Twenties Fashions, Major Advances in Technology with many of the inventions still in use today, The growth of the movie industry, women voting rights, the start of the mass production of cars, radios for the home and popular culture, The Twenties were a time of radical change caused by the many changes happening in technology with new advancements, discoveries, and inventions.

The 20’s was the height of consumer culture and conspicuous consumption. Buying on credit was an increasing trend. While the decade both started and ended with a depression, the flourishing capitalist economy allowed the average American to enjoy niceties only previously enjoyed by the upper class.

The 1920’s are often referred to as the Roaring Twenties or the Jazz Age. Jazz symbolized the decade’s spirit of liberation. Female musicians like Bessie Smith emerged during this period of post-war equality, paving the way for future female artists. New dance styles also emerged in this time, involving spontaneous body movements and closer physical contact between partners. Public dance halls, clubs, and tea rooms opened in the cities.

The 20’s were Broadway’s prime years, with over 50 new musicals opening in just one season. Record numbers of people paid up to $3.50 for a seat at a musical. It was also a decade of incredible artistic developments in musical theater.

There were three major inventions that made popular music more accessible than ever before: the phonograph, radio, and the record player. Piano sales sagged as phonograph production increased from 190,000 in 1923 to 5 million in just six years! The popularity of jazz and blues music fueled the phonograph boom. A few of the most popular musicians during the time were George Gershwin, Al Jolson, Louis Armstrong, and Eddie Cantor.

The creation of highly influential secretive organizations such as the Council on Foreign Relations, the Frankfurt Institute, and the League of Nations (forerunner to the United Nations) were created to steer the US and world towards global governance and a New World Order.

The Rise of Hollywood

The movie industry in the Roaring Twenties really blossomed and expanded. The 1920’s was the start of the studio and the birth of “stars”. Most people are unaware that the greatest output of feature films in the US occurred in the 1920’s and 1930’s – averaging about 800 film releases in one year. By the mid-20’s, movies were big business with a capital investment totaling over $2 billion! Some theaters even started to offer double features during the end of this time.

Even the earliest films were organized into genres. The major genre emphasis was on swashbucklers, horrors, and melodramas. The transition to sound-on-film technology occurred mid-decade with the talkies, or “taling pictures” developed in the mid 20’s, after about a decade of experimental techniques. The two studios that were crucial in the development of technology of sound in movies were Fox Studios and the Warner Brothers.

In the earliest years of the motion picture industry, production, distribution, and exhibition were separately controlled. It wasn’t until the industry’s rapid growth that these functions became integrated to maximize profits. By the end of the decade, the “Big Five” were set to rule and monopolize the film-making industry for the next 50 years. The Big Five Studios were: Warner Bros. Pictures, Famous Players-Lasky Corporation (Later became Paramount Pictures), RKO Pictures, Metro-Goldwyn-Mayer, and Fox Film Corporation (Later became 20th-Century Fox).

Directors were finally able to break out of the norm in the 1920’s. They received more recognition than ever before as they used their own personal stylistic signatures on their films. Many believe that this is a reason why so many movies were being produced during this time. Without the limitations of movie directing, the director’s role dramatically changed.

In the 1920’s came the first Academy Awards, first talking picture, and the first musical. The film industry was dominated by comedy and adventure with films like The Three Musketeers, Robin Hood, and The Black Pirate. The three movies that won Oscars in the 1920’s were The Broadway Melody, Sunrise, and Wings. Here is a list of the 10 most popular films in the twenties! 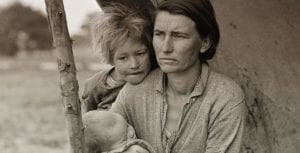 In the United States, the Great Depression began soon after the stock market crash of October 1929, which sent Wall Street into a panic and wiped out millions of investors. Over the next several years, consumer spending and investment dropped, causing steep declines in industrial output and rising levels of unemployment as failing companies laid off workers. By 1933, when the Great Depression reached its nadir, ...
Read More
September 25, 1929 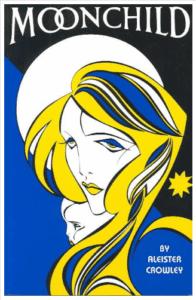 Published in 1929, “The Moonchild” was a work of fiction based on actual people and events. Characters based on the famous and infamous of the time were given fictitious names — Dancer Isadora Duncan appeared as Lavinia King, and inventor of the Rider-Waite tarot, A.E. Waite, appeared as Arthwaite. The work is the story of a war between dark and light magicians over an unborn child imbued ...
Read More
April 20, 1929 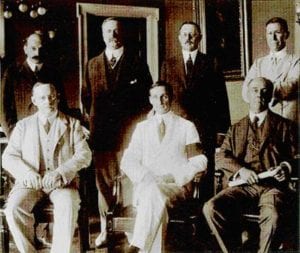 The New York Times headlines read, "Federal Advisory Council Mystery Meeting in Washington". Resolutions were adopted by the council and transmitted to the board, but their purpose was closely guarded. An atmosphere of deep mystery was thrown about the proceedings both by the board and the council. Every effort was made to guard the proceedings of this extraordinary session. Evasive replies were given to newspaper correspondents." ...
Read More
November 1, 1928 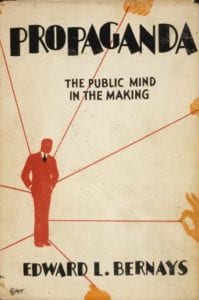 Edward Bernays Publishes ‘Propaganda’: “Propaganda is the executive arm of the invisible government”

Edward Bernays, who is considered to be the “father of public relations” and used concepts discovered by his uncle Sigmund Freud to manipulate the public using the subconscious, publishes his book "Propaganda". Chapter 1 begins with these words (Unless otherwise noted, page numbers refer to the 2004 Ig Publishing edition, ISBN 0970312598): The conscious and intelligent manipulation of the organized habits and opinions of the masses ...
Read More
August 28, 1928 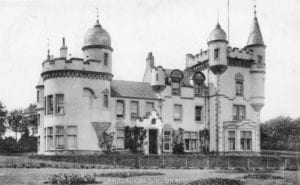 The Secret Oil Cartel Beginnings in the Scottish Highlands

Three men had an appointment at Achnacarry Castle - a Dutchman, an American and an Englishman. The Dutchman was Henry Deterding, a man nicknamed the Napoleon of Oil, having exploited a find in Sumatra. He joined forces with a rich ship owner and painted Shell salesman and together the two men founded Royal Dutch Shell. The American was Walter C. Teagle and he represents the Standard ...
Read More
May 29, 1928 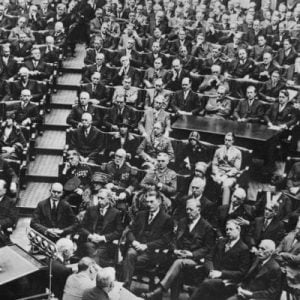 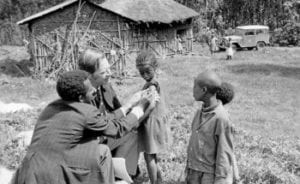 Dr. L. Parry Writing in the British Medical Journal asks: “How is it that smallpox is five times as likely to be fatal in the vaccinated as in the unvaccinated?” 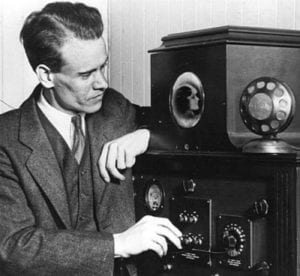 Philo T Farnsworth (1906-1971) was a Mormon farm boy who is the undisputed inventor of television yet he made little money and got little credit for his efforts. Instead he was tied up in litigation by David Sarnoff and his RCA corporate lawyers, and, although he eventually was ruled the sole inventor of TV  by the US Patent Office, he collected precious few royalties from Sarnoff ...
Read More
August 8, 1927 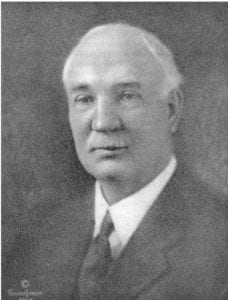 Maine Education Commissioner Dr. Augustus Thomas: “If There are Those who Think we are to Jump Immediately into a New World Order… They are Doomed to Disappointment.”

THE CHRISTIAN SCIENCE MONITOR OF AUGUST 8, 1927 quoted from an address to the World Federation of Education Associations (WFEA) at their Toronto, Canada conference delivered by Dr. Augustus Thomas, commissioner of education for the state of Maine. Excerpts from Dr. Thomas’s revealing address follow: If there are those who think we are to jump immediately into a new world order, actuated by complete understanding and ...
Read More
August 7, 1927 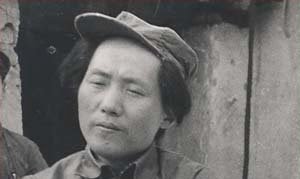 Mao: “Political power grows out of the barrel of a gun”

The phrase was originally used by Mao during an emergency meeting of the Chinese Communist Party (CCP) on 7 August 1927, at the beginning of the Chinese Civil War. Mao employed the phrase a second time on 6 November 1938, during his concluding speech at the sixth Plenary Session of the CCP's sixth Central Committee. The speech was concerned with both the Civil War and the Second Sino-Japanese War, which had commenced the ...
Read More
More