Israel pyrposefully attacks the USS Liberty killing 34 and wounding 171. John McCain is rescued in Hanoi when his fighter plane is shot down; then when captured, McCain sings like a canary. The Report from Iron Mountain is published. The CIA created Operation CHAOS to infiltrate and spy on peace activists and civil rights groups. John McCain almost singlehandedly destroys an aircraft carrier… his own as he wrecklessly handled his fighter jet on the deck of the carrier. The CIA puts out a memo to call anyone questioning the Warren report on the cover up of the JFK assassination a “conspiracy theorist.” Virgil “Gus” Grissom, the Senior astronaut and slated to be the first to walk on the moon but outwardly critical of the moon program, and his crew, were killed during a launch pad simulation.

Evidence of a Catholic Jesuit Order document called the “Magisterial Privilege" was presented in a 2014 court case by the Chief Prosecutor. The 2014 international court case involved five judges and 27 jury members from six countries including the USA, considering evidence on over 50,000 missing Canadian, US, Argentine and European children who were suspected victims of an international child sacrificial cult referred to as the ...
Read More
October 26, 1967 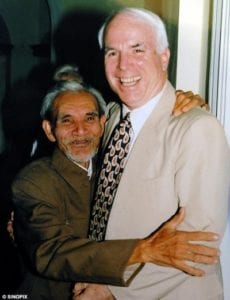 In all the tales of wartime courage peppering John McCain during his presidential campaign trail and following his death in August 2018, perhaps the most outstanding example of selfless heroism involved not the Senator but a humble Vietnamese peasant. On October 26, 1967, Mai Van On ran from the safety of a bomb shelter at the height of an air raid and swam out into the ...
Read More
October 16, 1967 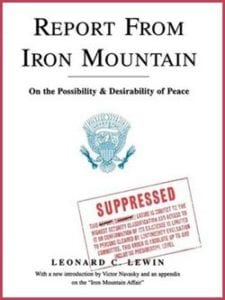 The ‘Report from Iron Mountain’ is Published

The substance of these stratagems [for the weakening of the U.S. so it can be more easily merged into a global government based on the model of collectivism] can be traced to a think-tank study released in 1966 called the Report from Iron Mountain. Although the origin of the report is highly debated, the document itself hints that it was commissioned by the Department of Defense ...
Read More
September 24, 1967 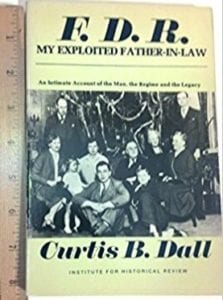 Curtis Bean Dall, son-in-law of FDR, revealed in his book 'My Exploited Father in Law' that : "Usually, carefully screened leading “actors” are picked well in advance of election day by a small group, picked for both major parties, thereby reducing the promotional risk to just about zero. On the political stage, one must be groomed by “backers” to become a “statesman.” It is desirable for ...
Read More
September 12, 1967 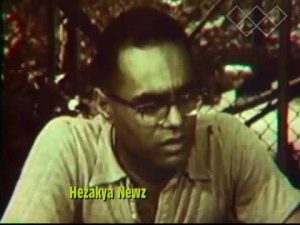 The New Left was a broad political movement mainly in the 1960s and 1970s consisting of activists in the Western world who campaigned for a broad range of reforms on issues such as civil and political rights, feminism, gay rights, abortion rights, gender roles and drug policy reforms. Some saw the New Left as an oppositional reaction to earlier Marxist and labor union movements for social ...
Read More
August 1, 1967 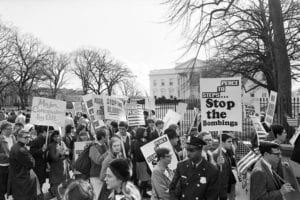 In August 1967, the CIA created the Special Operations Groups within the Counter-lntelligence Division. Richard Ober, chosen to head the new project known as Operation CHAOS, was uniquely suited to the job. In early 1967, Ramparts magazine had exposed CIA secret funding of the National Student Association, causing acute embarrassment to the agency. In response, Ober was assigned to investigate members of the staff of the ...
Read More
July 29, 1967

USS Forrestal Disaster: John McCain, All by Himself, Nearly Sank an Aircraft Carrier… His Own!

John McCain’s personal account of his life has shaped a powerful political narrative that accords him deference on the full range of policy issues. His first effort at shaping that narrative received a remarkable boost when the May 14, 1973, edition of U.S. News & World Report gave him space for what is perhaps the longest article the magazine had ever run, a 12,000-word piece composed ...
Read More
June 8, 1967 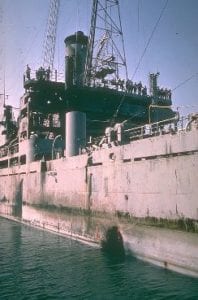 In 1967, at the height of the Arab-Israeli Six-Day War, the Israeli Air Force launched an unprovoked attack on the USS Liberty, a US Navy spy ship that was monitoring the conflict from the safety of international waters in the Mediterranean. Israeli jet fighters hit the vessel with rockets, cannon fire and napalm, before three Israeli torpedo boats moved in to launch a second more devastating ...
Read More
April 1, 1967 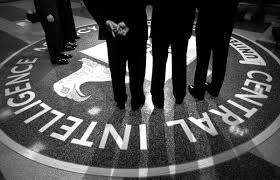 CIA Document 1035-960: The Memo that Began the Weaponization of the Term “Conspiracy Theorist” to Smear Jim Garrison and Others who Questioned their Official Narrative on JFK’s Assassination

“Conspiracy theory” is a term that at once strikes fear and anxiety in the hearts of most every public figure, particularly journalists and academics. Since the 1960s the label has become a disciplinary device that has been overwhelmingly effective in defining certain events off limits to inquiry or debate. Especially in the United States raising legitimate questions about dubious official narratives destined to inform public opinion ...
Read More
January 27, 1967 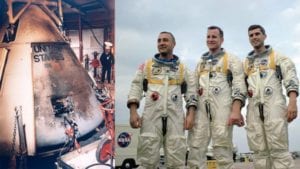 Virgil "Gus" Grissom, the Senior astronaut and slated to be the first to walk on the moon but outwardly critical of the moon program, and his crew, were killed during a launch pad simulation. His family maintains he was murdered. Thomas Baron investigated the incident and determined it was sabotage and prepared a 500 page report. Shortly after, Baron and his family were mysteriously hit and ...
Read More