A young man with a rifle, a handgun, 100+ rounds of ammo and body armor entered a Springfield, Missouri Walmart.

Citizen journalist Bradley Cooper shared exclusive photos of the gunman with The Gateway Pundit as the man was arrested. 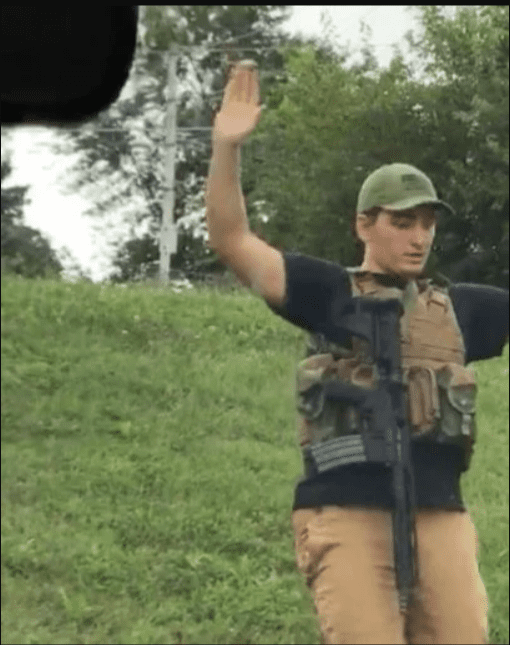 The incident happened at 3150 W. Republic Rd., according to a Facebook post from the Springfield Police Department.

Police said the man was wearing body armor and military fatigues when he walked into the store around 4:30 p.m., according to a report from KYTV. He was carrying a rifle, roughly 100 rounds of ammunition and was walking around the store recording video with a cellphone.

“His intent was not to cause peace or comfort … He’s lucky he’s alive still, to be honest,” Lt. Mike Lucas told KYTV.

Police say the man was recording himself walking through the store using his phone.

The store manager at the Neighborhood Market pulled a fire alarm, urging shoppers to escape the store.

Police say the man then made his way out of an emergency exit where a firefighter held the man at gunpoint.

A 20-year-old is facing charges for making terroristic threats after walking into a Walmart store in Springfield, Missouri wearing body armor and carrying a firearm and ammunition. Dimitriy N. Andreychenko is currently in the Greene County Jail and being held on a $10,000 bond.

Making a terrorist threat in the second degree is a felony and is punishable by up to four years in the Missouri Department of Corrections with a fine of up to $10,000.