Cognitive Dissonance" /> Skip to content
« Back to Glossary Index

In psychology, it is the mental stress or discomfort experienced by an individual who holds two or more contradictory beliefs, ideas, or values at the same time; performs an action that is contradictory to their beliefs, ideas, or values; or is confronted by new information that conflicts with existing beliefs, ideas or values. Denial and avoidance are among the most important psychological concepts to the Truth Movement. Cognitive dissonance relates to the concept of being exposed to information or having experiences that conflict with our existing base of “what we know.” The theory holds that our minds are not always flexible or rational when it comes to evaluating uncomfortable information or questioning our own beliefs. “Dissonant cognitions” will cause us to dismiss or alter conflicting information or add justification to one side or the other—not necessarily rationally—in order to regain psychological balance.

It’s an important concept to consider in terms of the way people block things out or justify things to themselves. If there is a lot of built up psychological stake in a certain position or attitude and a piece of solid evidence comes in which conflicts with that position, it may be easier, psychologically, to dismiss the new information than alter the existing structure. 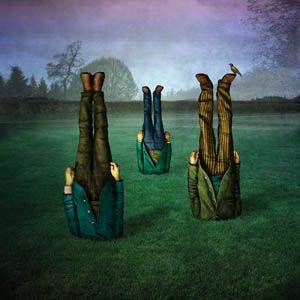 When we are faced with information that is too uncomfortable to accept, we reject this information outright or we minimize its importance. This is the psychological defense mechanism known as denial. We resort to denial to avoid cognitive dissonance when faced with new information that challenges our worldview, or when we hold beliefs that are contradictory to known facts. The discomfort motivates us to either change our behavior, change our cognition, or justify our behavior by acquiring a secondary cognition. This dynamic is common to us all.

You can imagine how ingrained psychological structures can be when a human being is raised within a certain country, system, or reality. Growing up in the US, or any culture, for that matter, you will absorb an overwhelming number of messages about what is true, what is possible, and what is important.

Many of of these messages are absorbed subconsciously and become part of the basic structure of our reality. It becomes very difficult to question the fundamentals when opposing messages only come in small doses from the “fringe.”

“Conspiracy theories” seem to be the quintessentially cognitive dissonant concepts of our culture. For many people, the idea that JFK was killed by the government or “9/11 was an inside job” threatens the entire fabric of their consciousness. These things simply cannot be true and people will bend over backwards and resort to irrationality and ridicule to avoid considering them.

Cognitive dissonance can work both ways. It is extremely difficult to maintain a vigilantly open mind. Whatever your dominant perspective or worldview happens to be, it is inevitable that you will sometimes use rationalizations in order to save the time or mental stress of dealing with conflicting information. Cognitive dissonance is actually a necessary and natural mental function, but it is also a phenomenon that we should be aware of, in ourselves and others, as it is a process that does not always serve us well in the quest for objectivity and truth.

In their book Mistakes Were Made, But Not By Me, social psychologist Carol Tavris and Elliot Aronson, one of the top 100 psychologists of the 20th century and inventor of the Jigsaw Classroom, take you on a journey of famous examples and areas of life where mistakes are hushed up instead of admitted, showing you along the way how this hinders progress, why we do it in the first place, and what you can do to start honestly admitting your own.

The book goes into the mechanisms in our brains, which prevent us from admitting our mistakes, shows how this causes damages in all areas of life, and provides valuable starting points to finally start manning up, and admitting them.

Here are 3 things to learn from the book:

For example, most smokers know that smoking is bad and often talk about the downsides, how they know they should quit and how you should “never pick up smoking” in the first place. Yet, they still smoke. Instead of admitting that they’re addicted to cigarettes though, they make up self-justifications, like “I don’t smoke that much so it’s probably not that bad.” These justifications sadly make us cling even more to our bad behavior, because once we’ve made them up, we go looking for evidence, even when there is none to be found. This is called confirmation bias and it can lead you to not only believe in very shaky evidence, but even spin contradictory evidence, or the absence of evidence altogether, in your favor.

WARNING: Some strong language in the video below…