A country in North America directly south of the United States. Mexico is a federal republic with 31 states and 1 federal district. Its capital is Mexico City. At present Mexico’s territory covers almost 2 million square kilometers with a population of about 130 million. Major cities include: Mexico City (capital), Guadalajara, Monterrey, Puebla, Tijuana.1 One-fifth of Mexicans live in the metropolitan area of Mexico City and three-fifths live in other cities, leaving only 21 million who are rural.

Mexico’s geographical position makes it an import nation as far as the importation of illegal drugs into the USA – especially cocaine from South America. Joël van der Reijden writes that “Information that came out in the wake of the Kiki Camarena death clearly demonstrates that the CIA and Mexican government have been working hand in hand with the drug cartels, with the CIA apparently controlling and employing them as right wing death squads”, also noting that “hundreds of journalists have been murdered or disappeared in Mexico in the past decades.“[2]

In 2017, as thousands of declassified files on John F. Kennedy were made public, journalist Raymundo Riva Palacio found out that three former Mexican presidents – Adolfo Lopez Mateos (1958-1964), Gustavo Díaz Ordaz (1964-1970) and Luis Echeverria (1970-1976) – were unpaid agents for the U.S. government,[3] leading to the assumptions that these three might not be the only ones. (Wikispooks)

Mexico is the most populous Spanish-speaking country in the world and the second most-populous country in Latin America after Portuguese-speaking Brazil. About 70% of the people live in urban areas. Many Mexicans emigrate from rural areas that lack job opportunities—such as the underdeveloped southern states and the crowded central plateau—to the industrialized urban centers and the developing areas along the U.S.-Mexico border. The Mexico City region has 18 million people and is the largest concentration of population in the Western Hemisphere. Cities bordering on the United States—such as Tijuana and Ciudad Juarez—and cities in the interior—such as Guadalajara, Monterrey, and Puebla—have undergone sharp rises in population and income in recent years.

In 2008, according to the Pew Research Center 12.7 millions of immigrants in the US were of Mexican origin (32% of all immigrants living in that country).[1] Mexicans often join and serve together in the US military. There are high concentrations of Mexicans and Mexican-Americans in California marine units, Texas National Guard units, and, for some unexplained statistical quirk, there are many Mexican Patriot missile operators.

Education is among the Mexican government’s highest priorities, and the education budget has continued to grow in recent years. Funding for education increased from 6.9% of GDP in 2002 to 7.3% of GDP in 2005. While efforts to decentralize responsibility for education from the federal to the state level in order to improve accountability are ongoing, the central government still retains significant authority. Although educational performance in Mexico has improved substantially in recent decades, the country still faces several major problems, including providing education to rural and indigenous populations.

Education is currently mandatory for ages 5 through 15. An education reform law enacted in 2002 will make preschool mandatory for all children ages 3 and up by 2008. This reform is being implemented in stages. In 2005, 77.4% of the population between the ages of 3 and 15 were enrolled in school. Primary, including preschool, enrollment totaled 18.8 million in 2005. Enrollment at the secondary public school level rose from 5.4 million in 2000 to 5.9 million in 2005. After a significant increase in higher education enrollment during previous decades, Mexico has seen a slower rise in university enrollment more recently. Numbers rose from 2 million enrolled in 2000 to 2.4 million in 2005. 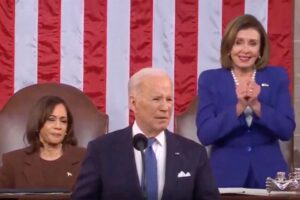 President Joe Biden delivered his first State of the Union address as his administration struggled to combat soaring inflation, confusing coronavirus messaging, surging illegal immigration, rising global influence of the Chinese Communist Party, and the possibility of a larger military conflict stemming from Russia’s invasion of Ukraine.1 Biden failed to mention one of his vital campaign proposals, the Build Back Better plan, during his first annual ...
Read More
April 13, 2021

An organization with ties to the Biden administration was awarded a $530 million no-bid federal contract to care for unaccompanied migrant children after they have come across the southern border, a person familiar with the contract confirmed to the Washington Examiner. The Biden administration has, for the second time in a month, awarded a massive federal contract to the group without allowing other businesses and nonprofit groups to ...
Read More
January 18, 2021 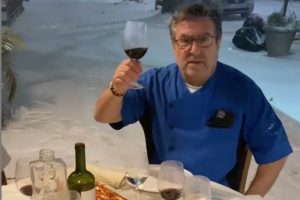 Over the weekend, more than 50,000 restaurants in Italy defied the country’s lockdown measures due to CONvid.  The owners were displaying a massive act of civil disobedience that is sure to encourage others to do the same. Freedom-Loving, Anti-Lockdown Protesters Force Their Way Into Oregon Capitol Oregon: State Senator Calls Special Session ‘Illegitimate’ & Governor’s Tyranny “Campaign Against The People & Children Of God” – Removes ...
Read More
December 2, 2020 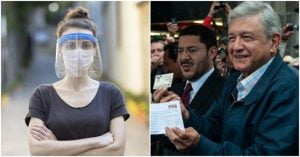 Mexican President Andrés Manuel López Obrador has described coronavirus lockdowns as “dictatorship” during a recent press conference with reporters. He described such lockdown measures as “fashionable among authorities … who want to show they are heavy handed, dictatorship”, according a report by the Associated Press. He went on to claim that the advocates of such measures have “authoritarian instincts” and do not respect the freedom of the Mexican ...
Read More
October 22, 2020 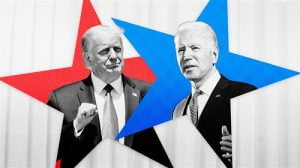 President Trump trounced Joe Biden during their final debate Thursday night in Nashville, Tennessee. It wasn’t even close. Biden was looking at his watch because he couldn’t wait to get the hell out of the ring (I’m also told the debate took place in the middle of a Matlock marathon.) I was looking at my watch because I didn’t want it to end. A quick word on ...
Read More
Tags: border wall, drug trafficking, illegal immigration, Mexico