Claudio Borio, Head of the Monetary and Economic Department at the BIS, published the BIS Quarterly Review, September 2019on Sunday, revealing how the increasing acceptance of negative interest rates has reached “vaguely troubling” levels.

The statement comes after the Federal Reserve and European Central Bank (ECB) cut interest rates to flight a global manufacturing slowdown — Borio said that the effectiveness of monetary policy is severely waning and might not be able to counter the global downturn, in other words, JPMorgan Global Composite PMI might print sub 50 for a considerable period of time.

“The room for monetary policy maneuver has narrowed further. Should a downturn materialize, monetary policy will need a helping hand, not least from a wise use of fiscal policy in those countries where there is still room for maneuver.” 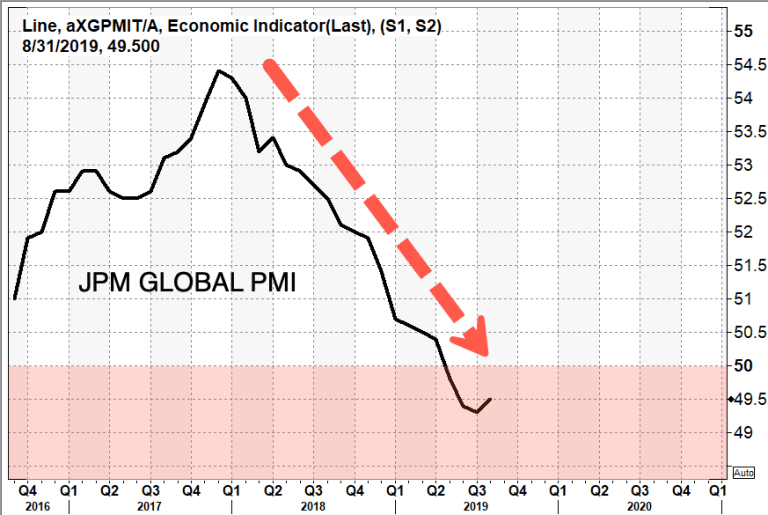 The BIS, known as the ‘central bankers’ bank,’ said the recent easing by the Fed, ECB, and PBOC, has pushed yields lower across the world, contributing to the more than $17 trillion in negative-yielding tradeable bonds.

From Germany to Japan, 10-year government debt rates have plunged into negative territory, in recent times.

“Against this backdrop, sovereign bond yields naturally declined further, at times driven by the prospect of slower economic activity and heightened risks, at others by central banks’ reassuring easing measures. At one point, before the recent uptick in yields, the amount of sovereign and even corporate bonds trading at negative rates hit a new record, over USD 17 trillion according to certain estimates, equivalent to roughly 20% of world GDP. Indeed, some households, too, could borrow at negative rates. A growing number of investors are paying for the privilege of parting with their money. Even at the height of the Great Financial Crisis (GFC) of 2007-09, this would have been unthinkable. There is something vaguely troubling when the unthinkable becomes routine,” Borio warned.

Central bankers have already acknowledged that the flurry of recent rate cuts had continued to deplete their already-limited firepower – which would make their ability to fight a prolonged downturn less effective than ever before. 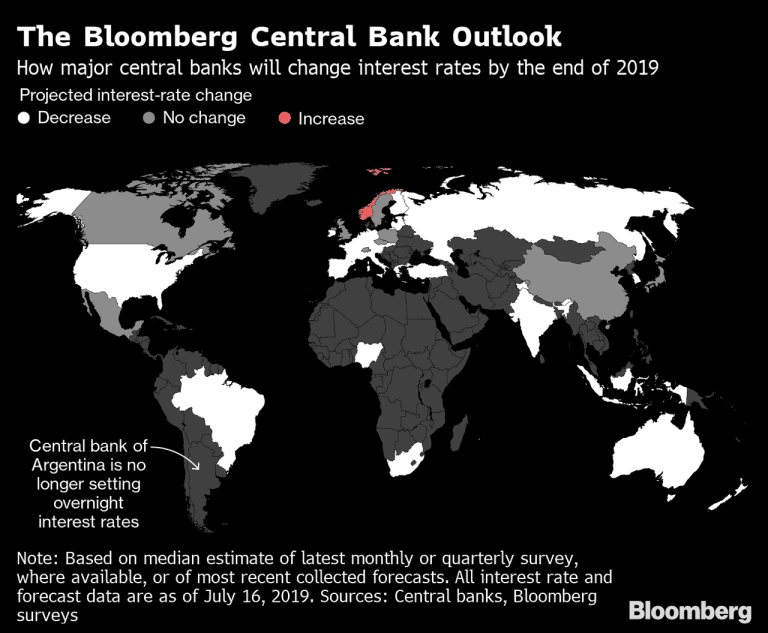 ECB President Mario Draghi said earlier this month that “it’s high time for the fiscal policy to take charge,” an indirect admittance that monetary policy has run its course.

“Almost all the things that you see in Europe, the creation of more than 11 million jobs in a short period of time, the recovery, the sustained growth for several quarters, were by and large produced by our monetary policy. There was very little else… Now it’s high time for the fiscal policy to take charge.”

Borio said global markets were alarmed this summer by the inversion of the US and other major countries’ bond yield curves.

He also warned about the corporate debt market, specifically major imbalances in leveraged loans known as collateralized loan obligations (CLOs) which “represent a clear vulnerability” to the global financial system. 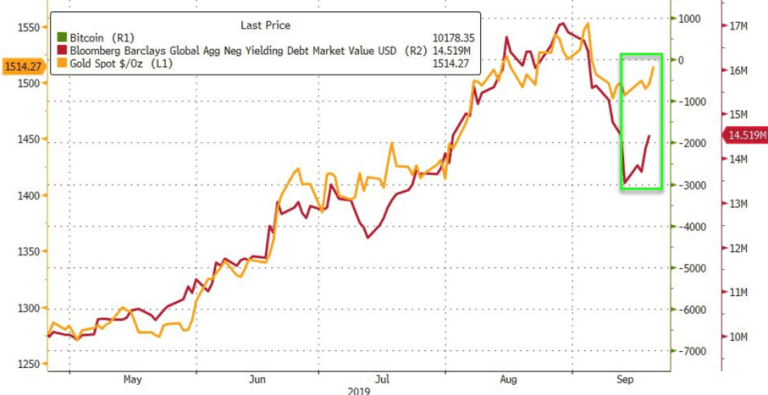