Since the internet bombshell launched by WikiLeaks‘ release of John Podesta emails and the uncovered Comet Pizza’s bizarre and suspicious activities leading to the 2016 Pizzagate scandal, and the simultaneous reporting of unprecedented number of arrests made in child sex trafficking rings worldwide, clearly demonstrate that law enforcement is finally treating the global epidemic seriously. Yet the systematic kidnapping, torturing and raping of children by highly organized trafficking rings have barely if at all even scratched the surface of mainstream media coverage, which has chosen to act as a complicit accomplice and partner-in-crime in the unholiest of alliances with the child rapists themselves, consistently ignoring child sex trafficking rings being operated by powerful members of the world’s elite ruling class.

A prime example is the state owned BBC that knew for a number of decades that entertainer Jimmy Savile was raping hundreds if not thousands of defenseless, innocent children throughout the United Kingdom, and said and did absolutely nothing to stop it other than punish and silence those few who came forth trying to expose the evil. Johnny Rotten of the Sex Pistols was banned by the BBC after he spoke up and once the 37-year old TV presenter Jill Dando called attention to the known pedophilia abuse at the BBC, she was abruptly murdered outside her West London home in April 1999. 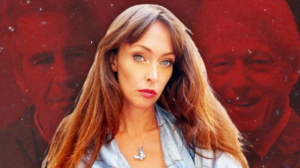 Victim: Epstein Shared Hotel Suite With Bill Clinton and Worried About Being Poisoned

Juliette Bryant was at a Cape Town cocktail lounge with a friend when an associate of Jeffrey Epstein approached her. “This guy is bothering me,” the woman, an American actress named Naja Hill, told them that night in September 2002. “Can I hang out with you guys?” Bryant, who had just turned 20, understood that women must look out for one another and welcomed the beautiful stranger to ...
Read More
March 15, 2022 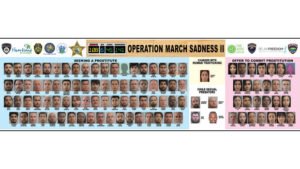 Authorities have arrested 108 people, including alleged child sexual predators and those seeking prostitutes, in a six-day undercover human trafficking operation in Florida. Among those taken into custody were four Disney employees and a retired judge, police said. "The arrests of a human trafficker and four child predators alone makes this whole operation worthwhile," Polk County Sheriff Grady Judd said Wednesday. "Where there is prostitution, there is exploitation, ...
Read More
March 8, 2022 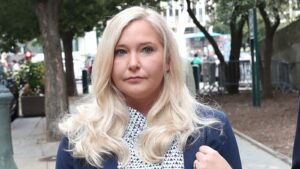 Virginia Giuffre’s sex-abuse lawsuit against Prince Andrew was formally dismissed Tuesday, weeks after the embattled royal and the longtime Jeffrey Epstein accuser said they had reached a settlement. Manhattan federal court Judge Lewis Kaplan signed a dismissal stipulation Tuesday afternoon, officially putting the case to a close. Giuffre and Andrew will each be responsible for paying their own legal costs and fees, according to the court document ...
Read More
February 19, 2022 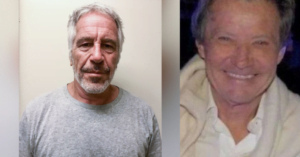 Jean-Luc Brunel, the former model scout who was in jail accused of trafficking underage girls to Jeffrey Epstein has been found dead in his prison cell in France. He was found hanging in his cell in La Santé, Paris, at approximately 1 am during a night check-in by guards. The fashion agent was arrested at Charles de Gaulle airport in December 2020 while trying to fly ...
Read More
November 28, 2021 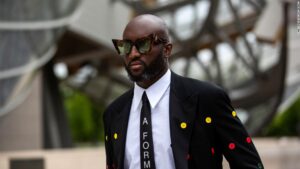 Virgil Abloh, the prolific black designer who worked with Louis Vuitton and was CEO of Off-White, died after he reportedly lost a “two-year battle with cardiac angiosarcoma, a rare cancer” at 41 years old on Sunday, just one day before the criminal trial of alleged sex trafficker Ghislaine Maxwell. National File has learned that Abloh was once named in a now-dismissed sex trafficking lawsuit against Mark ...
Read More
November 19, 2021

The Great Reset and Great Recession The world is currently facing two major challenges: First, the fight for a possible New World Order. The global leadership of the United States has turned into a struggle between the USA and China for world domination. And secondly, the international financial and currency system is facing a historic collapse. These two factors pose a grave threat to the order, stability ...
Read More
June 28, 2021

NASHVILLE, Tenn. (WZTV) — Metro Police said 17 people are charged after they tried to buy sex from someone they believed to be 16 years old, but it was really an undercover officer. According to a news release, the suspects responded to online ads by a Metro Police Human Trafficking Unit officer. Police say they men knowingly arrived at a Donelson Pike and Royal Parkway hotel ...
Read More
June 25, 2021 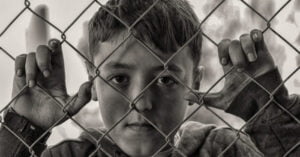 A joint operation between U.S. Marshals and state and local authorities in Georgia recovered 20 children alleged to be victims of child sex trafficking in metro Atlanta, sheriffs reported. The operations were part of a more general mission called “Operation Not Forgotten 2021.” It was conducted in Atlanta over two weeks and was the third of its kind designed specifically to rescue missing children, possibly victims ...
Read More
May 3, 2021 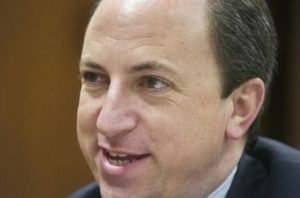 Former Oregon House Speaker and current Clackamas Community College board member Dave Hunt has been arrested and charged by Portland police in an undercover sex traffic sting operation. Hunt, a Democrat, voted for the 2011 bill that he is charged under. The Democrat was one of eight men cited by the Human Trafficking Unit of the Portland Police in April. Officers had set up a sting operation ...
Read More
March 30, 2021 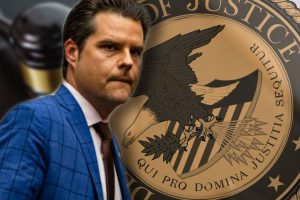 The New York Times published a hit piece on popular Trump-supporter Rep. Matt Gaetz (R-FL) saying the Florida Congressman was under investigation for dating a 17-year-old girl. Representative Matt Gaetz, Republican of Florida and a close ally of former President Donald J. Trump, is being investigated by the Justice Department over whether he had a sexual relationship with a 17-year-old and paid for her to travel with him, according ...
Read More