On February 10th, 1954, CIA doctors successfully created a Manchurian Candidate assassin. A hypnotised subject fired a pistol at another subject before collapsing into a deep sleep. Of course, the pistol had not been loaded and again, the subject was totally amnesic of her actions.

…both were awakened and expressed complete amnesia for the entire sequence.” 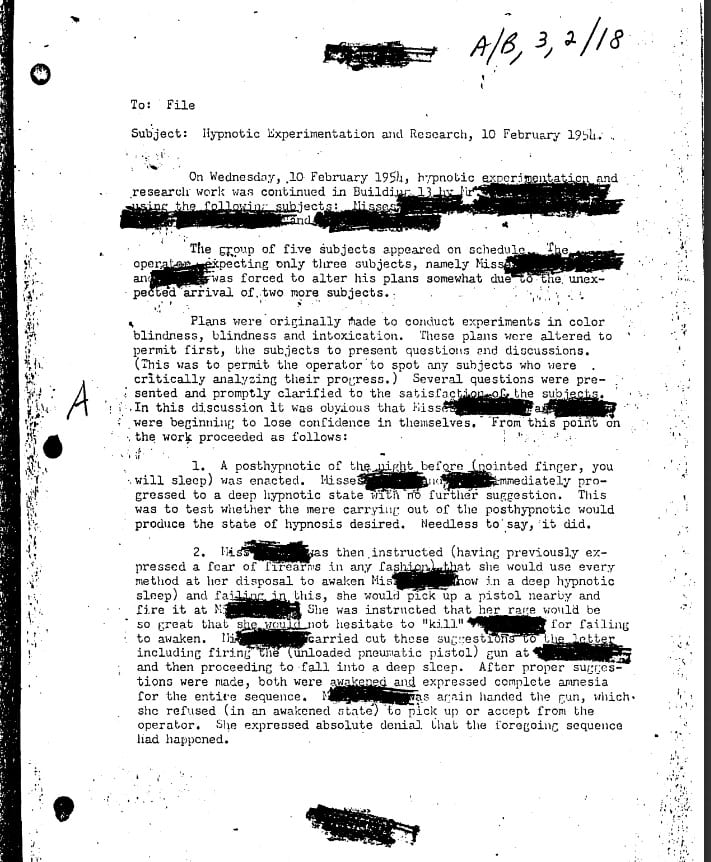 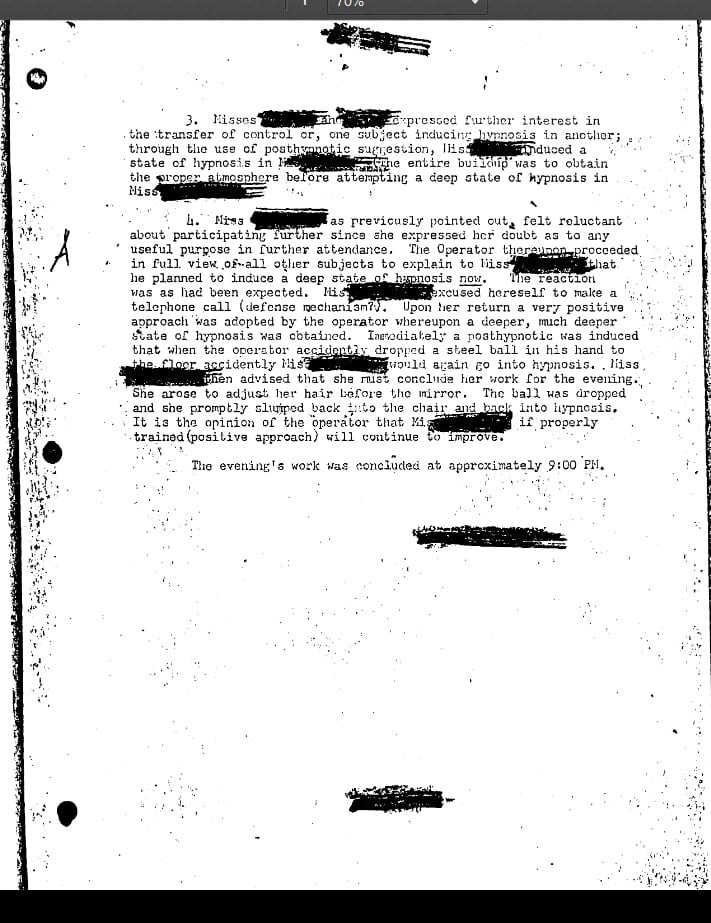