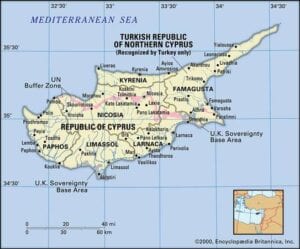 Cyprus is an island in the eastern Mediterranean Sea renowned since ancient times for its mineral wealth, superb wines and produce, and natural beauty. A “golden-green leaf thrown into the Sea” and a land of “wild weather and volcanoes,” in the words of the Greek Cypriot poet Leonidas Malenis, Cyprus comprises tall mountains, fertile valleys, and wide beaches. Settled for more than 10 millennia, Cyprus stands at a cultural, linguistic, and historic crossroads between Europe and Asia. Its chief cities—the capital of Nicosia, Limassol, Famagusta, and Paphos—have absorbed the influences of generations of conquerors, pilgrims, and travelers and have an air that is both cosmopolitan and provincial. Today Cyprus is a popular tourist destination for visitors from Europe, favoured by honeymooners (as befits the legendary home of Aphrodite, the ancient Greek goddess of love), bird-watchers drawn by the island’s diversity of migratory species, and other vacationers. (Britannica) 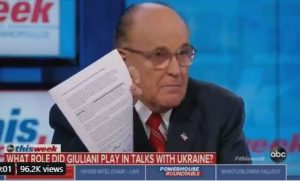 Trump’s personal lawyer Rudy Giuliani taunted the Deep State-Democrat-media complex Sunday morning and said he will be sharing evidence he “has garnered through hundreds of hours of research.” “Stay tuned,” Rudy said building anticipation. In my next thread of tweets I will be sharing some of the evidence I have garnered through hundreds of hours of research. Turn notifications on & stay tuned. — Rudy Giuliani ...
Read More
November 13, 2019 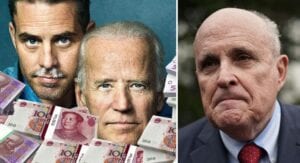 Rudy Giuliani leveled serious new claims at the Bidens in a series of Monday morning tweets. Chief among them is a claim that $3 million was laundered to former Vice President Joe Biden's son, Hunter, via a "Ukraine-Latvia-Cyprus-US" route - a revelation he claims was "kept from you by Swamp Media." Giuliani also says that Obama's US embassy instructed Cyprus not to reveal the dollar amount ...
Read More