The official story is that Micah Xavier Johnson ambushed and fired upon a group of police officers in Dallas, Texas, killing five officers and injuring nine others. Two civilians were also wounded. Johnson was an Army Reserve Afghan War veteran who was reportedly angry over police shootings of black men and stated that he wanted to kill white people, especially white police officers. The shooting happened at the end of a peaceful Black Lives Matter-organized protest against police killings of Alton Sterling in Baton Rouge, Louisiana, and Philando Castile in Falcon Heights, Minnesota, which had occurred in the preceding days.

Following the shooting, Johnson fled inside a building on the campus of El Centro College. Police followed him there, and a standoff ensued. In the early hours of July 8, police killed Johnson with a bomb attached to a remote control bomb disposal robot. It was the first time U.S. law enforcement used a robot to kill a suspect.

The shooting was the deadliest incident for U.S. law enforcement since the terrorist attacks of September 11, 2001, surpassing two March 2009 shootings in Oakland, California, and a November 2009 ambush shooting in Lakewood, Washington, both of which killed four officers.

Was the Dallas police shootings a false flag?

In February 2014 paramilitary snipers (later identified as Gladio operatives) opened fire on protesters and police forces in Ukraine, escalating the crisis and putting the final nail in the coffin of Yanukovych’s rule. In March 2011 the “spontaneous democratic protest” in Daraa led to carnage as trained snipers killed seven policemen and four protesters, escalating the crisis and launching the five-year long devastation of Syria. In July 2016 unidentified snipers opened fire at an otherwise peaceful protest in Dallas, potentially sparking America’s next civil war. Do you see a pattern?

4 Snipers allegedly opened fire on a crowd; hitting 5 police and 2 civilians. They then supposedly ran around killing officers while dressed in full body armor. Now police are just blaming one man; an Army vet.

“He shared police conspiracies and his dislike for police officers”, a law enforcement source said. 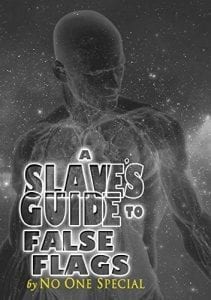 A Slave’s Guide to False Flags: Welcome to an excerpt of my book. In A Slave’s Guide to False Flags we take a look at how governments commit acts of terrorism to manipulate their own citizens. Please see the full book: A Slave’s Guide to the Galaxy.In a Slave’s Guide to the Galaxy, we take an uncompromising look at how the system has been arranged to keep us all in place. From schooling to death, we will show you how our owners have manipulated everything from your work placement, home and money which all keeps you in place on the plantation. It is in every human beings interest to read this book and wake up to the nefarious society we all live in. Believe you are free? You are far from it.