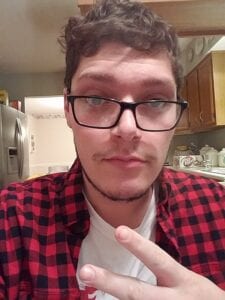 The mass shooter in Dayton, Ohio was identified by police as Connor Betts, who was shot dead by police within seconds, but not before he killed nine innocent people including his own younger sister. The brother and sister drove together to Dayton’s Oregon District, an entertainment area with bars and restaurants, sometime Saturday night. Once there, they went their separate ways, police said.

The shooting started around 1 a.m., police said. Megan was one of the first to die. The suspected gunman did not have a serious criminal record, but some people who knew him said he’d been troubled in the past. One classmate said he’d been bullied in high school and responded by making a hit list. “He had a plan to shoot up the high school,” said Laura Wakeley, who attended Bellbrook High School with him. She said he was kicked out of school after the incident but eventually was allowed to return.

The man who killed nine people Sunday morning in Dayton’s Oregon District was once kicked out of Bellbrook High School for making a list of girls he wanted to kill, the Dayton Daily News learned in interviews with former classmates and school administrators.

Connor Betts, 24, was shot and killed by Dayton police, ending a brief yet deadly rampage in which he killed his sister, eight others and injured 27.

Chris Baker, a former Bellbrook High School principal, was asked about the hit list appearing on a bathroom wall at the school. “I would not dispute that information,” he told the Dayton Daily News, declining to comment further. The suspect was a student at Sinclair Community College in Dayton, though he was not enrolled at the school for the summer.

Friends also told the newspaper that the shooter had threatened to attack bars:

Friends of the Dayton Oregon District shooter cut ties with him earlier this year because he’d unexpectedly brandish guns and once talked about shooting up Timothy’s, a popular bar among University of Dayton students, a former friend told the Dayton Daily News.

Other people — far from friendly with Connor Betts, the shooter — recalled to the Dayton Daily News how they’d been concerned about him and his bizarre behavior for years, even reporting him to local police.

“There were times when he went to bars and just scoped the place out,” El-Fakir said. “He’d say, ‘If I brought this-or-that through here, it would have done some damage.’”

The shooter’s threats were not taken seriously, according to the article. Breitbart News confirmed Sunday that he bought his guns legally.

The mainstream media have taken no interest in the Ohio shooter’s views, preferring instead to focus on the white supremacist views of the gunman who attacked a Walmart in El Paso, Texas, the day before, killing 22 and wounding dozens more.

The nine victims are listed below:

Connor Betts was deeply involved in the misogynistic, male-dominated “goregrind” or “pornogrind” extreme metal music scene. It has a regional following in the Midwest and is known for sexually violent, death-obsessed lyrics and dehumanizing imagery depicting women.

Over the past year, the 24-year-old shooter occasionally performed live vocals in the band Menstrual Munchies, which released albums titled “6 Ways of Female Butchery” and “Preeteen Daughter Pu$$y Slaughter,” with cover art showing the rape and massacre of female bodies. He also performed with a group called Putrid Liquid. (via Vice News – Read more…)

According to the Ohio Greene County Board of Elections Connor Betts, born in 1994, from Bellbrook was a registered Democrat and Trump hater contrary to the media narrative put out by mainstream media. He was a Bernie supporter, planned to vote for ‘Fauxcahantas’ Warren in 2020. and loved AOC and her squad – all truths you won’t hear from CNN, but clear from his own social media!

The day after the shooting, Breitbart News reported that Twitter had suspended an account reportedly linked to the shooter. The account had tweeted in support of socialism, in favor of Democratic presidential candidate Sen. Elizabeth Warren (D-MA), against President Donald Trump, and against Immigration and Customs Enforcement (ICE).

In a new report, the Dayton Daily News confirms that the shooter, who killed nine people and wounded over two dozen, was left-wing — and that he did not support the Second Amendment:

[Former friend Will] El-Fakir, who said he’s personally pro-2nd Amendment, described Betts as “definitely not a right-leaning person. His political views definitely leaned to the left. And believe it or not, he was actually pro-gun control. He was actually anti-2nd Amendment.”

“He never once spit out a conservative opinion on gun control,” El-Fakir said.

One of his tweets:

He used language often used by Antifa, exclaiming that he wants to “kill every fascist.” He also liked and commented on posts expressing support for the group.

“#2016ElectionIn3Words This is bad,” he wrote on Nov. 8, 2016. “You can’t kill 50+ people and injure 600(!) In 10 minutes with cigarettes my dude,” he wrote in 2017. In response to a Buzzfeed story that read, “Virginia has declared a state of emergency in anticipation of the “Unite the Right” rally anniversary in Charlottesville this weekend,” he wrote: “Kill every fascist.”

The suspect in the Dayton shooting early Saturday morning where nine people were killed has been identified as a 24-year-old man.

Law enforcement sources told CBS News the shooter was identified as 24-year-old Connor Betts, of Bellbrook, Ohio. The sources said police were searching his home Sunday morning. Police said the suspect was shot and killed by officers in less than one minute.

Suspect in Dayton shooting was wearing shorts with a black sweatshirt that read: “No heart to fear, no soul to steal.” The slogan is believed to be from a hateful and vengeful song called Ramirez by The Acacia Strain, a metalcore band. Betts was pictured with satanic patches on his jacket in a previous photo — via Robby Starbuck.

He was absolutely a far leftist. He was not a white supremacist and hated religious people. He repeated antifa, as well as Alexandria Ocasio-Cortez talking points on his social media. He was a global warming enthusiast and an avowed socialist. Every piece of evidence we have points to his radicalization coming via the left, not the right.


2 years ago
A new report by Crime and Security found that hundreds of Twitter accounts linked to the Chinese regime sowed discord in the United States before and then after the 2020 US election. Crime and Security Org reported: A sophisticated China-linked social media operation played a key role in spreading disinformation during and after the US election, a report from Cardiff University concludes. The study, from the Crime and Security Research Institute, shows evidence of the network’s activities reaching a wide audience, most successfully through a now debunked viral video … Read More