On June 30th, 1908, a giant explosion flattened over 800sq miles of forest near the Tunguska river in Siberian Russia. The area of the blast was extremely remote, but the devastation was immense. An estimated 80 million trees were flattened and whole herds of deer wiped out. The magnitude of the blast was thousands of times greater than the nuclear bomb dropped on Hiroshima and its impact was felt as far afield as Great Britain. Had it occurred just minutes later it would have destroyed the whole of St Petersburg and killed millions of people.

Whilst it quickly became apparent something momentous had happened at Tunguska, the area of the blast remained inaccessible until the first expedition there in 1927. The 1927 investigation began nearly a century of debate about what caused the blast, with explanations ranging from comets and meteors to expulsions of natural gas and even mini black holes. One of the alternative theories about Tunguska revolves around pioneering inventor Nikola Tesla.

Tesla was a scientific genius credited with several important innovations in electricity, magnetism and radio. For many years, he explored ideas for the wireless transmission of electricity. In 1901, he began construction of the 57m high Wardenclyffe tower in New York. Ostensibly for telegraphy, he used the tower to further his experiments into the transmission of electricity. But by 1906, his chief financial backer JP Morgan grew dissatisfied with Tesla’s experiments and withdrew funding. Tesla’s plans were in ruin, he became desperate and, according to biographers, suffered a nervous breakdown. 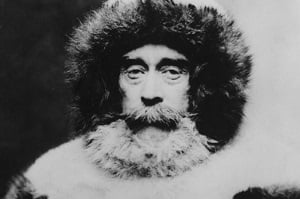 It has been suggested that Tesla tried to salvage his work at Wardenclyffe and revive his fortunes by staging an audacious publicity stunt. Tesla had become convinced his wireless electricity transmitter could be used as a weapon — able to transmit an electrical wave through the Earth of such intensity it could destroy a target hundreds of miles away. Like the rest of America, Tesla was gripped by the exploits of Admiral Robert Peary and his assault on the North Pole. At the time of the Tunguska blast in 1908, Peary was camped out at Ellesmere Island in preparation for his bid to reach the pole.

Tesla had made cryptic remarks about contacting Peary somehow and had instructed him to watch the tundra for ‘signals’. What better way for Tesla to demonstrate the awesome power of his device to the world than to fire a bolt of energy towards Ellesemere and rip up some ice or cause a light show? Advocates of the theory that Tesla was behind the Tunguska blast claim his publicity stunt went drastically wrong, his concentrated wave of electricity overshooting its target and instead causing the explosion at Tunguska. Could Tesla really have been responsible for the Tunguska blast?

The idea of death rays was very prevalent around the time of Tunguska. Several inventors, notably Harry Grindell Matthews in England, claimed to have invented such a weapon. In 1907, there was much speculation in the press that the explosion that destroyed French battleship Iena in March was caused by some kind of wireless energy wave, with Tesla’s name even mentioned in connection with the disaster.

Tesla himself gave rise to much of the speculation by repeatedly claiming his electricity transmission device could be used as a directed energy weapon.  Writing to Liberty magazine he explained — “My invention requires a large plant, but once it is established it will be possible to destroy anything, men or machines, approaching within a radius of 200 miles.” Tesla wrote several letters to the New York Times in which he expanded on the potential of his invention as a death ray. “As to projecting wave energy to any particular region of the globe…this can be done by my devices…the spot at which the desired effect is to be produced can be calculated very closely, assuming the accepted terrestrial measurements to be correct.”

…once it is established it will be possible to destroy anything, men or machines, approaching within a radius of 200 miles

Just 2 months before Tunguska, he wrote tellingly — “This is not a dream. Even now wireless power plants could be constructed by which any region of the globe might be rendered uninhabitable without subjecting the population of other parts to serious danger or inconvenience.” Did Tesla, beset by financial problems and desperate for his Wardenclyffe plant to succeed, use it for precisely the purpose he described to the New York Times?

Doubts over the meteorite theory 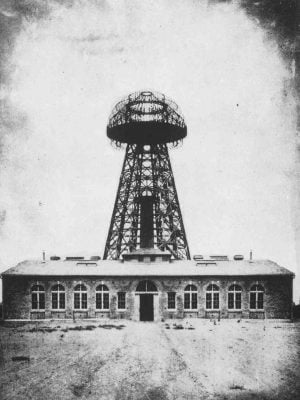 Although the prevailing consensus as to the cause of the Tunguska blast is the explosion of a comet or meteorite in the atmosphere above the area, there are numerous reasons to doubt this. Several eyewitness reports describe unusual and prolonged lights in the sky, both before and for days after the impact, quite unlike those to be expected from a meteorite or comet. Even as far afield as England, the sky was lit up for days afterwards. Widespread reports of night turning into day flooded into the newspapers. One correspondent recounted how he was able to read a book illuminated purely by the night sky.

Tesla specifically cited the ability of Wardenclyffe to light up the atmosphere on several occasions — “I have planned many details of a plant which would be amply sufficient to illuminate the entire ocean so that such a disaster as that of the Titanic would not be repeated.”

Many of the eyewitnesses also describe earth shaking, even before the explosion. Again, Tesla described how his device could shake the ground, even boasting on one occasion that he could shake the Empire State building to its foundations.

The meteorite theory is also undermined by the fact that no blast crater or trace of any meteorite had ever been found, despite exhaustive searches. If, however, Tesla really could transmit a directed energy beam through the ground, it would leave no traces or crater.

It has been pointed out that a line drawn between Tesla’s Wardenclyffe tower and Tunguska passes through the location of the supposed target of his energy beam — Ellesmere Island. Whilst the correlation isn’t exact, it is an interesting coincidence. Did Tesla, intending to shake up the ice at Ellesmere overshoot his target and accidently cause the devastation at Tunguska?