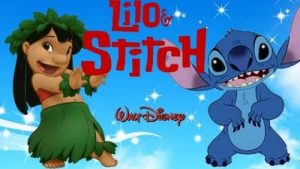 Disney movies have long been rumored to contain subliminal sexual messages. But when Georgie Brown of Fairview, North Carolina sat her three children down to watch “Lilo and Stitch” last week, there was nothing hidden about the 6-minute pornographic scene that interrupted their movie.

Brown told FOX Carolina that she had recorded the classic from the Disney Channel on Dish Network on September 7, and played it for her kids a few days later while she tried to get work done. She started the movie for her kids and left the room.

Many parents, including myself, find that Disney movies are a great way to keep the kids busy while working on chores or getting dinner ready.  However, in this case… not so much. Soon after she turned the movie on, “I just heard things that probably shouldn’t be on Lilo or Stitch,” Brown told the news source. “My first thought was the children have changed the channel.”

But Brown quickly discovered that nobody had touched the remote control. She rewound and was shocked to discover what had happened. During the film an alert box popped up saying “part of the recorded event has been lost due to signal loss.” The picture pixilated, it faded into a pornographic scene (so graphic that FOX couldn’t include it in the video above), and continued for a full six minutes before Stitch and his friend Lilo reappeared.

Brown’s son, who is almost 2, was clueless, her 3-year-old daughter was crying and her 5-year-old “grabbed his ears and ran out of the room screaming, ‘I didn’t do it,'” Brown told FOX Carolina. Brown initially thought that the kids had changed the channel, but discovered that it was part of the recording from Disney Channel.

A Dish Network contractor told FOX that he’d never experienced anything like this in 15 years. And John Hall, senior manager of corporate communications for Dish told NY Daily News that they’re taking the incident “very seriously.” He explained, “We have strong technical and operational controls in place, including content encryption, to ensure that customers receive content they want and, as importantly, are prevented from seeing content they do not want.”