A report released yesterday by the DOJ IG shows that the FBI is corrupt, mismanaged and sick.  The level of FBI mismanagement under the past three FBI Directors (Mueller, Comey and Wray) is atrocious.  The FBI spends on average $42 million a year on secret informants with at least one being a child sex offender.

IG Horowitz released a video of the  report in a tweet–

The FBI was led by crooked cops Robert Mueller and James Comey.  Andrew McCabe was the interim FBI Director before the current FBI Director, Chris Wray, took the helm.  It is no wonder with such corrupt leadership that the FBI is in such a mess.

The IG report states that the FBI has spent nearly $300 million between 2012 and 2018 on payments to Confidential Human Sources (CHSs).  We don’t know the actual spend each year we only know that it averages $42 million a year.  It could be that the FBI spent $250 million in 2016 and little the other years.  We really don’t know how much was annually spent or to whom, we only know that the amount is extreme –

We also know that the FBI was not properly validating its CHSs.  The FBI didn’t comply with its own policies and procedures for managing long-term CHSs.  There wasn’t enough people to manage the validation process and so some long-term CHSs may have been assigned to one FBI individuals for years. 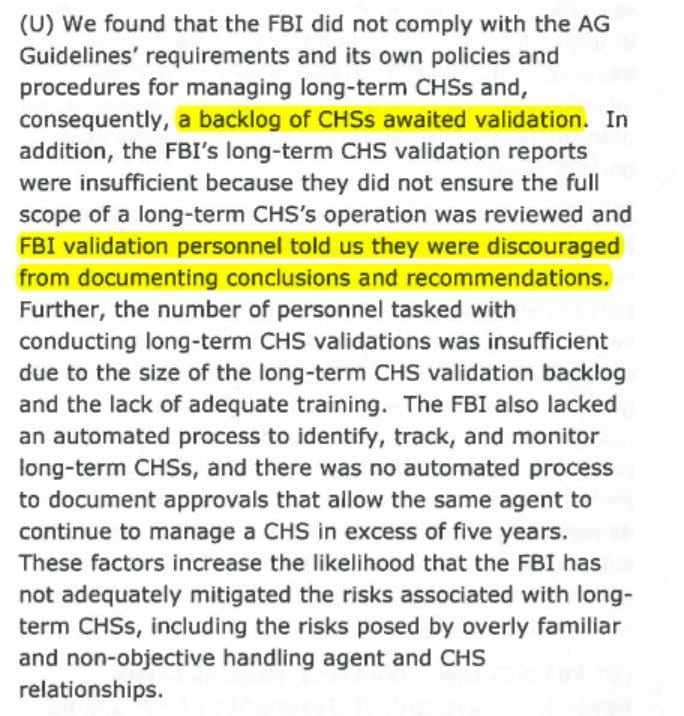 A committee consisting of DOJ and FBI individuals did not comply with guidelines regarding CHSs and put pressure on a few HSRC members to keep up.  As a result of not reviewing FBI CHSs on a timely basis some CHSs remained active when they should have been closed.  The IG states that one individual was a child sex offender and the FBI didn’t believe the individual’s benefits “outweighed the associated risks” –

2 years ago
Pennsylvania Governor Tom Wolf (D) and Democrat PA Rep. Wendy Ullman were caught on a hot mic Tuesday calling face masks “political theater.” Governor Wolf imposed a statewide mask mandate earlier this summer. Covid is so dangerous that Tom Wolf is forcing Pennsylvanians to wear face masks. However, in private he knows it’s all political theater. Gov. Wolf is offscreen but he was caught on a hot mic telling Rep, Ullman he was going to take his mask off when he speaks during the presser. Rep. Ullman responds, … Read More