The Deep State DOJ last night silently released a report they apparently wanted to hide during the election.

Prosecutors investigated Julian Assange, WikiLeaks, and Roger Stone for the hacking of Democratic National Committee servers as well as for possible campaign finance violations, but ultimately chose not to charge them, newly released portions of the Mueller Report reveal…

…The role that Stone and Assange may have played in the hacks or their distribution has been the subject of much speculation. Little, however, was known about how intently the special counsel focused on those individuals as possible targets for prosecution during the two-year investigation into Russian election interference. But a new version of the 448-page Mueller report released Monday by the Justice Department contains previously redacted sections on 13 pages, nearly all of them dealing with events surrounding the hacked emails and their eventual publication.

The redacted document is as follows: 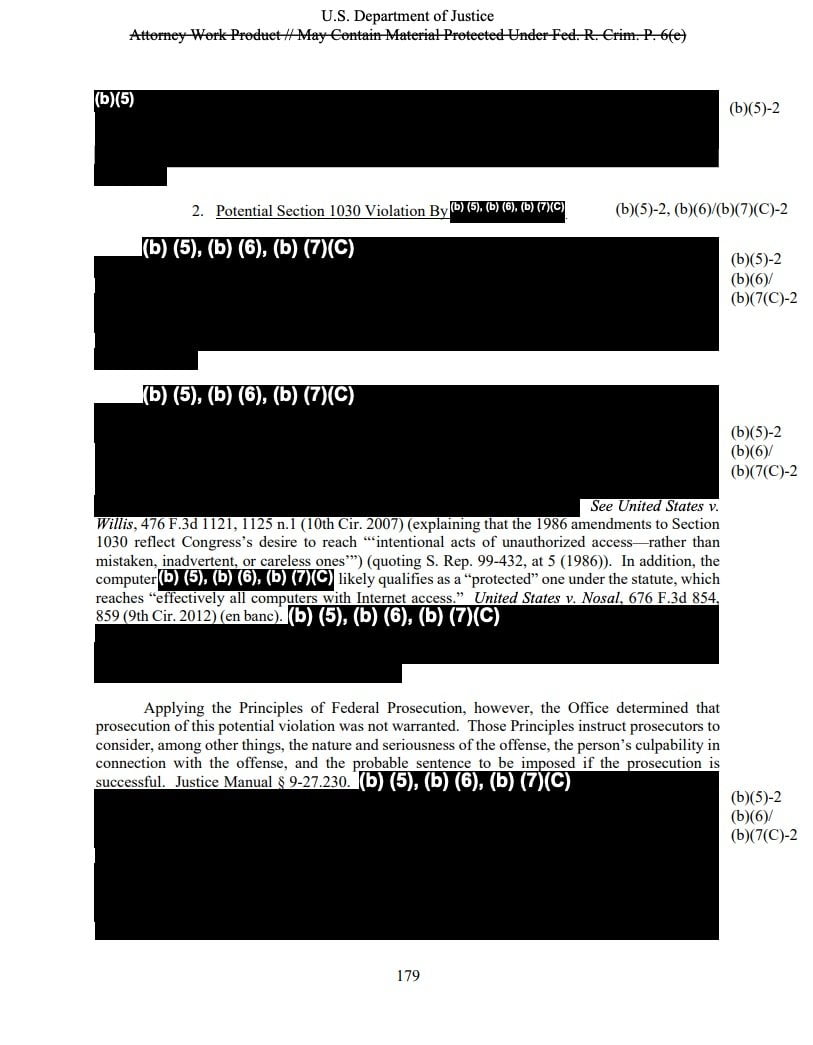 The less-redacted document uncovers the shocking news about Roger Stone and WikiLeaks: 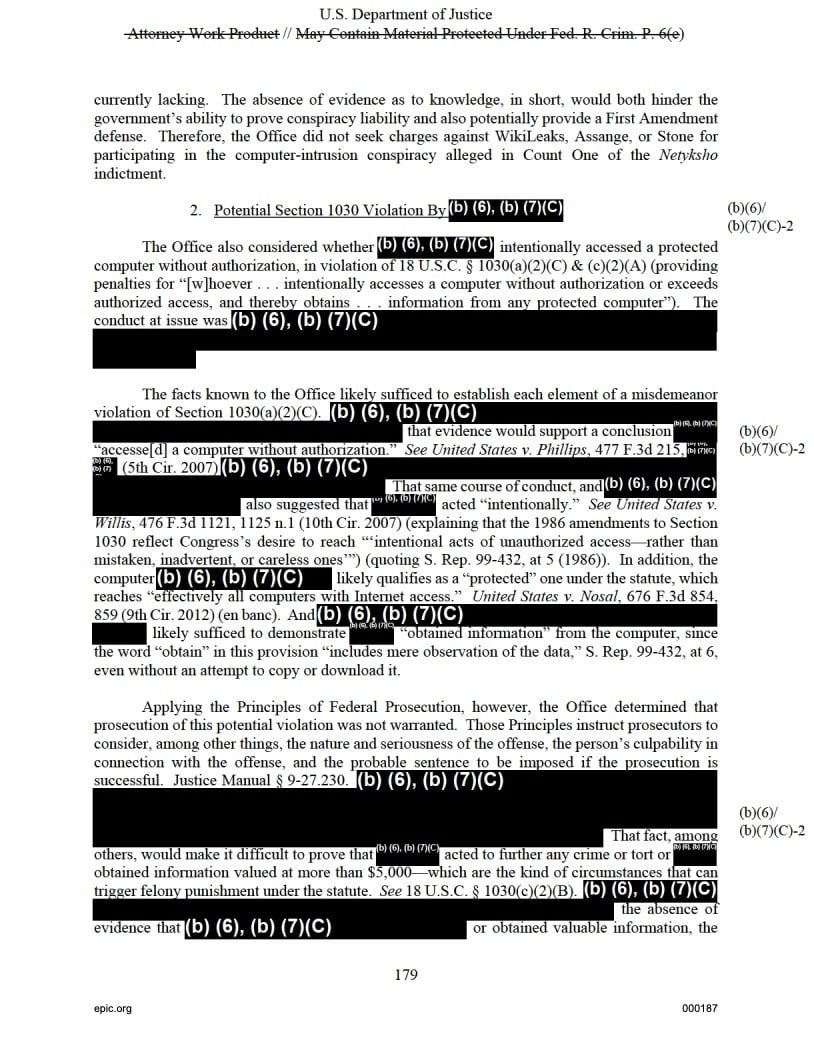 Because the Mueller gang never spoke with Assange it is difficult to determine what they would have charged him with or how they could without speaking with him.

However, Roger Stone did testify while the Russia sham was in place.  Stone eventually was harassed and charged with lying to the FBI as a result.  He received an outrageous sentence as a result of a kangaroo DC court, led by corrupt DC judge Amy Berman Jackson and found guilty by a far-left jury.  Eventually Stone’s outrageous sentence was commuted by the President.

Roger Stone reached out to the Gateway Pundit and shared his response to this news:

“The midnight release by the Department Justice of the unredacted sections of the Mueller report tonight not only vindicates me and proves what I has been saying since the very beginning of this investigation, that I did not engage in any illegal activity around the emails hacked from the DNC and that I in no way knew the source, content or timing of their release.  No matter how hard the illegally constituted Mueller team tried, they could not make the case they tried to pin on me  from the start.  These newly unredacted sections are full of euphemisms for the ultimate conclusion that evidence simply did not exist of my  involvement. The Timing of the release of these redacted sections of the Mueller Report- midnight on the day of the Presidential election only underlines the entirely corrupt and political nature of this entire witch hunt.”