Bill Gates predicted a coronavirus-style pandemic would sweep the population in a Netflix documentary. The Microsoft tycoon talked about a virus breaking out, in one episode (S2, E7) of the Explained series aired only a month before the COVID-19 ‘pandemic’ allegedly broke out in China.

He warned of the likelihood of a virus forming in one of China’s wet markets – just like the one in Wuhan where coronavirus is believed to have originated. Bill said we’re not prepared to contain a pandemic and warned it could ‘kill millions of people’.

In the episode, titled ‘The Next Pandemic‘, producers visit a wet market in Lianghua, China, where animals are killed and their meat is sold in the same place. ‘All the while, their viruses are mixing and mutating, increasing the odds that one finds its way to humans,’ the documentary explains.

Bill said the world is ill-equipped to deal with a viral disease when scientists are often years away from discovering a cure.

‘If you think of anything that could come along that would kill millions of people, a pandemic is our greatest risk,’ he said.

He said we need to better prepare for pandemics otherwise the world will look back and wish it had invested more into vaccine research. (source)

Other Experts in the Episode Include: 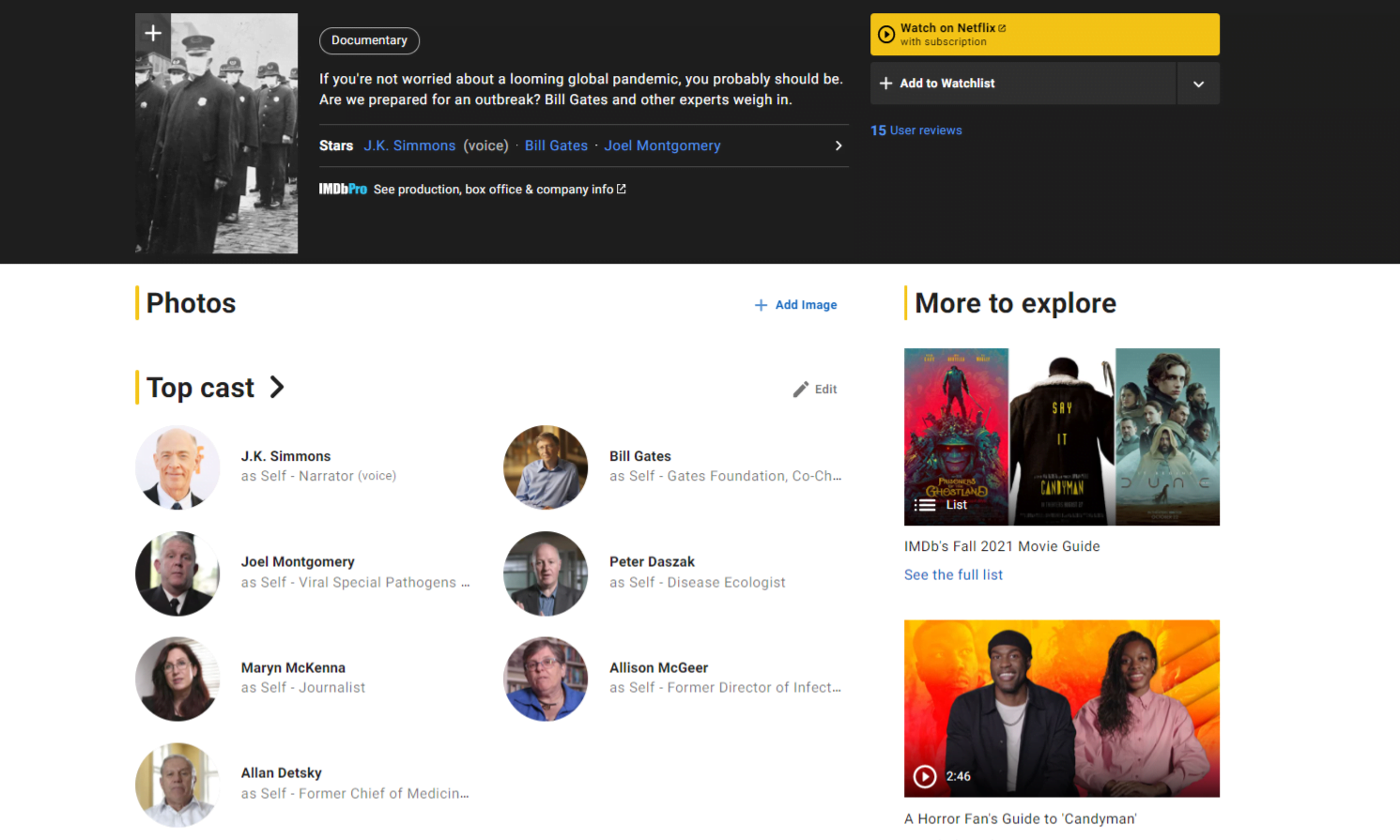