The company has set up a tier system to rank comments on various scales, based on how much the statement questions or cautions against the Covid-19 vaccination.

Tier 2, for instance, represents “Indirect Discouragement” of getting vaccinated and according to PV’s sources, user comments such as these would be heavily “suppressed.”

It doesn’t matter if the comments are true, factual or represent reality. The comment is demoted, buried and hidden from view of the public if it clashes with this system.

“It doesn’t match the narrative,” one insider explained. “The narrative being, get the vaccine, the vaccine is good for you. Everyone should get it. And if you don’t, you will be singled out,”

One of the insiders, a Data Center Technician, leaked multiple internal documents detailing an algorithm test being run on 1.5 percent of Facebook and Instagram’s nearly 3.8 billion users worldwide.

The goal? To, “drastically reduce user exposure to vaccine hesitancy (VH) in comments.”

“They’re trying to control this content before it even makes it onto your page before you even see it,” one insider said.

1. The authors of the plan are credited as Joo Ho Yeo, Nick Gibian, Hendrick Townley, Amit Bahl and Matt Gilles. 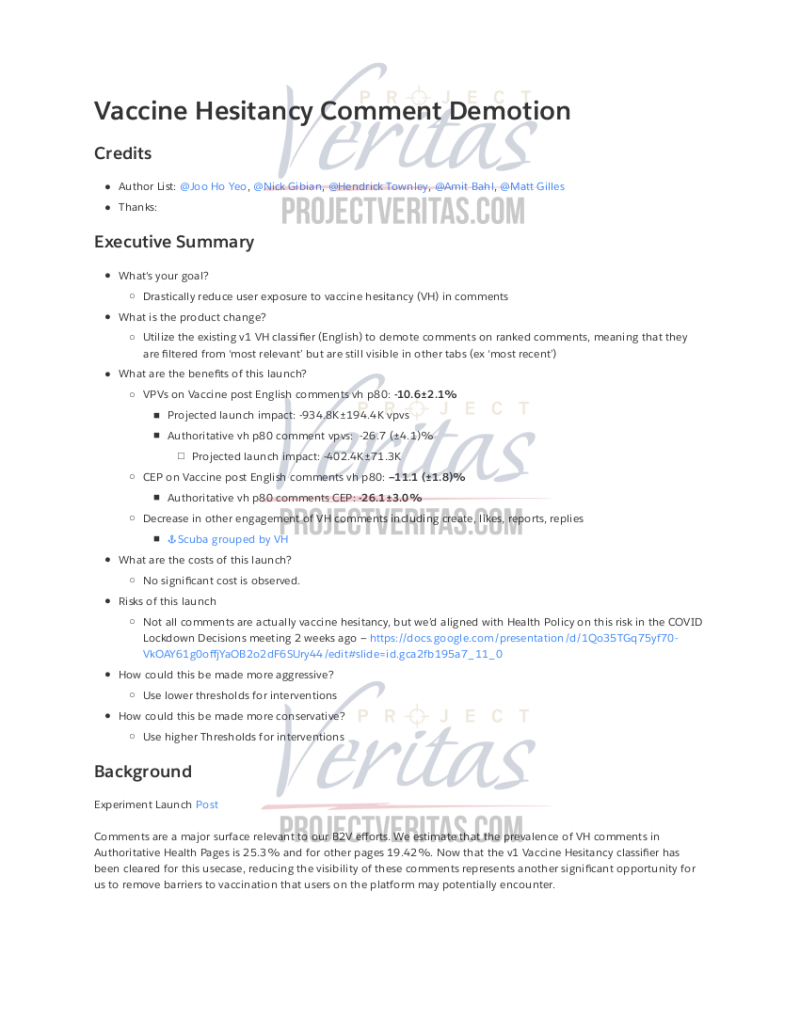 2. The goal of the “framework” is to “identify and tier the categories” of content that “could discourage vaccination in certain contexts.” 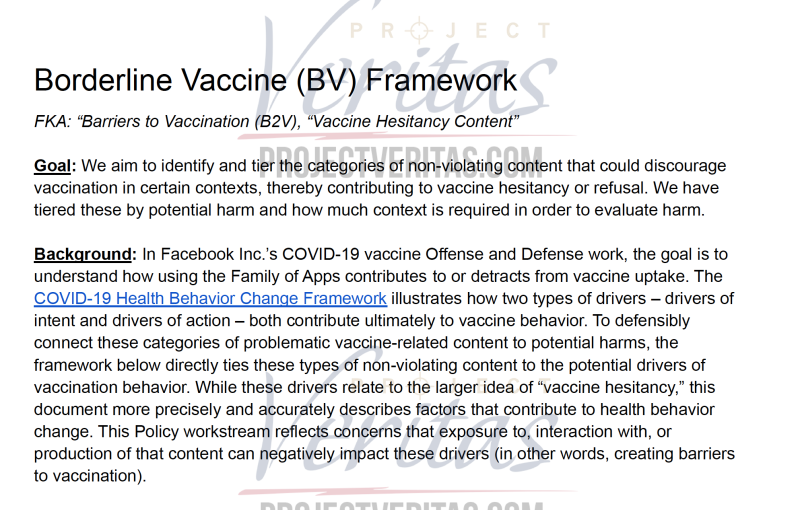 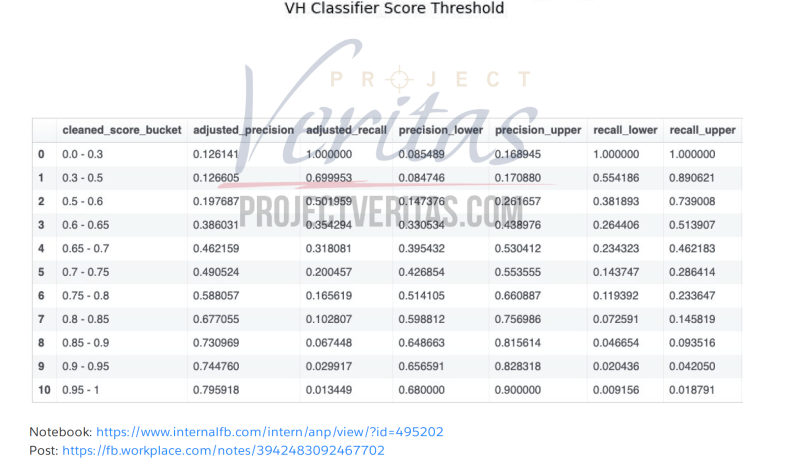 4. The company instituted tiers to describe the tone of certain posts, with some being categorized as “sensational/alarmist” or “criticizing choice.” The responses range from outright removal to comment demotions. 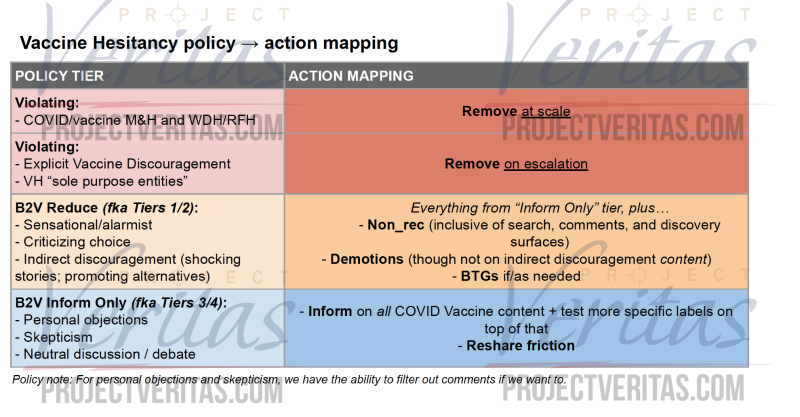 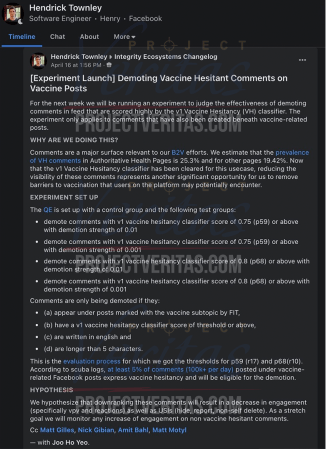 6. One part of the document admits to “demoting” comments and reducing the rate of likes while conducting a test of 1.5 percent of the company’s audience.

7. Other posts discussing the unique double dose of certain vaccines were described as “objective_high” and outlined a “position change.” 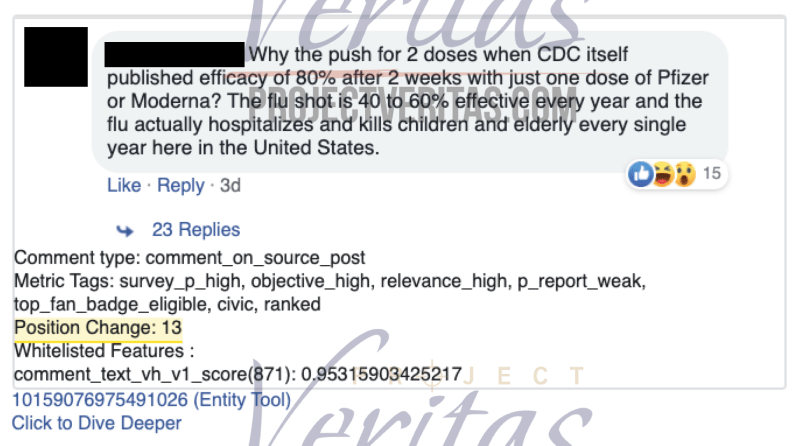 8. Descriptions of the type of content that falls into Tier 0, Tier 1 and Tier 2. 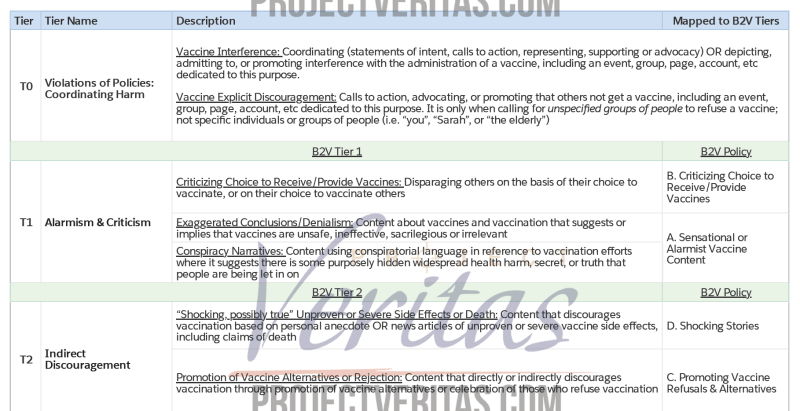 9. An enforcement document obtained by one of the Insiders showed Facebook’s goal of reducing the distribution of comments seemingly skeptical of Covid vaccination. 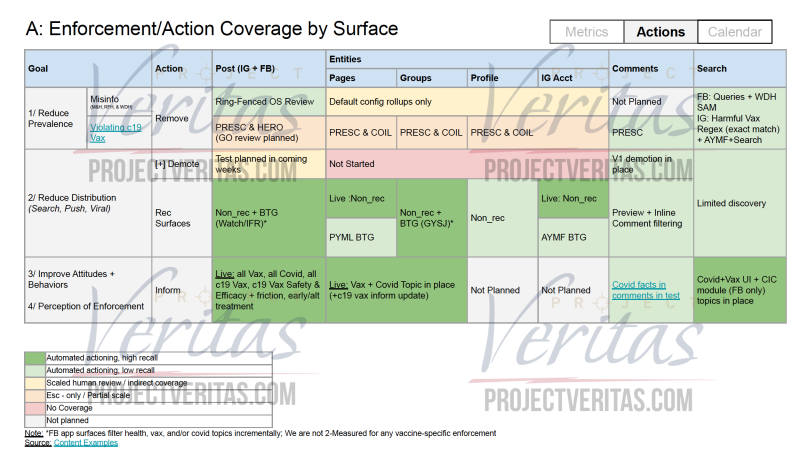 10. Facebook document details how many languages their “Vax Safety” policy will be able to detect for suppression. 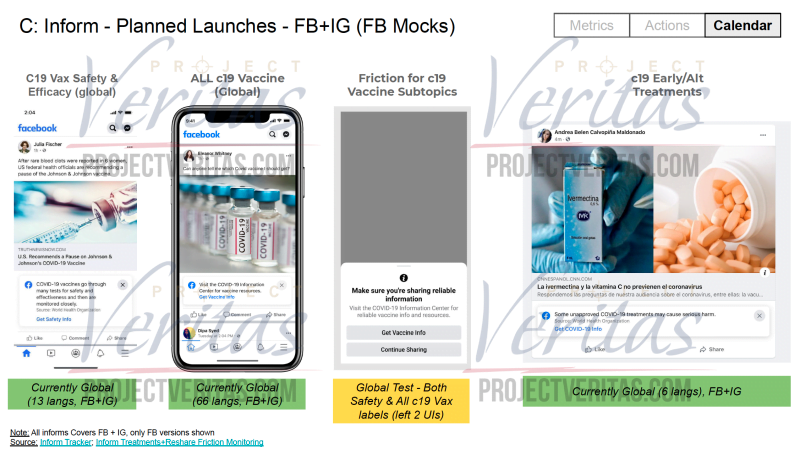 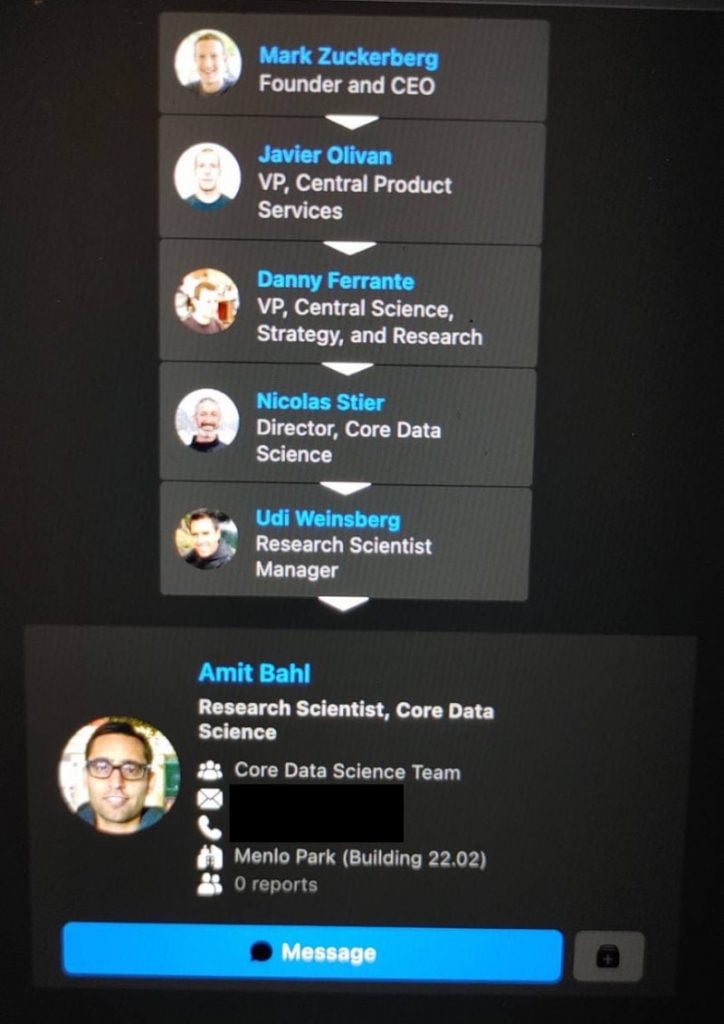 12. Facebook’s Ben Freeman sends internal message to colleagues informing them of data gathering and action to be taken regarding COVID-19 vaccines. 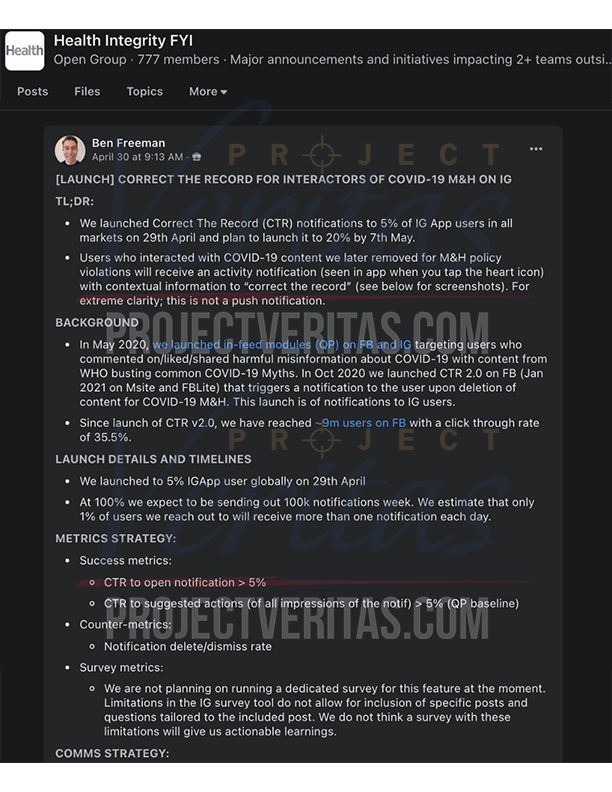 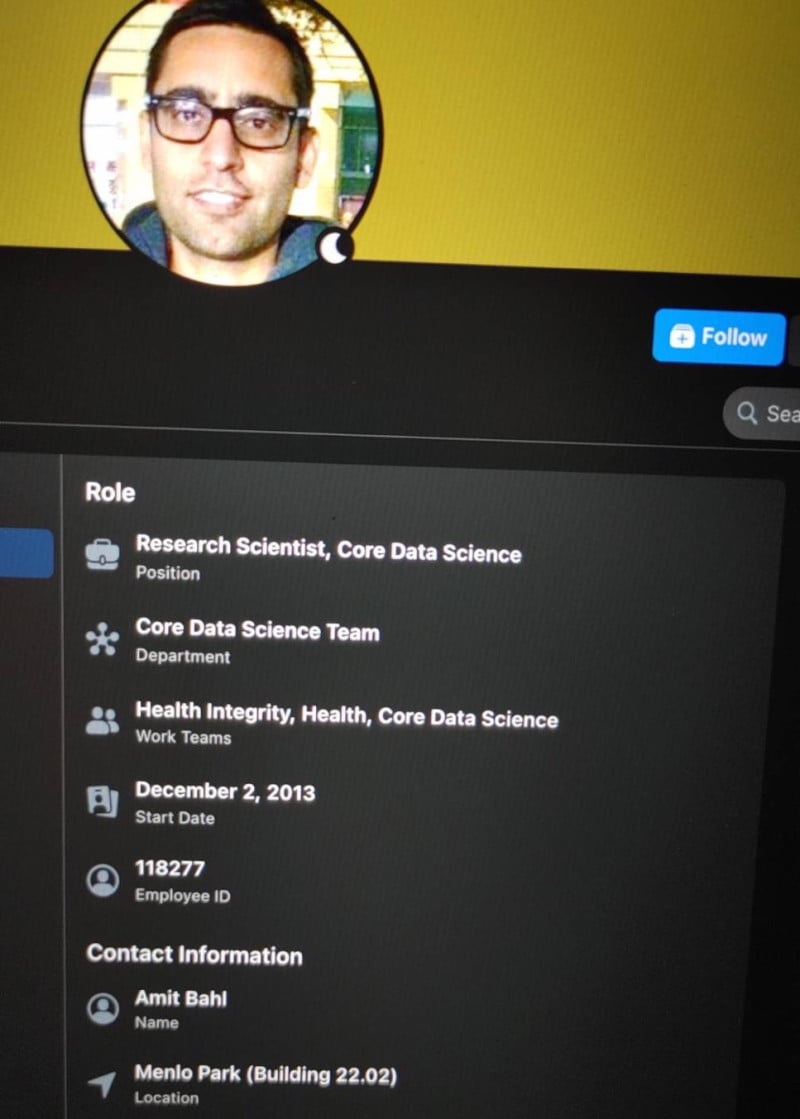 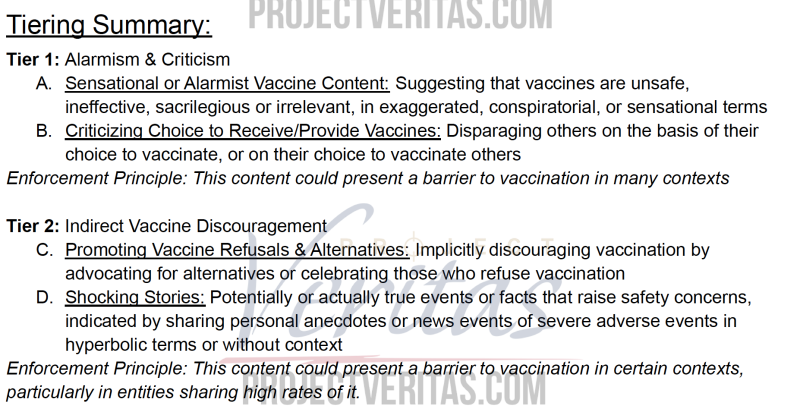 15. Facebook describes how to label different types of posts. 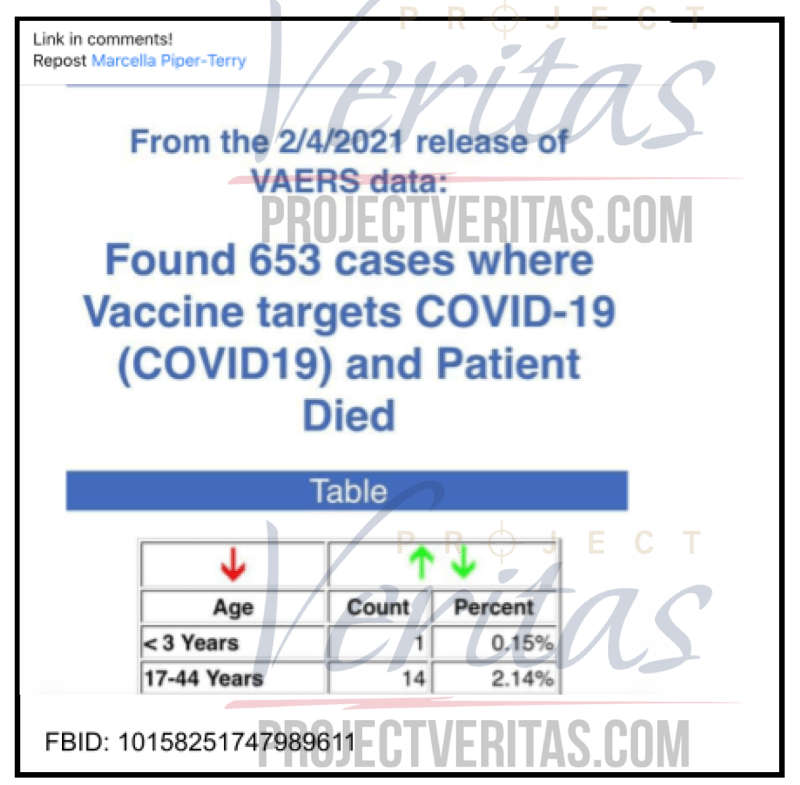 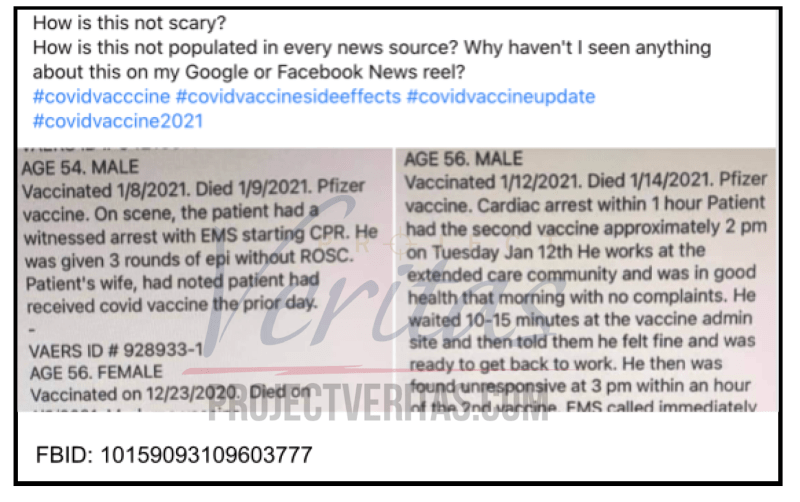 19. Facebook describes what it classifies as “Shocking Stories” in regard to vaccines. 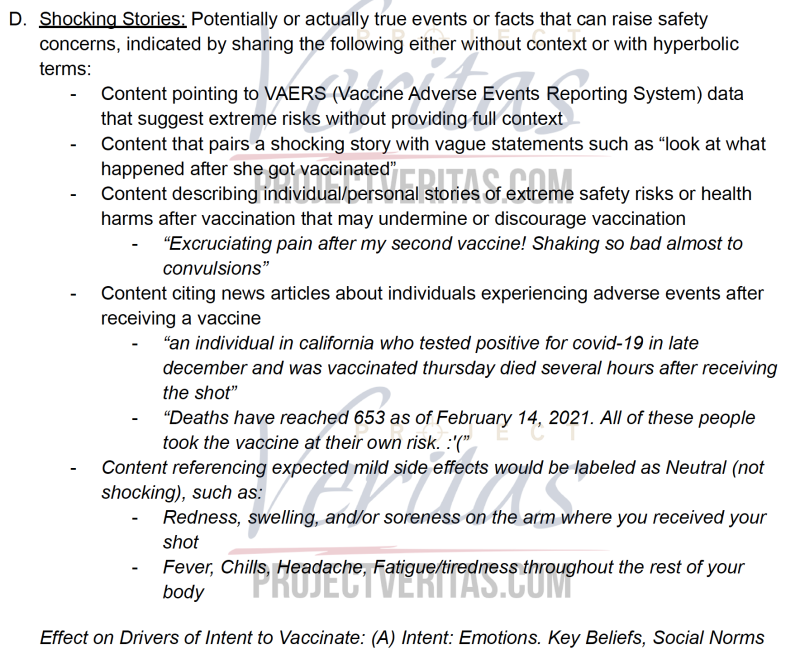