The revelations further cloud Dr. Fauci’s attempts to distance himself from the Wuhan Institute of Virology and the gain-of-function research taking place there.

China’s Centers for Disease Control and Prevention (CDC) Director George Gao – who emailed Dr. Fauci to thank him for publicly dismissing the Wuhan Institute of Virology’s role in creating COVID-19 – was responsible for organizing the 2017 conference alongside three other scientists. 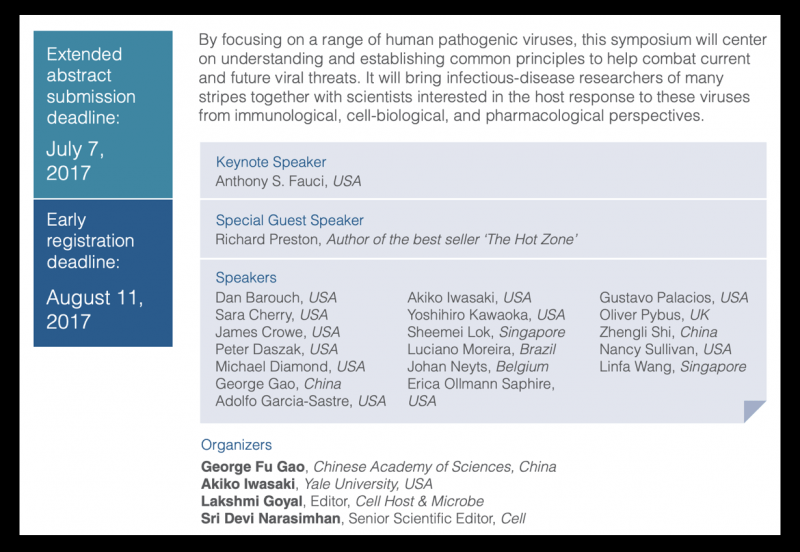 In addition to Dr. Fauci delivering the keynote address, researchers central to the ongoing debate about COVID-19’s origins – who’ve reportedly played major roles in the coverup of the Wuhan lab’s role in the pandemic – also spoke.

One conference speaker, Wuhan Institute of Virology Center for Emerging Infectious Diseases Director Shi Zhengli, was recently the subject of a heated line of questioning from Senator Rand Paul with Dr. Fauci.

“For years, Dr. Ralph Baric, a virologist in the U.S., has been collaborating with Shi Zhengli of the Wuhan Virology Institute, sharing his discoveries about how to create super viruses. This gain-of-function research has been funded by the NIH,” Senator Paul inquired before Dr. Fauci asserted the claims were “entirely and completely incorrect.”

Despite Dr. Fauci’s attempts to distance himself from the Wuhan-based researcher, who has earned the sobriquet “bat lady” for her work on SARS-like coronaviruses, the conference agenda reveals they both spoke at the event.