The FBI was quick to release photos following the raid and riots of the US Capitol on January 6th.

Dr. Simone Gold led a team of doctors called America’s Frontline Doctors, a group that challenged COVID prevention strategy in America, back in July in Washington DC. The Frontline doctors from across met in Washington DC to dispel the misinformation and myths surrounding the coronavirus. The group was concerned with the disinformation campaign being played out in the far left American media today. The group also promoted the use of hydroxychloroquine as a life-saving medication in treating the coronavirus. The American left trashed the doctors and the tech giants blocked their content from the internet.

The American left hates to be confronted on their lies. And for months they went after Dr. Simone and the other doctors to ruin their reputation. Dr. Simone was fired for speaking on the benefits of treating the coronavirus with hydroxychloroquine.

There have now been 230 international medical studies to date that find a 67% success rate using hydroxychloroquine for the treatment of COVID.

Dr. Simone was in Washington DC on January 5th and 6th and spoke on the 5th at Freedom Plaza. Dr. Simone later entered the US Capitol on January 6th and delivered her same medical speech with a bullhorn from inside the US Capitol.

For this Dr. Simone was placed in the front row of the FBI most wanted release. Dr. Simone committed no acts of violence. She only wanted to push her medical opinion on the coronavirus.

Dr. Simone was in the middle of the top row.  The FBI knew EXACTLY who she was.

So why did they include her on their “seeking information” list? 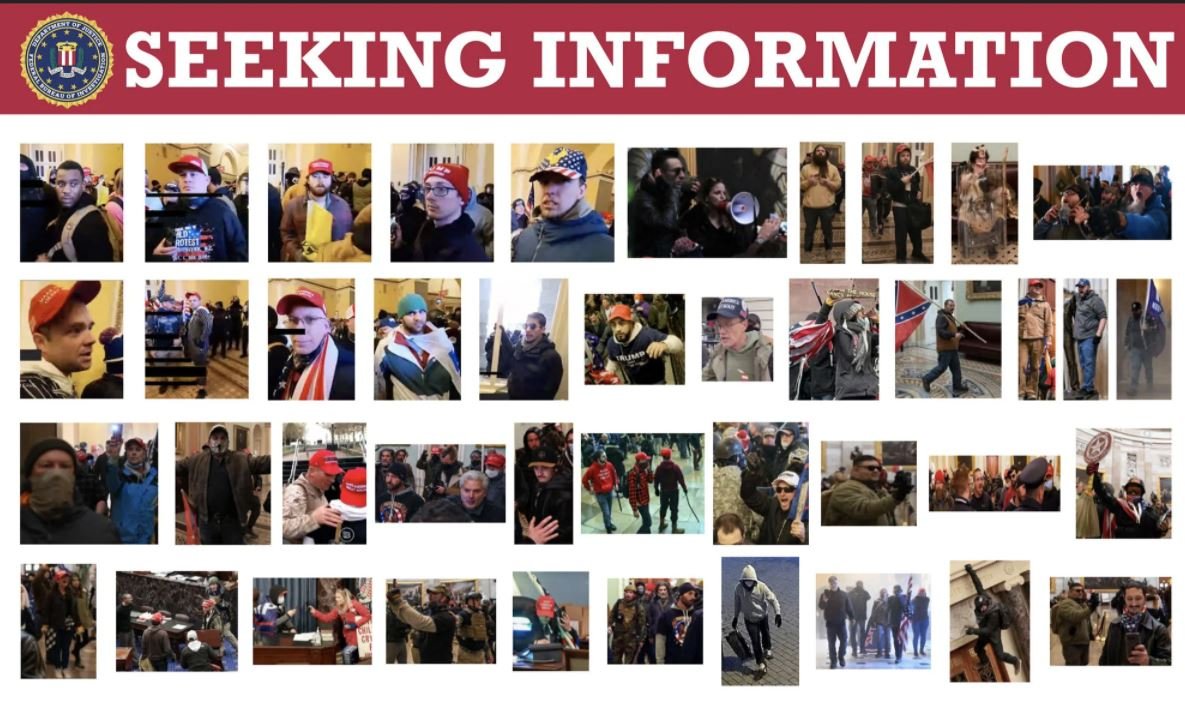 Dr. Simone was arrested after she was filmed inside the US Capitol on January 6th.  Dr. Simone is not Antifa.  She did not cause any damage.  She stood with a megaphone and spoke out against the insane US Covid policies.

The FBI can no longer be trusted.

According to a criminal complaint filed against Gold and Strand, federal authorities were tipped off to the pair’s attendance by The Washington Post article.

In a 30-second video, Gold can be seen speaking in the Rotunda while two police officers stand behind her, gesturing at her and others to leave. While most of her speech is inaudible in the video, Gold can be heard saying “I’m a mom” and “massive medical establishment.”

“I can certainly speak to the place that I was, and it most emphatically was not a riot,” Gold told the Post, adding she gave the same speech during a Jan. 5 rally for Trump supporters. “Where I was, was incredibly peaceful.”

Gold said she does “regret being there,” as her presence at the riots will distract from her work for America’s Frontline Doctors, a group that’s pushed misinformation about COVID-19 and the vaccine. Five people died and dozens were injured during the riots, as thousands of MAGA supporters stormed the Capitol and forced elected leaders to go into hiding for hours.

12 months ago
Public health policies, public perception potentially affected as terminology changes. In a shocking reversal that’s akin to redefining reality, the World Health Organization has changed its definition of herd immunity. Herd immunity occurs when enough people acquire immunity to an infectious disease such that it can no longer spread widely in the community. When the number susceptible is low enough to prevent epidemic growth, herd immunity is said to have been reached. Prior to the introduction of vaccines, all herd immunity was achieved via exposure to and recovery from … Read More