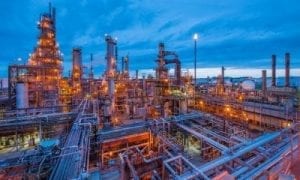 The first comprehensive study of the massive pay gap between the US executive suite and average workers has found that the average CEO-to-worker pay ratio has now reached 339 to 1, with the highest gap approaching 5,000 to 1.

The study, titled Rewarding Or Hoarding?, was published on May 16, 2018 by Minnesota’s Democratic US congressman Keith Ellison, and includes data on almost 14 million workers at 225 US companies with total annual revenues of $6.3tn.

It also shows how some of the most extreme disparities in CEO-to-worker pay exist in industries that are considered consumer discretionary, such as fast food and retail, with a 977 to 1 disparity, one of the widest gaps.

“Now we know why CEOs didn’t want this data released,” says Ellison, who championed the implementation of the pay ratio disclosure rule as it was written into the Dodd-Frank financial reform bill of 2010. “I knew inequality was a great problem in our society but I didn’t understand quite how extreme it was.”

The requirements, long resisted by some of the largest US companies, simply tells companies to identify a median worker and then calculate how much the CEO makes in comparison to that person.

But the requirement triggered years of prevarication as companies claimed the method of calculating CEO compensation and median employee compensation had not been well defined. Some claimed that including workers employed abroad, especially in developing countries, would make pay ratio data even more extreme than it would be if calculated only within the US.

“We have people who are paying more half their income in rent, and we have whole school districts where poverty is erasing any opportunity for Americans to climb that ladder.”

No CEO should earn 1,000 times more than a regular employee!

According to a recent Bloomberg analysis of 22 major world economies, the average CEO-worker pay gap in the US far outpaces that of other industrialized nations.

The average US CEO makes more than four times his or her counterpart in the other countries analyzed.

Ellison rejected claims from corporate America that executive suite compensation is a just reward for the skillful exercising of their business talents. “Truth is, they’re doing nothing except extracting value and wealth from hard working people because they have economic advantages.”

“With all this extra money they have, it corrupts our politics absolutely,” he continues. “It concentrates markets and makes them less competitive.”

Ellison has become a frequent target for criticism from the Trump administration, including from the president himself.

Last week, Ellison, who also serves as deputy chair of the Democratic National Committee, appeared at a Minnesota May Day parade wearing a black T-shirt with the words “Yo no creo en fronteras”, or “I don’t believe in borders”. Trump described the slogan as an example of the US having “the worst immigration laws in the history of mankind”.

Companies singled out for criticism in the report include Marathon Petroleum, a gas station operator, whose CEO Gary Heminger took home an astonishing 935 times more pay than an average employee in 2017.

Sarah Anderson, the policy director at Inequality.org, said the data that’s now coming out from corporate America could prove historic.

“We’ve known for many years we have an extreme gap between CEO and worker pay but this report goes into detail about which companies are doing the most to contribute to inequality by having extreme gaps in pay scales.”

“We’re getting eye-opening data now because companies are now required to make disclosures for their global workforce,” she said.

Ellison said the data remains imperfect, as companies are still able to exclude contracted workers from their reporting. He singled out Newmont Mining, which claims 30,000 workers and contractors on its website but only reported 12,500 to the SEC.

“What happened to the other workers? They’re missing some. But even then the CEO is making 114 times the average employee.”

Ellison hopes that the issue is beginning to break out of the political echo-chamber and that changes are beginning to occur.

The city of Portland, Oregon, for instance, recently imposed a 10% business tax surcharge on companies with top executives making more than 100 times what their median worker is paid – and a 20% surcharge on firms with pay gaps that stretch exceed 250 to 1.

“We need to ban stock buy-backs, increase marginal tax rates, we need to make sure companies cant write huge bonuses. But we also need to increase the voice of workers. What’s going on in Portland is good. Taxes are part of any realistic solution. It’s not like this concentration and hoarding of wealth has no consequence. Everytime they acquire more, it means someone else gets less.”