Freedom is defined in Noah Webster’s 1828 dictionary as “a state of exemption from the power or control of another.” It is the power and privilege to carry out our choices whether thoughts, such as love or hate, or actions, such as walking or running. Freedom can be broken into personal, civil, political, and religious freedom. Freedom is the right of every man, woman, and child. However, freedom may be forfeited or taken away (1) by physical laws, including the physical limitations with which we are born, (2) by our own action, and (3) by the action of others, including governments. A loss of freedom reduces the extent to which we can act upon our choices, but it does not deprive us of our God-given free agency.

The war over freedom, which has been ground zero for many of the worlds revolutions and wars, originated from a spiritual battle that began in Heaven (the War in Heaven) and continues on the earth today. It’s a spiritual battle that has reached a culmination foretold in the Bible – a day when good would be called evil and evil good; a day of wars, pestilence, earthquakes, and famine; a day when the love of God grows cold, and a day of widespread apathy and hypocrisy. Since his expulsion from heaven, Satan and those that were cast out with him (now demons on Earth) have sought to destroy and oppose everything that God is trying to build, essentially counter-resistance to all things good.

Neither the Declaration of Independence nor the Constitution of the United States use the word “freedom,” rather describing our rights in the terms “Blessings of Liberty” and “Life, Liberty, and the pursuit of Happiness.” Liberty is often confused as having the same meaning as freedom, yet there is a difference. Liberty is described in Noah Webster’s 1828 dictionary as “freedom from restraint pertaining to the body, will, or mind“. Liberty comes from using our agency to choose and the freedom to do the right actions, those which are just before God. It’s really impossible to separate liberty from obedience to the laws of God, whereas freedom pertains to the ability to think or act as we will, good or bad, and to reap the consequences. 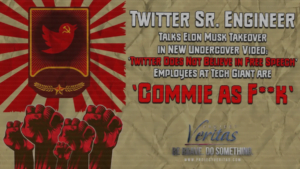 Project Veritas published a new story on Monday night featuring footage of Twitter Senior Engineer, Siru Murugesan, discussing how employees at the tech company “hate” Elon Musk’s impending acquisition of Twitter among several other explosive soundbites. Leaving no doubt to one of the primary sources of the rift between Musk and employees at Twitter, Murugesan at one point says: “Twitter does not believe in free speech… Elon believes in free speech.” Murugesan: “Our jobs are at stake, he's a capitalist and we weren't really operating as capitalists, more like very socialist. Like we're all like commie as f**k.” Murugesan ...
Read More
April 25, 2022 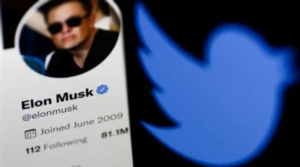 After days of cat and mouse, the World’s Richest Man has acquired total control of the social media platform most used by global elites. CNBC, “Twitter accepts Elon Musk’s buyout deal“ Twitter’s board has accepted an offer from billionaire Elon Musk to buy the social media company and take it private, the company announced Monday. The stock closed up 5.64% for the day after it was halted for the news. “Free speech is the bedrock of a functioning democracy, and Twitter is the digital town square where matters vital to the future of humanity are debated,” Musk said in ...
Read More
April 18, 2022 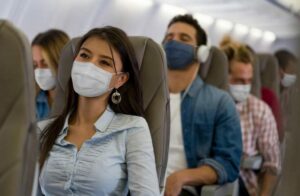 A Florida federal judge has nullified Joe Biden’s national mask mandate covering airports, airplanes and other public transportation on Monday, ruling that the Centers for Disease Control and Prevention (CDC) exceeded its authority in imposing the mandates in February 2021. U.S. District Judge Kathryn Kimball Mizelle, a Trump appointee, wrote: It is indisputable that the public has a strong interest in combating the spread of Covid-19. In pursuit of that end, the CDC issued the mask mandate. But the mandate exceeded the CDC statutory authority, improperly invoked the good cause exception to notice and comment rulemaking, and failed to adequately explain ...
Read More
March 22, 2022 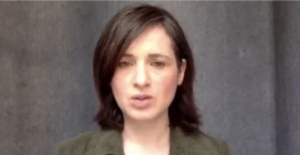 A French lawyer has been arrested for treason after helping Reiner Fuellmich prove world leaders have committed crimes against humanity in the name of Covid-19 Virginie de Araujo Recchia (pictured), a French attorney living in France who is participating in the work of the Citizen Jury with Reiner Fuellmich, was arrested in her home at dawn on March 22nd in front of her children. The arrest comes three weeks before ahead of the French presidential elections. Fuellmich’s team have allegedly been informed the charges involve counterterrorism and possibly treason, and relate to the passionate work she does for the ...
Read More
March 8, 2022 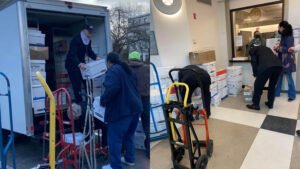 On Friday, March 4, 2022, the Washington State Tea Room, a monumental state-wide movement, attempted to serve Washington state officials with over 30,000 lawful affidavits from the Citizens of Washington demanding an end to all mandates and requesting a forensic audit of the 2020 election. Speaking to the Gateway Pundit, the founder of WA State Tea Room, Brianna Mattes said, “this recent serving is the first of two in the first phase of our mission.” Read the excerpt below: The leaders of the Washington State Tea Room are ready to speak on their movement, and what they have been putting ...
Read More