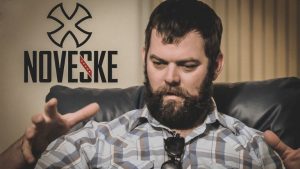 “Oregon State Police (OSP) Sergeant Tyler Lee reports that on January 4, 2013 at approximately 9:13 p.m., a 1984 Toyota Land Cruiser driven by John Noveske, age 36, from Grants Pass, was westbound on Highway 260 near El Camino Way. As the vehicle negotiated a right curve, it traveled across the oncoming lane onto the dirt highway shoulder until it struck two large boulders. The vehicle rolled and Mr. Noveske was ejected.”

John Noveske’s company is one of the most celebrated rifle manufacturers in America. His firearms are widely considered to be some of the finest pieces of American-made hardware in the industry. In the days and weeks following the horrible tragedy in Newtown, CT and the frenzied call for gun control across the nation, many gun owners began to feel increasingly threatened.

But Noveske, one of the country’s foremost gun experts, had quickly become an expert in something else – Big Pharma drugs and their connection to mass shootings. While America’s corporate-owned news outlets invested hundreds of millions of dollars in broadcast air time to ceaselessly blame firearms for the skyrocketing number of mass killings, Noveske and millions of others noticed something else, something the media outlets funded by Big Pharma refuse to disclose for fear of upsetting their largest advertisers – all the people who carried out the bloody massacres were under the influence of pharmaceutical drugs.

Noveske took the results of his research to Facebook. There, he posted a detailed list of 45 of the most recent mass murders carried out by teenagers, young adults and even some small children. He also documented the exact pharmaceutical drugs each killer was taking at the time. As fate would have it, that would be the last Facebook post John Noveske would ever make. One week later on January 4, 2013, his lifeless body was found on the side of a rural Oregon road.

On January 3rd, one day prior to Noveske’s ‘accident’, Keith Ratliff, a producer for a popular YouTube channel devoted to exotic firearms known as FPS Russia,  was found dead in his office of a single bullet wound to the head, with no signs of a struggle. The Georgia Bureau of investigation is treating the case as a homicide but are no closer to isolating a suspect than they were at the beginning of the investigation. 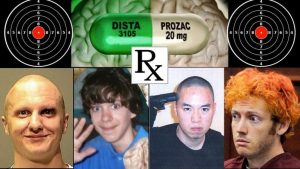 Since Noveske’s death occurred only a week after the infamous facebook post, there has been some speculation by many about whether there is more to this than a simple one-car accident. Among those are articles on Natural News and The European Union Times.

This writer makes no claims about the accuracy of the following text from that posting:

Noveske was not the only highly-visible person in the firearms to die since this recent anti-gun panic began. The New York Daily News reported, along with several other publications, that Keith Ratliff, creator of number 10 ranked YouTube channel, FPS Russia, was found shot to death in his Carnesville, Georgia. His death is being investigated by local authorities as a homicide. He was found with a single gunshot wound to the head that, according to investigators “was not self-inflicted“.

Are these deaths related in any way other than the coincidence of them both being highly visible in the firearms industry? Only time will tell, but for now I think it is important to look at the message Noveske discussed just before his death. Is there an epidemic of over-prescription of drugs that are altering peoples’ mental states tp the point where they are committing these horrible crimes? Let’s have a real discussion about the issues related to violence committed by people with guns. Certainly this is a more important issue to look into than how many bullets I can put into a magazine.