On March 29, 2017 a strategic partnership was announced between CFCE (the Chinese Company) and a company by the name of Cowen Group.  China’s CFCE agreed to purchase 19.9% of Cowen Group and agreed to provide financing of $175 million.  Hunter Biden had a close relationship with CFCE. 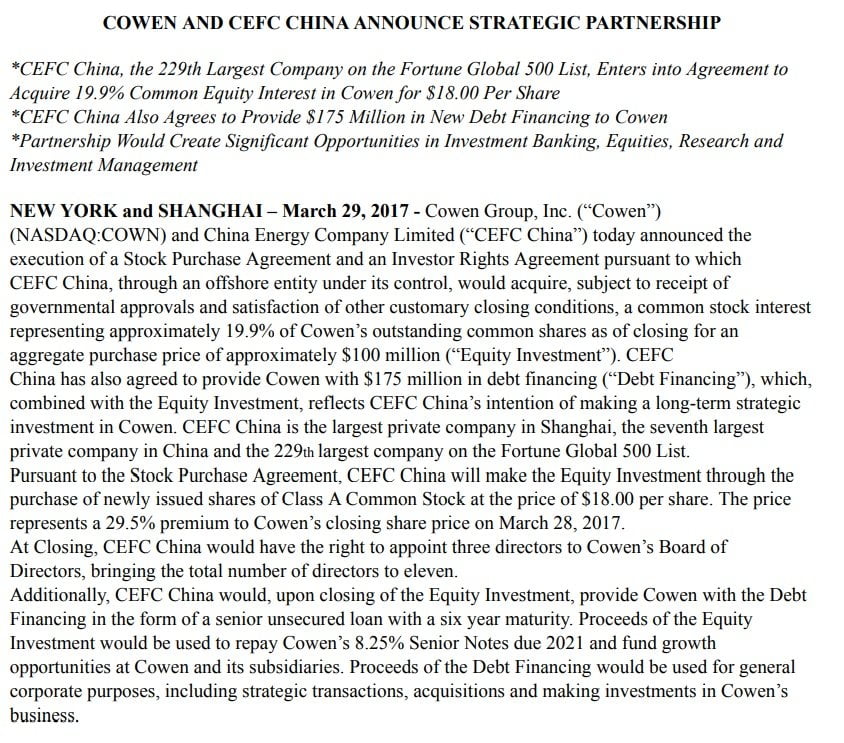 At about the same time, James Biden forwarded a letter to Governor Cuomo in New York via his Director of Scheduling, Annabel Walsh.  The purpose of the memo was to set up a meeting in early April with Cuomo, a Chinese billionaire and therefore top China leader, former Deep State actors and the Bidens.

Included in the memo were the following:

CEFC was a large Chinese conglomerate as noted above in the strategic announcement.

Continue Reading at The Gateway Pundit