Most people living in the USA have no clue that the Internal Revenue Service (IRS) is a foreign agency. To be more accurate, the IRS is a foreign private corporation of the International Monetary Fund (IMF) and is the private “army” of the Federal Reserve (Fed). Its main goal is to make sure the American people pay their tax and be good little slaves. Like the Federal Reserve (Fed), the IRS isn’t part of the United States government. Instead, it is a collection agency of the privately owned Fed. These images are scanned copies of pleadings (certified by NARA) wherein a United States Attorney and a United States Department of Justice Trial Attorney, Tax Division, deny that Internal Revenue Service is an agency of the United States Government. (See specifically page 2 of pleadings, item no. 4.)

The allegation by Diversified Metal Products, Inc., Plaintiff, for item number 4 reads, “Defendant Internal Revenue Service (IRS) is an agency of the United States government which has presented to Plaintiff a lien against monies to which Defendant Steve Morgan, or persumably[sic] Defendant T-Bow Company Trust for him, may be entitled.”

The Internal Revenue Service is considered to be a Bureau of the Department of the Treasury; however, like the Federal Reserve, it is not part of the Federal Government (Diversified Metal Products v. IRS et al. CV-93-405E-EJE U.S.D.C.D.I.; Public Law 94-564; Senate Report 94-1148, pg. 5967; Reorganization Plan No. 26; Public Law 102-391), and in fact was incorporated in Delaware in 1933. It is pointed out that all official Federal Government mail is sent postage-free because of the franking privilege, however, the IRS has to pay their own postage, which indicates that they are not a government entity.

They are in fact a collection agency for the Federal Reserve, because they do not collect any taxes for the U.S. Treasury. All funds collected are turned over to the Federal Reserve. If you have ever sent a check to the IRS, you will find that it was endorsed over to the Federal Reserve. The Federal Reserve, in turn, deposits the money with the International Monetary Fund, an agency of the United Nations (Black’s Law Dictionary, 6th edition, pg. 816), where it is filtered down to the International Development Association (see Treasury Delegation Order No. 91), which is part of the “International Bank for Reconstruction and Development”, commonly known as the World Bank. Therefore, it is now clear that the American people are unknowingly contributing to the coming World Government. 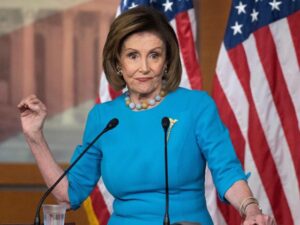 The House passed the $1.7 trillion Build Back Better Act early on Friday morning, sending the bill to the Senate where it faces an uncertain future. The House passed H.R. 5376, the Build Back Better Act, which is the Democrats’ reconciliation infrastructure bill. The bill passed 220-213, with overwhelming Democrat support, and strong Republican opposition to the bill. Only one Democrat, Rep. Jared Golden (D-ME), a ...
Read More
June 8, 2021 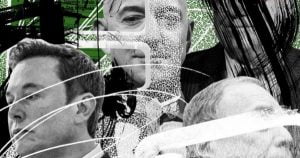 In a story that has taken the Internet (or, what’s left of it) by storm Tuesday morning, ProPublica, a non-profit investigative newsroom somehow obtained sensitive tax information belonging to some of America’s wealthiest individuals: including Jeff Bezos, Elon Musk, Carl Icahn, Michael Bloomberg, and even Warren Buffett. The data showed that the wealthiest Americans largely avoid paying income taxes because they don’t earn very much income – ...
Read More
May 18, 2021 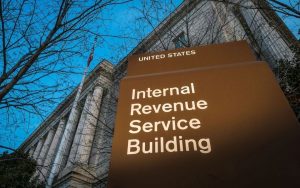 The IRS rejected the tax-exempt status request for a Texas-based Christian group over its purported ties to the Republican Party. In a May letter addressed to Christians Engaged, Stephen Martin, the IRS director of exempt organizations, said the group used bible teachings "typically affiliated with the Republican Party and candidates" to educate individuals on how to vote. By teaching members about issues such as "the sanctity of life, the ...
Read More
October 5, 2020 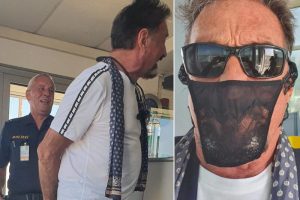 A little over a year after former tech guru (and one-time presidential candidate) John McAfee was arrested in the Dominican Republican (aboard a yacht carrying high-caliber weapons, ammunition and military-style gear), and two months after a "fake arrest" for wearing a thong mask... ... on Monday the eccentric millionaire was arrested - this time for real - in Spain, where he is awaiting extradition to the US ...
Read More
August 5, 2020 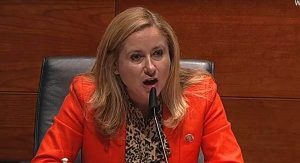 Of course nearly everything the Democrats do is corrupt, so it comes as no surprise that the husband of one of the loudest and most disgusting House members, Debbie Mucarsel-Powell, was paid over $700,000 by a Ukrainian Oligarch. This same oligarch is at the center of the FBI’s raids yesterday in Cleveland and Miami. One of the nastiest House Representatives in the disgusting lambasting of Attorney General ...
Read More