On Mar. 14, 2001, the Judicial Conference made sweeping changes to its ethics advisory, opening the door for widespread abuse of mutual fund exemptions that gave judges and judicial employees an excuse to hide their investments in deep-pocketed litigants behind a so-called mutual fund “safe harbor” opinion. James Chandler’s influence in these changes is confirmed by Washington, D.C. sources. Jan Horbaly, Clerk of Court and Executive, Federal Circuit, was a key participant in these mutual fund reporting exemption changes exploited by the Federal Circuit panels in Leader v. Facebook, where Horbaly was the Clerk, yet failed to disclose his conflicts of interest with Chandler. Horbaly resigned shortly after the Leader v. Facebook decision. Delaware district court judge Sue L. Robinson, then chief judge, also participated in this self-serving recast of the reporting rules. This hiding of personal investments by U.S. officials likely included a plethora of offshore tax havens exposed by the HSBC leaks in 2015. Sub.

News Flash:
After encouraging Dr. Arunachalam to investigate his financial holdings “to your heart’s content,” Patent Judge Brian J. McNamara didn’t like the results. He just sanctioned Dr. Arunchalam and threatened to invalidate her patents if she pursues her complaints about his JPMorgan financial conflicts of interest. He expunged the filings analyzing his JPMorgan, Micrsoft, SAP, Citigroup, etc. financial holdings (linked here).

Memo to Judge McNamara: This is not about whether you can sneak around and hide your stock in JPMorgan, SAP etc. This is about Dr. Arunachalam’s solemn property and due process rights. You are trampling on your DUTY to be impartial. How did you grow so rich while working at the Patent Office anyway?

McNamara essentially admitted that he had the conflicts, but that the rules absolve him (in other words, the rules allow cheating and deception!). He also said she cannot represent herself pro se and must hire an authorized attorney, which is illegal. Instead of just withdrawing from the case, he imposed self-serving rules that will enable him to stay in the game and muzzle further complaints about his conflicts, citing a flurry of rules to hide behind, like recalcitrant judges always do. So much for the Code of Conduct Canon 2—avoid the appearance of impropriety.

Rader was a law student of Professor James P. Chandler, the attorney now implicated in the theft of Leader Technologies’ patent in Leader v. Facebook. Chandler was IBM’s chief outside counsel. He worked directly with David J. Kappos at IBM in the founding of The Eclipse Foundation on Nov. 29, 2001, just as Leader Technologies’ social networking innovations were coming off the drawing board. Chandler was ostensibly protecting Leader’s intellectual property and introduced Leader to Battelle Labs, Livermore Labs, Boston Scientific, Wright Patterson Air Force Base, and Fenwick & West LLP. Magically, Facebook hatched 18 months later and Leader, Chandler’s and Fenwick’s client, was iced out of the market. Fenwick started filing patents for Facebook in 2007 (without disclosing Leader’s prior art). Barack Obama announced his candidacy on Facebook in 2007. Kappos was appointed director of the Patent office in 2009. IBM sold 750 patents to Facebook a month before the public offering, a month after Kappos ordered the 3rd Leader reexamination. Fenwick took Facebook public in 2012. The smell of dead fish is pronounced.

The yellow “Attorney” symbol is a rhetorical warning that the attorney is lining his pockets and is likely TOXIC to your property rights and the Rule of Law.

Who is Gibson Dunn LLP? 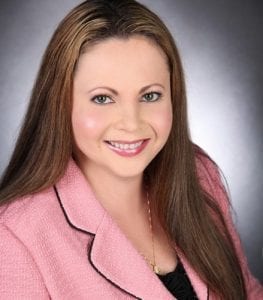 Investigative Reporter Julia Davis investigates Facebook’s Leader v. Facebook attorney Gibson Dunn LLP. She credits this firm with the reason why not a single Wall Street banker has gone to jail since 2008. Click here to read her article “Everybody hates whistleblowers.” Examiner.com, Apr. 10, 2012. Here’s an excerpt:

This statement followed right after Davis cited Facebook’s chief inside counsel in the Leader v. Facebook case, Theodore Ullyot, who appears to have helped lead the Leader v. Facebook judicial corruption. Interesting word choices associated with Gibson Dunn LLP: manipulation, smear. Attorneys swear a solemn oath to act morally, ethically, and in support of democratic principles. They promise to conduct themselves in a manner than instills confidence among the citizenry in the rule of law and the judicial system. These promises appear to be meaningless. Click here for a PDF version of Julie Davis’ article.

We almost forgot to mention (having just recieved it at the time of the article) the public financial disclosure of patent judge Stephen C. Siu (click here) who was assigned by Kappos, in an unprecedented move for a Patent Office director, to invalidated Leader’s patent in a secret Patent Office court. Not surprisingly, Siu holds the telltale insider darling fund Fidelity Contrafund and worked for IBM with Kappos. Siu staffed his Kappos-directed kangaroo court with other IBM cronies. Click here for a new analysis of Stark’s 6,869 holdings in Facebook interests.  You do the math. 78% are lawyers.

We’re hearing these two excuses repeated by judges who have millions and tens of millions of dollars in net worth when they are asked why they did not disclose their stock holdings in litigants like JPMorgan and Facebook. Memo to Judges: Your duty is to disclose your mutual fund portfolio holdings to the parties if there is even the hint of a potential conflict—”even one share.” The parties (not you) will decide whether those holdings are de minimus or not.

On an insider tip, a judge favored by this cartel will invest $500,000 in a Fidelity, T. Rowe Price or Vanguard fund with $30 billion in assets that holds JPMorgan stocks and bonds, for example.* If anyone questions whether he should have disclosed that holding before presiding over a JPMorgan case, he uses the excuse that he doesn’t have to because it is a “de minimus” holding (of no consequence)—even though he will benefit personally by decisions favorable to JPMorgan. Of course, compared to the whole fund its only 0.0017% of the fund. However, ask the investor who invested $500,000 in the patent that the judge just helped JPMorgan steal if its “of no consequence.” That’s ignoring that the judge tripled his investment after the insider tip; but of course, that is also de minimus according this convoluted definition. Memo to Judges: Even the so-called “safe harbor” exemption says it does not apply when you get regular portfolio reports from your mutual funds, which you do twice a year, by law. Using these excuses, no judge would have to disclose any holding in any company stock held by a mutual fund—the ultimate scam. This makes Bernie Madoff look like a gradeschooler, and this time, our supposed watchdogs are in on it! For example, SEC Chair Mary L. Schapiro holds over 50 Facebook “dark pools” mutual funds. Quoting the game hunter in Jurassic Park: “Clever girl.”

Memo to America: These are the same people we have entrusted with guarding our justice system and the rule of law.

AFI investigators have wondered how certain judges, bureaucrats and politicians acquire sudden wealth after attaining high office. It’s either pure genius, or fraud. Turns out it’s mostly fraud, at least in the cases we have investigated: Leader v. Facebook and Pi-Net v. JPMorgan.

We see the same patterns in Ceglia v. Zuckerberg and Rembrandt v. Facebook. The list of go to-attorneys for this Cartel is a tight little group associated with their adviser, Professor James P. Chandler. Chandler appears to be running the show from his perch on the Potomac. Tom Clancy couldn’t make this up.

First we’ll describe how we believe they did it, then we’ll give hard data retrieved from the government’s archives to prove it. Thanks to librarians from a prominent law school for their assistance. Since a picture is worth a 1000 words, Fig. 2 is an illustration of how Leader Technologies’ attorneys Professor James P. Chandler and Fenwick & West LLP (Gordon K. Davidson) led the heist.

On Aug. 25, 2000, F. Gary Davis, 21-year veteran and acting director of the Office of Government Ethics (OGE) issued a tortured 13-page advisory opinion on mutual fund reporting. This advisory introduced the ludicrous notion that fund manager writings in prospectuses (and not actual fund holdings) would govern decisions about disclosing potentially conflicting stocks in a mutual fund. Given the notoriously known penchant for brokers to lie, surely Davis’ 21-years of experience told him this was a bad idea. Was David lining his retirement pockets with Cartel favors?

Following on Davis’ heals seven months later, on Mar. 14, 2001, the U.S. Judicial Conference introduced sweeping changes to the Code of Conduct for Judicial Employees. These changes cleared the way for federal employees in the justice system to use Davis’ ethics advisory to hide their stock in litigants under a euphemistically defined “safe harbor” exemption.

On Aug. 7, 2001, Chandler joined the board of Eurotech, Ltd. comprised of former senior government Energy Department officials looking to exploit homeland security opportunities. According to sources, Chandler said nothing to Leader nor sought a conflicts waiver on this relationship, even though he was engaged in Energy Dept. projects with Leader at WPAFB, LLNL and Battelle regarding Leader’s inventions.

On Aug. 20, 2001, we have verified that Leader entered a legal services agreement with Fenwick & West LLP at Chandler’s recommendation. No conflicts waivers have been sought by Fenwick, especially before they began representing Facebook.

On Nov. 29, 2001, Chandler assisted David Kappos and IBM to form The Eclipse Foundation; said nothing to Leader about the conflict. Source: Eclipse press announcement.

For example, Patent Judge Brian J. McNamara holds up to $3 million in mutual fund stocks. He currently presides over a series of “patent reexaminations” triggered by mega patent infringers JPMorgan and SAP against Internet pioneer Dr. Lakshmi Arunachalam’s. Judge McNamara makes $150,000 per year in salary. Clearly he suffers from sudden-onset investing genius. Click here to read her latest request for an impartial tribunal.

Longtime Federal Circuit Judge Alan D. Lourie in the Leader v. Facebook judicial corruption scandal is worth up to $15 million. How do they do it? Are they that much smarter?

In Fig. 4 we include the related timeline for Leader v. Facebook events. The koinky dinks are off the charts now that the modus operandi is evident. 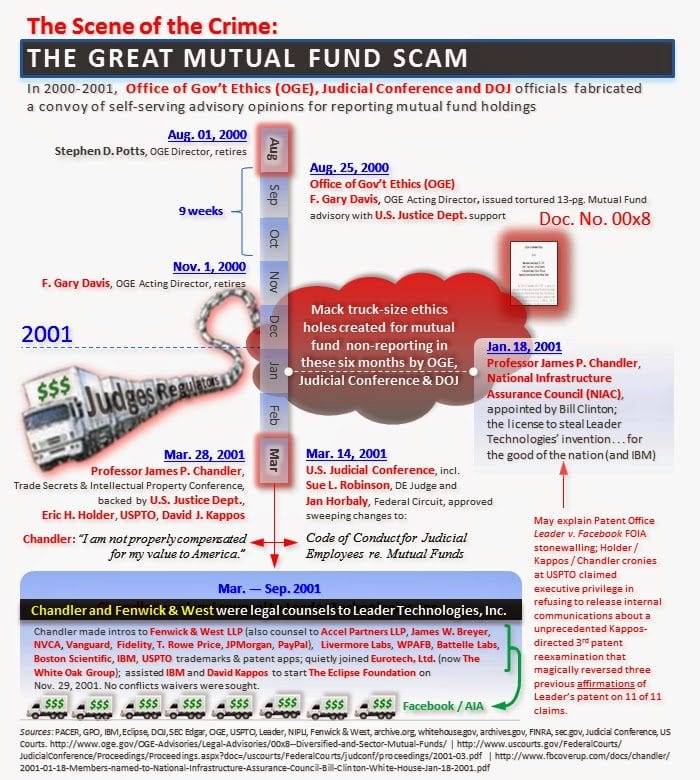 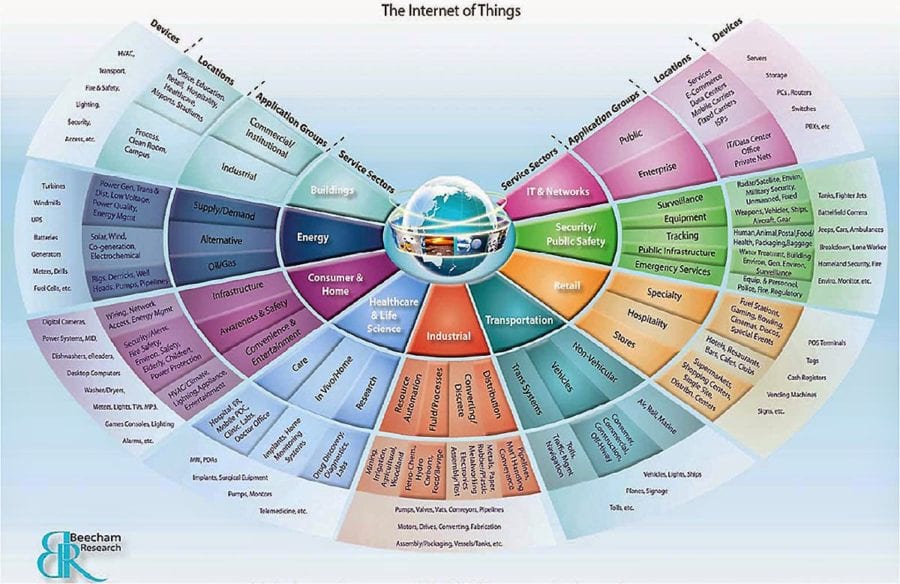 IBM and Microsoft figure prominently in this heist. The judges in Leader’s unprecedented 3rd patent reexam ordered by Kappos are all IBM and Microsoft cronies. In fact the chief judge, Stephen C. Siu, worked for both IBM and Microsoft, according to Siu’s newly acquired financial disclosures. The patent judges between them have issued almost 100 patents to IBM, Microsoft and Xerox. Judge Siu’s failed to disclose his newly discovered holdings in Fidelity Contrafund (his largest single holding).

Judge McNamara holds Fidelity Contrafund as does Eric H. Holder, John G. Roberts, Jr. and three of the four Leader v. Facebook judges, Kimberly A. Moore (she sold it after the IPO, but held it during the Leader v. Facebook proceedings), Evan J. Wallach and Leonard P. Stark (though his Fidelity funds of funds).