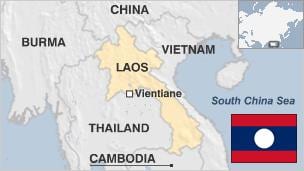 The geologically diverse landscape of Laos, with its forested mountains, upland plateaus and lowland plains, supports an equally diverse population that is united largely through agriculture, particularly the cultivation of rice. Interactions—sometimes hostile, sometimes hospitable—with the neighbouring Khmer (Cambodian), Siamese (Thai), and Myanmar (Burmese) kingdoms between the 5th and the mid-19th century indirectly imbued Laos with elements of Indian culture, including Buddhism, the religion now practiced by most of the population. Both Buddhist and Hindu lores have shaped the visual, performing, and literary arts of the country. Many of the indigenous and minority peoples of the remote highland slopes and mountainous regions, however, have maintained their own idiosyncratic ritual and artistic traditions.

Colonization by the French from the late 19th to the mid-20th century infused Laos with a European cultural element, which intensified throughout the country’s embroilment in World War II and the Indochina wars, as well as a civil war of its own in the second half of the 20th century. Guided by Marxist-Leninist ideology, Laos emerged from the turmoil in 1975 as a communist country. Economic reforms of the late 20th and early 21st centuries, including the development of tourism, have strengthened Laos’s economy, gradually shrinking the country’s debt and diminishing its dependence on international aid.

Last year, Christians were persecuted more than ever before in the modern era — and this year is expected to be worse: "4,136 Christians were killed for faith-related reasons," according to Open Doors USA in its recently published World Watch List 2019 (WWL) of the top 50 nations where Christians are persecuted. "On average, that's 11 Christians killed every day for their faith." Additionally, "2,625 Christians ...
Read More
August 1, 1972 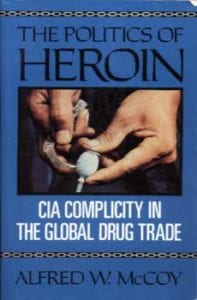 "The full story of how Cold War politics and U.S. covert operations fueled a heroin boom in the Golden Triangle breaks when Yale University doctoral student Alfred McCoy publishes his ground-breaking study, The Politics of Heroin in Southeast Asia. The CIA attempts to quash the book." INTELLIGENCE AUTHORIZATION ACT FOR FISCAL YEAR 1999 (House of Representatives - May 07, 1998) The first book to prove CIA ...
Read More