In 2009, McDonald’s closed in Iceland and on October 31st that year, Hjörtur Smárason bought the last McDonald’s hamburger in the country. Smárason kept the burger, accompanied by fries, in a plastic bag for three years during which it remained unchanged. The hamburger, which still shows no signs of decomposition is now exhibited at Snotra House in Þykkvibær, South Iceland, but previously at Bus Hostel in Skógarhlíð in Reykjavík.

“I had heard something about McDonald’s never decaying so I just wanted to find out for myself whether this was true or not,” explains Smárason who in 2012 gave the hamburger to the National Museum of Iceland. After some years at the museum, a Danish specialist told the museum that they couldn’t preserve a hamburger. “I think he was wrong because this hamburger preserves itself.” According to museum staff, some of the fries had been eaten by museum guests.

Staff at the National Museum asked Smárason whether they should throw it out, but he said no as he considered the item of great historic value. He took it to friends who run the Snotra House in Þykkvibær, South Iceland who now have it on display in the lounge of the guesthose.

The burger and remaining fries are still in good shape even though it’s been almost 10 years since their sell-by date. 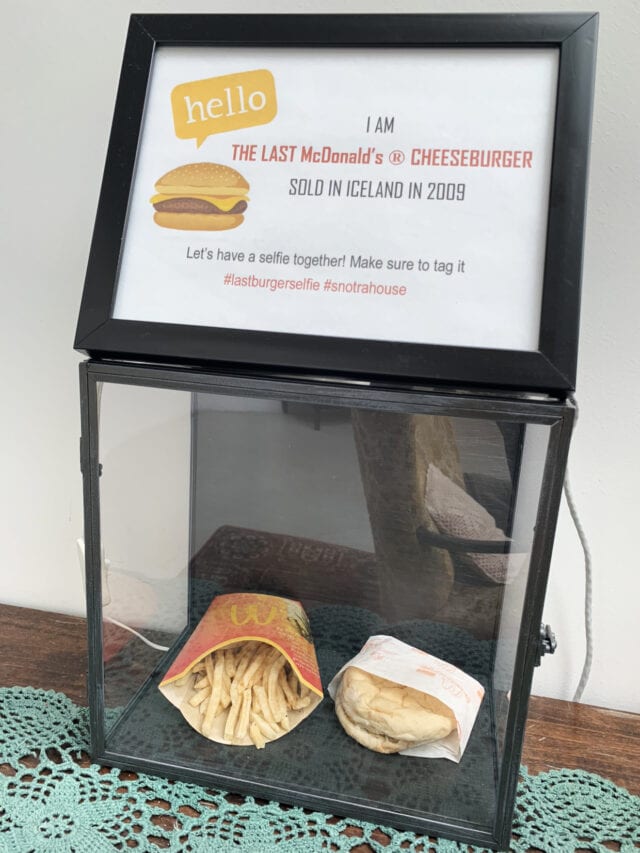