The Supreme Court struck down a New York State gun law that required individuals to show “proper cause” to obtain a concealed carry permit Thursday. The case, New York State Rifle & Pistol Association v. Keith M. Corlett, centered on two New York residents, Robert Nash and Brandon Koch, who both applied for concealed carry permits in Rensselaer County but were denied by the licensing officer, who said the individuals “failed to show ‘proper cause’ to carry a firearm in public for the purpose of self-defense, because [they] did not demonstrate a special need for self-defense that distinguished [them] from the general ...
Read More
June 23, 2022 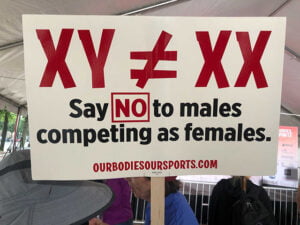 Several female athletes are set to speak at an “Our Bodies, Our Sports” rally in D.C. on the 50th anniversary of Title IX going into effect. Competitive swimmer Riley Gaines Barker is one of many who will speak on preserving women-only sports teams on the same day fifty years ago that the Title IX law went into effect to prevent sex-based discrimination in schools. The NCAA deprived Barker of a fifth-place trophy at the organization’s swimming championships this year after Barker tied for fifth with Lia Thomas, a man, in the women’s 200-yard freestyle. Barker has said the NCAA gave ...
Read More
June 17, 2022 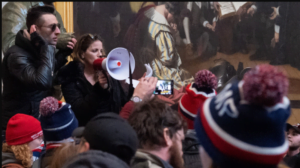 Dr. Simone Gold of California has been sentenced to 60 days in jail for “entering and remaining in a restricted building” when she walked into the U.S. Capitol building on January 6th. BREAKING: Dr. Simone Gold sentenced to 60 days in prison for 'illegal entering' of the US Capitol on Jan 6 — Jack Posobiec 🇺🇸 (@JackPosobiec) June 16, 2022 Dr. Gold, a Stanford graduate who founded the group America’s Frontline Doctors, has been attacked by mainstream media over the past few years for vocalizing her opinions on Covid-19 lockdowns, masks, vaccines and more. Due to her status as ...
Read More
June 16, 2022 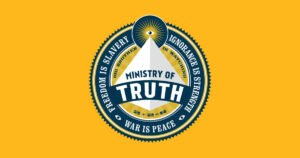 Here we go again. In yet another move to silence dissent, the Biden regime announced the creation of a new task force that will target online abuse and harassment on Thursday. Vice President Kamala Harris, who also serves as Biden’s failed ‘border czar’, will lead the new program, which is officially dubbed “the White House Task Force to Address Online Harassment and Abuse.” She will be joined by the White House’s Director of Gender Policy as well as Biden’s assistant for National Security Affairs, who will both serve as the task force’s co-chairs. According to an official White House “fact sheet,” the task force ...
Read More
June 12, 2022 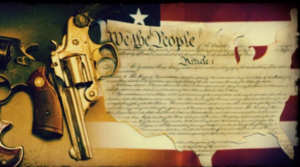 A group of bipartisan senators on Sunday reached an agreement on principle for gun legislation which includes ‘red flag’ laws. 10 Republicans joined the Democrats and bowed to their demands. “The group on the release includes Republican Sens. John Cornyn of Texas, Thom Tillis and Richard Burr of North Carolina, Roy Blunt of Missouri, Bill Cassidy of Louisiana, Susan Collins of Maine, Lindsey Graham of South Carolina, Rob Portman of Ohio, Mitt Romney of Utah and Pat Toomey of Pennsylvania.” – CNN reported. The actual legislation has not been written yet. CNN reported: A bipartisan group of senators announced an ...
Read More