Journalist Emerald Robinson was suspended from Twitter after asserting that ‘Luciferase” was in the Moderna vaccine. The mainstream media went into cover up mode immediately to discredit her and label her as a conspiracy theorist. However, Luciferase clearly IS an ingredient on page 46 in table 4 of Moderna patent #US10703789. 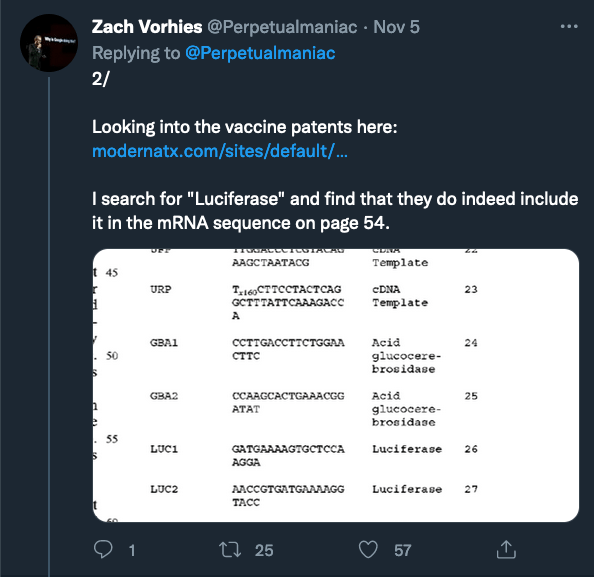 Luciferase is an enzyme that can produce bioluminescence. (It can make things glow, basically.) That’s why Luciferase is commonly used in the biomedical industry. It’s used to tag very tiny things like cells or proteins so that you can track them.

It tags things so you can track them.

More from the patent here: 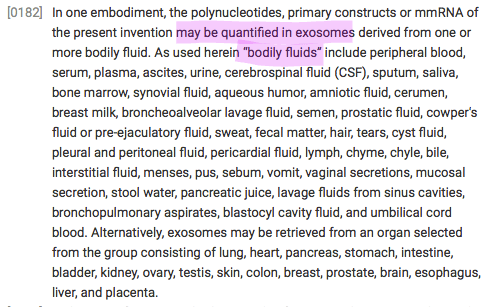 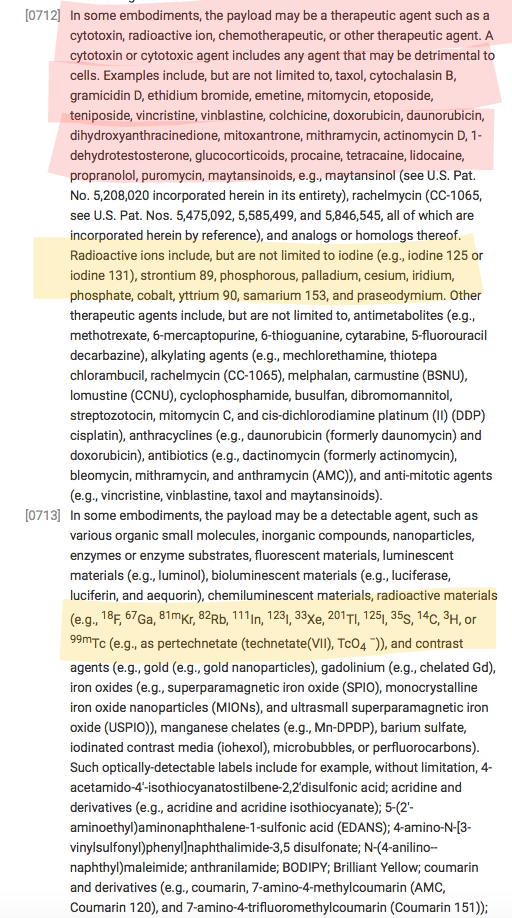 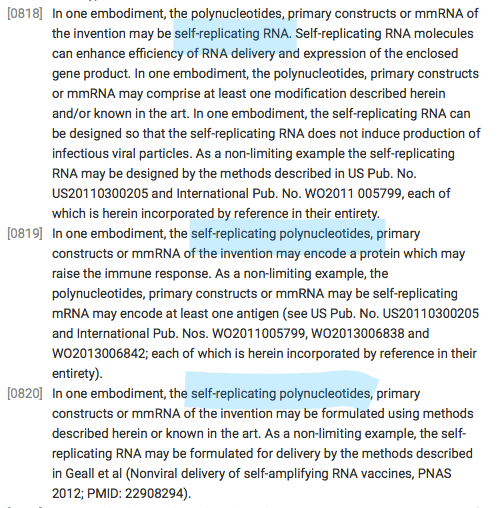