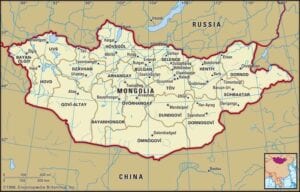 Landlocked Mongolia is located between Russia to the north and China to the south, deep within the interior of eastern Asia far from any ocean. The country has a marked continental climate, with long cold winters and short cool-to-hot summers. Its remarkable variety of scenery consists largely of upland steppes, semideserts, and deserts, although in the west and north forested high mountain ranges alternate with lake-dotted basins. Mongolia is largely a plateau, with an average elevation of about 5,180 feet (1,580 metes) above sea level. The highest peaks are in the Mongolian Altai Mountains (Mongol Altain Nuruu) in the southwest, a branch of the Altai Mountains system.

Some three-fourths of Mongolia’s area consists of pasturelands, which support the immense herds of grazing livestock for which the country is known. The remaining area is about equally divided between forests and barren deserts, with only a tiny fraction of the land under crops. With a total population of fewer than three million, Mongolia has one of the lowest average population densities of any country in the world.

The Mongols have a long prehistory and a most remarkable history. The Huns, a people who lived in Central Asia from the 3rd to the 1st century bce, may have been their ancestors. A united Mongolian state of nomadic tribes was formed in the early 13th century ce by Genghis Khan, and his successors controlled a vast empire that included much of China, Russia, Central Asia, and the Middle East. The Mongol empire eventually collapsed and split up, and from 1691 northern Mongolia was colonized by Qing (Manchu) China. With the collapse of Qing rule in Mongolia in 1911/12, the Bogd Gegeen (or Javzandamba), Mongolia’s religious leader, was proclaimed Bogd Khan, or head of state. He declared Mongolia’s independence, but only autonomy under China’s suzerainty was achieved. From 1919, nationalist revolutionaries, with Soviet assistance, drove out Chinese troops attempting to reoccupy Mongolia, and in 1921 they expelled the invading White Russian cavalry. July 11, 1921, then became celebrated as the anniversary of the revolution. The Mongolian People’s Republic was proclaimed in November 1924, and the Mongolian capital, centered on the main monastery of the Bogd Gegeen, was renamed Ulaanbaatar (“Red Hero”).

From 1921 until the end of the 1980s, Mongolia was a one-party state closely tied to the Soviet Union. It received technical, economic, and military assistance from the Soviet Union and generally followed Soviet guidance in political and economic matters and in the building of a socialist society. However, beginning in 1990, forces for change in Mongolia ended the monopoly of political power by the communists in favor of free multiparty elections, coalition government, a new constitution, greater cultural and religious freedom with more emphasis on Mongol national traditions, a neutral position in international relations, and a transition to a market economy. (Britannica) 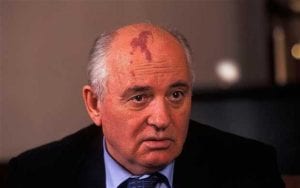 The State of the World Forum took place sponsored by the Gorbachev Foundation located at the Presidio in San Francisco. The former head of the Communist empire had gathered "nearly 500 senior states-people, political leaders, spiritual leaders, scientists, intellectuals, business executives, artists and youth from 50 nations to begin a process of deliberation on the central question of what priorities, values and actions should guide humanity as ...
Read More
September 21, 1949 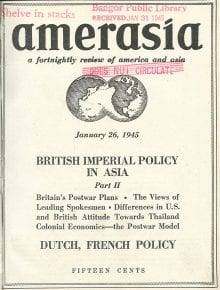 At the Opening of the Chinese People’s Political Consultative Conference in Peking, Mao Zedong Outlines the New Chinese Communist Government – Thanks to U.S. Assistance!

The September 1949 conference in Peking was both a celebration of the communist victory in the long civil war against Nationalist Chinese forces and the unveiling of the communist regime that would henceforth rule over China. Mao and his communist supporters had been fighting against what they claimed was a corrupt and decadent Nationalist government in China since the 1920s. In September, with cannons firing salutes ...
Read More
October 1, 1941 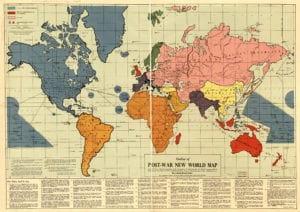