Facebook announced in early April 2018 that the data of up to 87 million users may have been improperly shared with a political consulting firm connected to President Trump during the 2016 election. 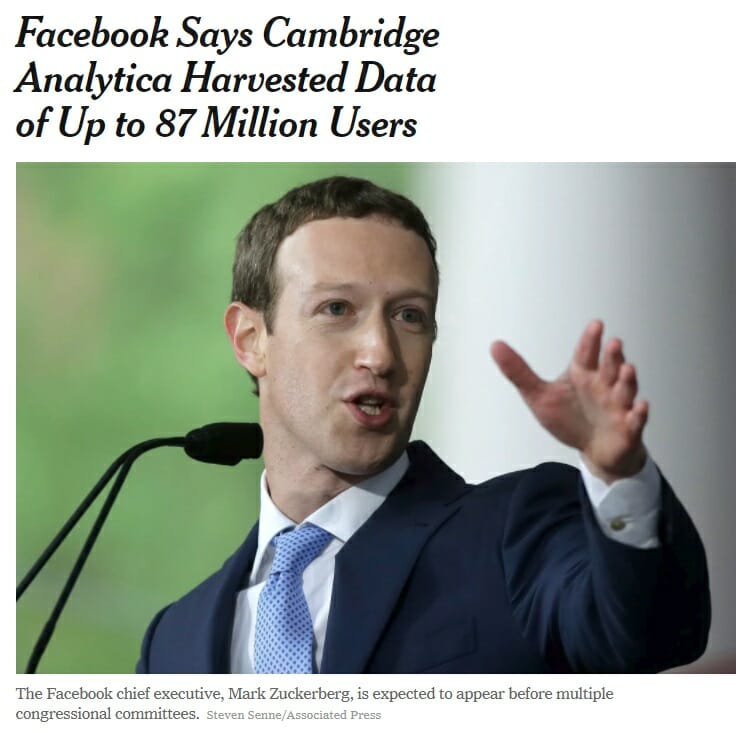 But in 2012 the Obama campaign harvested data from 190 million Facebook users.

The media cheered the sheer brilliance of the Obama campaign.

CNN cheered the brilliant strategy of the Obama campaign.

A newly completed study be the UK’s information commissioner rejects earlier accusations put forward by leftist hacks and alleged whistleblowers that Cambridge Analytica acted improperly during the 2016 US election.

After more than three years, Elizabeth Denham, the UK’s Information Commissioner, has closed her investigation into improper data handling by the SCL and Cambridge Analytica group.

At first glance her findings, which were released on Tuesday, dispel many of the accusations put forward by whistleblowers and digital rights campaigners over the course of 2018.

The most serious of these was that the digital marketing specialist had colluded with Russia to steer the results of the Brexit referendum and broken US campaign rules during the 2016 presidential election. Campaigners had also previously argued the company failed to delete contentious data sourced from Facebook without users’ permission when asked.

Denham told a parliamentary select committee on Friday that “on examination, the methods that SCL were using, were in the main, well recognised processes using commonly available technology”.