Tom Del Beccaro, chairman of the Rescue California PAC working to recall Governor Gavin Newsom, said his team now has over the needed 1.5 million signatures to force a recall election this year.

Fox LA reported that those signatures still have to officially be verified so the recall organizers are working to get 2 million signatures by March 17 just in case the California swamp tosses out “invalid signatures.”

The below tweet was deleted by Twitter’s censors later that day: 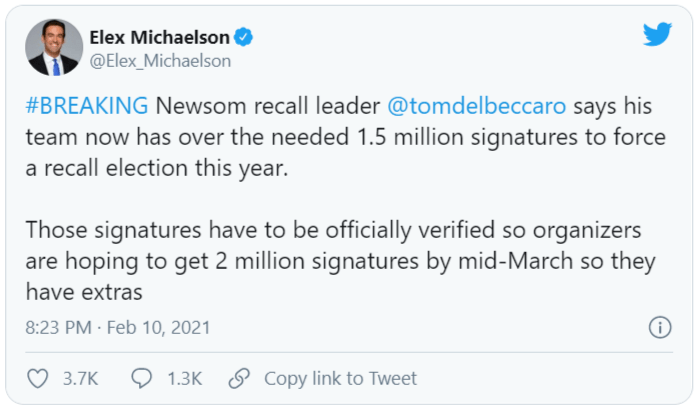 Go to Term Page
" >poll numbers are tanking amid efforts to oust him from office.

According to two California polls, Newsom’s approval rating has sharply dropped in the last few months.

Only 46% of California voters approve of Newsom’s job performance, down from a 67% approval rating from September.

Newsom came under fire after he ordered businesses to close while keeping his own winery, Plumpjack Winery open.

Governor Newsom was also caught dining at The French Laundry in Napa Valley at $800 per person while telling Californians they couldn’t gather for Thanksgiving. 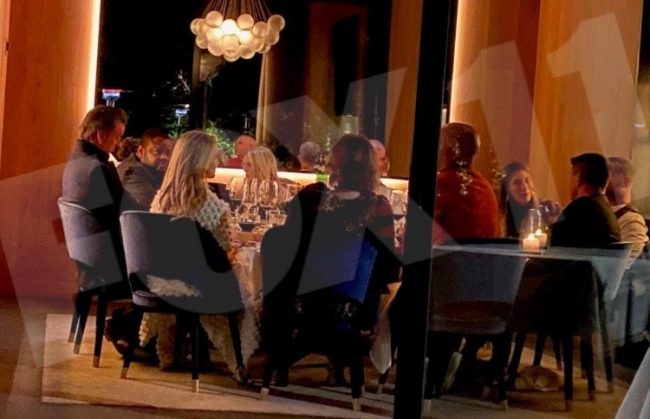 Recall organizers are working to gather 2 million signatures because they know Newsom and the Democrat machine will fight to toss out “invalid signatures.”

Click here for a petition locator tool to find a recall location near you.