Niger, officially Republic of Niger, French République du Niger, landlocked western African country. It is bounded on the northwest by Algeria, on the northeast by Libya, on the east by Chad, on the south by Nigeria and Benin, and on the west by Burkina Faso and Mali. The capital is Niamey. The country takes its name from the Niger River, which flows through the southwestern part of its territory. The name Niger derives in turn from the phrase gher n-gheren, meaning “river among rivers,” in the Tamashek language.

Niger is one of the world’s leading producers of uranium, which is mined at Arlit, Akouta, and Tassa. Extraction at the Arlit site is undertaken by the French-controlled Société des Mines de l’Aïr (SOMAIR). The second major mining concern, the Compagnie Minière d’Akouta (COMINAK), is owned partly by the government of Niger and partly by foreign interests. The Tassa mine opened in 1986 and is operated by SOMAIR. The uranium industry was seriously affected by the fall in uranium prices in the early 1980s. Development of additional sites is dependent upon an increase in world uranium prices. (Britannica) 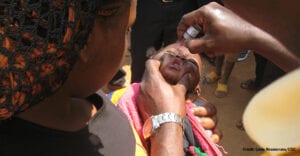 It is exceedingly rare for the public health community to admit to any problems with vaccination. Every so often, however, circumstances force officials into making just such an acknowledgment. The current debacle seeping out into the news—which is actually a long-running tale minted anew—is that oral polio vaccines are “spawning virulent strains” of polioviruses. The alarming surge in vaccine-derived polio cases presents vaccine planners with a ...
Read More