Those who believe the Earth is flat vary in the exact theories, but whether they believe in science or religious literature as the basis for their claims, a new YouGov study reveals that 2% of Americans resolutely say the earth is flat.

8215 US adults were questioned on Feb 6, 2018. Results are weighted to be representative of the US population. 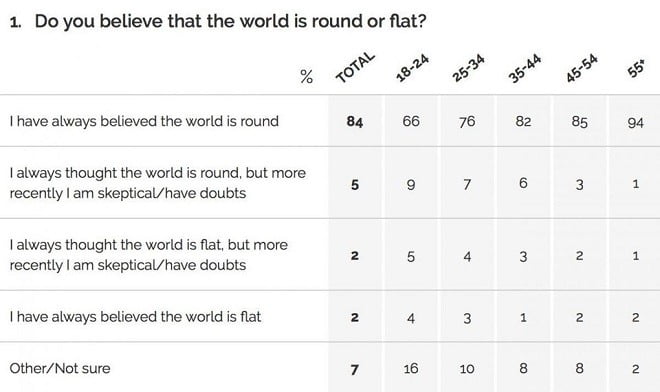 While an overwhelming majority of Americans (84%) believe that the Earth is round, at least 5% of the public say they used to believe that but now have their doubts.

Flat earthers find traction in their beliefs among a younger generation of Americans. Young millennials, ages 18 to 24, are likelier than any other age group to say they believe the Earth is flat (4%). 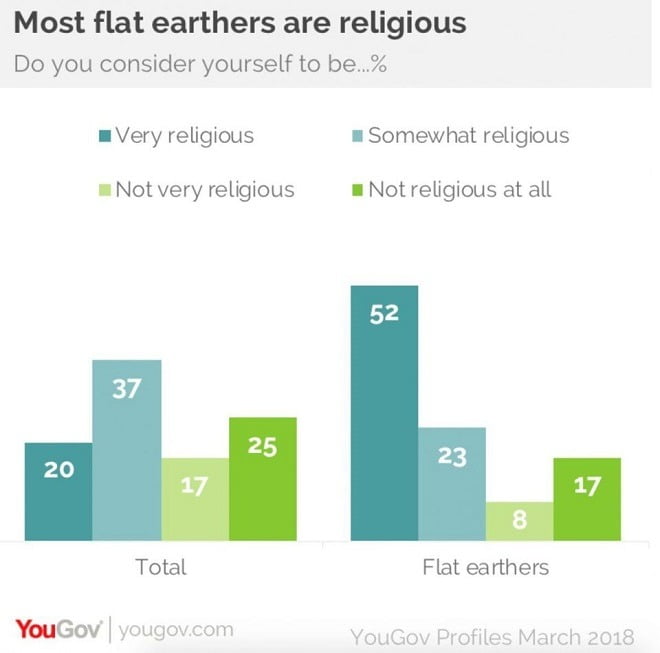 Religious beliefs appear to be correlated with one’s likelihood to subscribe to a flat Earth. YouGov found that 52 percent of flat earthers consider themselves “very religious” and 75% at least “somewhat religious.”

Robin Andrews with IFLScience pointed out that staunch religious conservatives tend to hold a disbelief in science and are unwilling to support scientific publications. 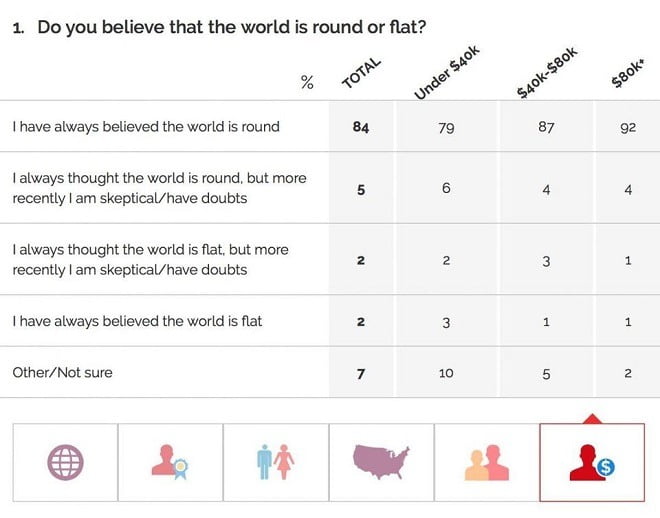 Comparing religious beliefs, YouGov found that Democrats are slightly less likely to believe the Earth is round than Republicans (83 versus 89 percent, respectively). This, perhaps, could be an overprint of younger generations more likely to lean Democratic and older generations more likely to lean Republican. While YouGov didn’t find a significant variation in flat Earth beliefs geographically, they did find a significant variation based on income level. The survey found that those with an income less than $40,000 (79%) are much less likely to believe the world is round compared to those with an income over $80,000 (92%).