May 23- June 6, 2015 – Coinciding with Operation Jade Helm and 5 Super Walmart store abrupt closures in the US, many speculate the abrupt Target store closures and Canadian military Operation Maple Leaf are part of the preparation drill for martial law and are being prepared to be processing and distribution centers when martial law is instituted.

According to one source, the significance of the closing of these large department stores coinciding with the large-scale Jade Helm and Maple Resolve operations is the fact that the military will use these stores as military distribution installations.

The source states that backdoor logistics software exists within these stores specifically to be used for military purposes.

In Canada, we have the laying off of 17,000 people across 133 Target stores that now lay empty. These buildings are huge, each being around 130,000 square feet.

So this is just a big OOPS? They mistakenly created all these massive stores just to turn around and close them?

Target Canada closed every last one of the chain’s department stores on Sunday, but not before six employees in Victoria, British Columbia, sent theirs off with a proper farewell.

This leaves Millions of Square Feet Just Sitting there Empty.

These facilities would serve as the Perfect place to House Thousands of People In A Disaster or False Flag Event.

Although many of these buildings may be sold in the future, it is important to keep an eye on all future activity at these locations. If you see anything suspicious, Let me know. I’ll do my best to cover the story and get the word out there. We are in this together. 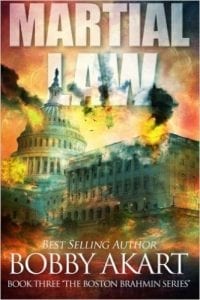 Martial Law is a prophetic and prescient novel by author Bobby Akart. The Boston Brahmin series continues as much of America is thrust into bedlam and upheaval following a vicious cyber attack on the country’s critical infrastructure.

A President, with an election looming as his second term nears an end, conspires with the wealthy and politically powerful Boston Brahmin to bring the country to its knees. While ordinary Americans struggle for survival, others demand answers. A centuries old cadre of Bostonians with roots dating back to the Founding Fathers, are forced to face the tough questions including:

Is this the result of a false flag, or is it for the greater good?

Political suspense collides with post-apocalyptic thriller fiction as Martial Law, book three in The Boston Brahmin series reveals that all empires collapse eventually and that there have been no exceptions. 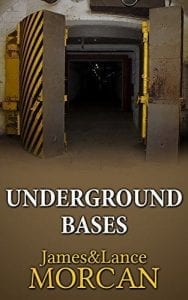 UNDERGROUND BASES: Subterranean Military Facilities and the Cities Beneath Our Feet, by novelists, filmmakers and independent researchers James Morcan & Lance Morcan, details confirmed and rumored underground facilities in the United States and around the world. Containing rare photographic evidence throughout as well as little-known quotes from key government figures, it makes a compelling case for there being an enormous hidden world under the Earth’s surface.

The Morcans speculate that the covert underground infrastructure may be far bigger than anyone has previously supposed and is likely used for the development of suppressed technologies. Their sources include declassified files, university reports, WikiLeaks’ documents and interviews with ex-military personnel turned whistleblowers who claim to have worked in “cities below ground”.

UNDERGROUND BASES delivers a vast array of facts and theories that ultimately allows readers to form their own conclusions. The exposé covers everything from: the US Department of Defense’s verified evacuation areas beneath the White House and the Pentagon as well as their acknowledged sites at Mount Weather and Cheyenne Mountain; underground facilities around the world including Russia’s sprawling Mezhgorye complex and Australia’s CIA-managed Pine Gap; the long-forgotten newspaper headlines which reported that Adolf Hitler and senior SS officers may have built a Nazi colony beneath Antarctica after WW2; rumors that human-alien joint ventures are occurring below ground and that kidnapped citizens are being detained in subterranean prisons for illegal medical experimentation such as cloning.

Why are the Global Elite spending trillions of dollars of their black budgets to build such vast networks of underground (and undersea and under-ice) sites? Are they simply preparing for emergencies as per official government explanations? Do they believe an Armageddon scenario is imminent? Are they secretly collaborating with extraterrestrials? Or, are they literally creating a breakaway civilization separate to the rest of humanity?

To attempt to address these and other questions, UNDERGROUND BASES takes readers on a vicarious journey into miles-deep military bases and other subterranean facilities not known to the general public.