Tracy Twyman was a researcher into the occult who lived near Portland, Oregon. I went on the RX Only Picture show with her in March this year, and called into the show again on May 22 when they did a special after Isaac Kappy’s death on May 13, 2019. Tracy had been in touch with Kappy and was investigating some of the same things, including Voodoo Donuts and their neighbor Dante’s – which both make extensive use of Satanic imagery and themes.

Tracy shared some of her research with me after that, but asked me not to publish it at the time because she was quitting Twitter and YouTube after receiving death threats.

That makes this video that she created for me and one other person a kind of “Dead Mans Switch”. 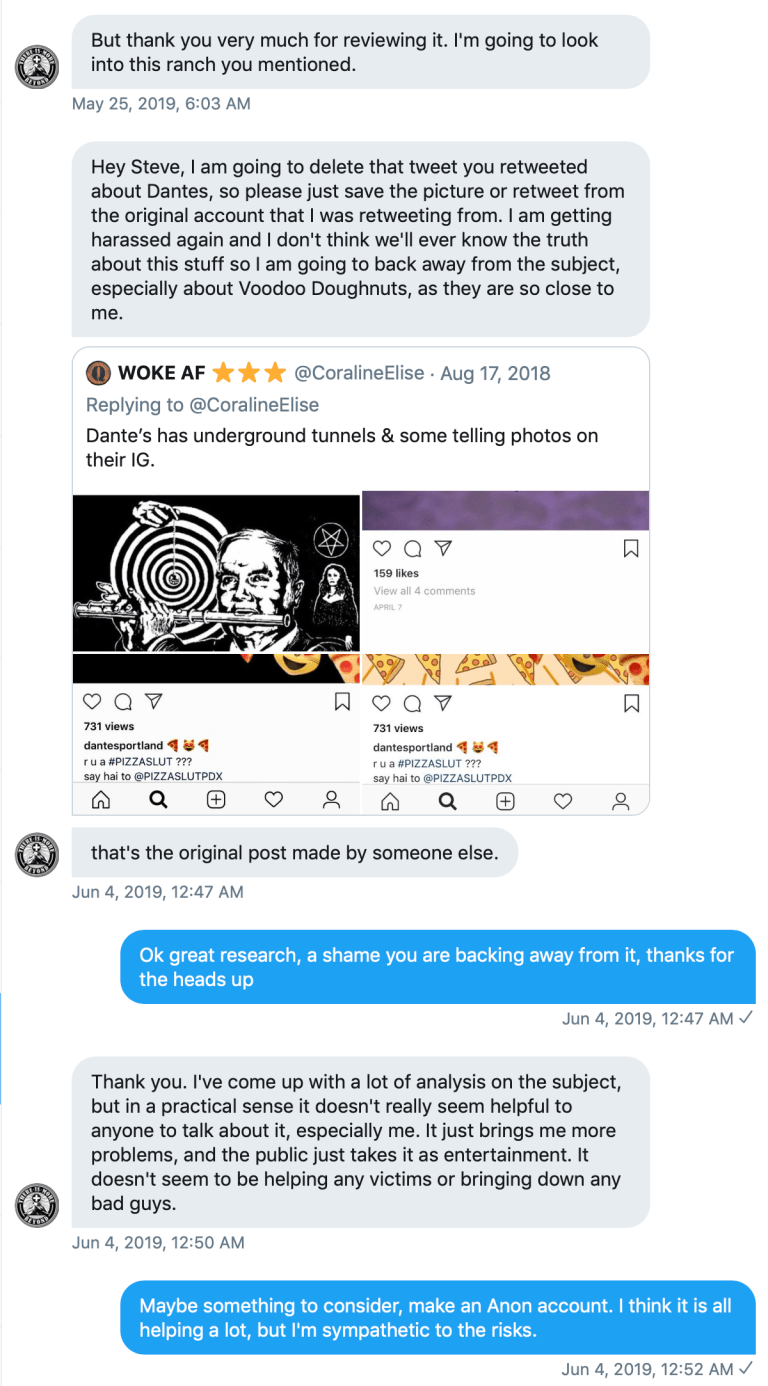 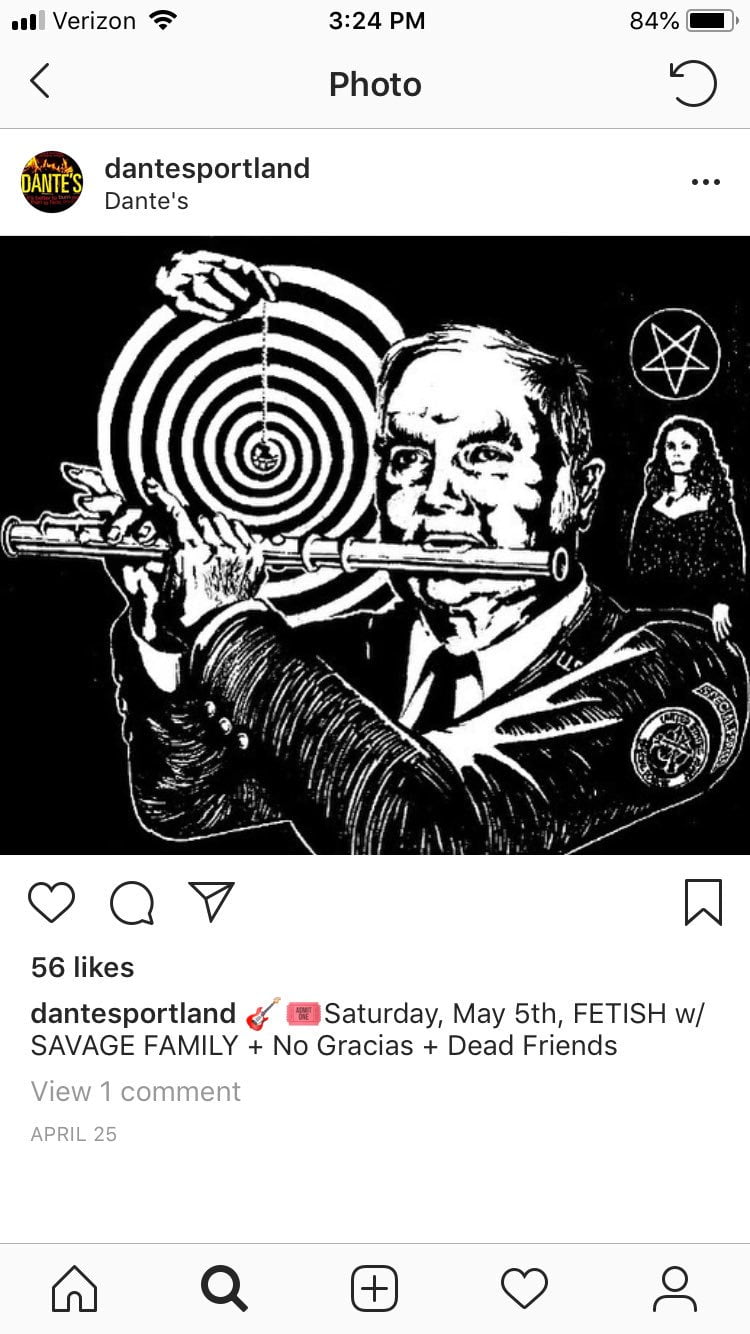 Tracy lived an unusual & exceptional life. She graduated from high school at Portland Community College and graduated with honors from New Jersey City University. At age 13 she produced her first Cable Access Show, Damasche After Dark, and by age 15 she authored her first Zine, Dagobert’s Revenge, which was met with much acclaim and was widely distributed in New York City and Los Angeles markets. Her journalism career began at age 16 when she was a feature writer for the PCC college newspaper and she produced her first film, Signs and Symbols of Free Masonry. Over the next 20 years she authored over 30 books, her first being The Merovingian Mythos. She was a frequent guest on the international radio broadcasts of Coast to Coast and Dreamland, was a featured guest on Jesse Ventura’s TV series and was a regular guest on Clyde Lewis’ radio show Ground Zero, even working as the show’s producer for a brief stint. She also had her own radio show weekly on local radio in Oil City, PA. She was an excellent writer with a gift for plotting as seen in her last novel, the roman a’ clef, Genuflect, and wrote about many subjects ranging from the Occult and Free Masonry to scholarly books on Economics. Tracy was deeply loved, had a sparkling wit, and was a joy to fans, friends and her family.

She is survived by her husband, son, mother and grandfather.