The Food Babe says this of the bill:

It was clearly written to protect Monsanto, the agrochemical and GMO industries.

This new bill screws consumers and favors the food industry to continue to make us work for the truth.

This is the DARK Act 2.0 and will continue to keep Americans in the dark about GMOs in our food.

She adds the following reasons why the new GMO Labeling compromise is a nightmare:

Other quotes from organizations that want to protect our right to know what goes into our food and bodies:

“This is not a food-labeling bill. This is a rollback of democracy at the behest of the world’s largest agribusiness and biotech corporations.” ~ Food & Water Watch

“This is still completely unacceptable to the nine out of ten Americans who want to be able to understand what they are buying. It doesn’t give people the choice they want. What has to be done now is stop this bill from getting through the Senate.” ~ Michael Hansen, senior scientist at the Consumers Union

“This is not a labeling bill; it is a non-labeling bill. We are appalled that our elected officials would support keeping Americans in the dark about what is in our food and even more appalled that they would do it on behalf of Big Chemical and food corporations.” ~ Center for Food Safety

Joel Skousen of WorldAffairsBrief.com adds the following analysis of the bill:

Don’t be impressed that the Senate (where Monsanto pays handsomely for favors) has finally passed a nationwide GMO labeling law. Monsanto and other GMO food giants have spent millions trying to kill GMO labeling bills in states around the nation, but Vermont’s measure slipped through anyway requiring the simple statement, “produced with genetic engineering” on any food product with GMO ingredients. The bill before Congress would overrule state laws, which in principle is fine to establish a uniform requirement for food manufacturers to adhere to, but this bill provides multiple ways for food companies to hide the fact that they are using the cheap, GMO ingredients. Reuters explains,

The bill will require food manufacturers to use one of three types of labels to alert consumers to the presence of GMO ingredients in food products. The three label types include a written statement on the package, a link to a website or a phone number, or a quick response (QR) code that can be scanned by a smartphone. [It’s not even printed on package in plain English! How many people are going to call the company, navigate a website or scan every product they are considering with their phone? These are major loopholes.]

The measure now goes to the House of Representatives, where it is expected to pass.

Drawing praise from farmers, the bill sponsored by Republican Senator Pat Roberts of Kansas and Democrat Senator Debbie Stabenow of Michigan is the latest attempt to introduce a national standard that would override state laws, including Vermont’s that some say is more stringent, and comes amid growing calls from consumers for greater transparency.

Another opponent of the bill, Democratic Senator Jeff Merkley of Oregon, said it would institute weak federal requirements making it virtually impossible for consumers to access information about GMOs. “It’s fair to say that it’s not the ideal bill, but it is certainly the bill that can pass, which is the most important right now,” said American Soybean Association’s (ASA) director of policy communications Patrick Delaney.

When the Soybean association comes out in favor of a GMO-labeling bill, you know something is wrong as nearly all soybeans are genetically modified. Consumerist.com highlighted the numerous ways this bill allows food companies to hide their GMO ingredients from consumers:

The Food and Drug Administration… takes issue with the bill’s definition of “bioengineering” which the agency contends “would result in a somewhat narrow scope of coverage.” For example, the legislation says that the food products that receive these labels must contain genetic material. However, some ingredients and final food products are treated in such a way that they do not ultimately contain any genetic material. Thus, a food producer could use oil made from genetically engineered soy plants, but that ingredient would not trigger the requirement for a GMO label. “Likewise, starches [like corn] and purified proteins would not be covered,” notes the FDA memo.

A second potential loophole lies in a clause that limits the use of GMO labels to cover ingredients where the genetic modification “could not otherwise be obtained through conventional breeding or found in nature.” That is, if there’s a chance this sort of change to an ingredient’s genetic material could happen naturally or through old-fashioned breeding, the GMO label is not required.

The bill will allow food producers to use barcodes or website URLs on packaging instead of the simple, one-sentence “Produced With Genetic Engineering” label required by Vermont.

The FDA says that this lax labeling requirement would be “in tension with FDA’s statute and regulations, which require disclosures on food labels. For example, under FDA’s provisions, information such as Nutrition Facts and the list of ingredients must be displayed directly on the label.”

Lawmakers behind this bill have effectively ignored the FDA’s input on the legislation, and they have been able to do so because Senate leadership helped to expedite the debate process, essentially skipping over all of the steps [Committee hearings] that would have allowed FDA and others to push for changes to the law. That’s what “fast tracking” a bill does. 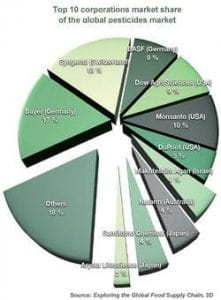 The “Big 6” pesticide and GMO corporations are BASF, Bayer, Dupont, Dow Chemical Company, Monsanto, and Syngenta. They are so called because they dominate the agricultural input market — that is, they own the world’s seed, pesticide and biotechnology industries.

According to the United Nations Conference on Trade and Development (UNCTAD), corporate concentration of the agricultural input market “has far-reaching implications for global food security, as the privatization and patenting of agricultural innovation (gene traits, transformation technologies and seed germplasm) has been supplanting traditional agricultural understandings of seed, farmers’ rights, and breeders’ rights.” 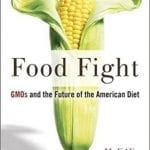 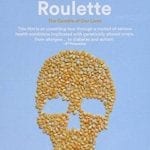 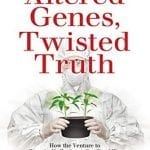