Political operative Roger Stone was convicted on all 7 counts against him today by a jury containing other operatives in an area that voted over 90 percent for Hillary Clinton.

Republican operative Roger Stone was found guilty Friday of all seven counts against him, including witness tampering and making false statements. …

His sentencing was set for Feb. 6, and he faces up to 20 years in prison. The jury deliberated for two days.

The trial took place in Washington, DC, a city that voted 90.9 percent for Clinton. Stone’s former client, Donald Trump, received just 4.1 percent of the vote, according to the New York Times. 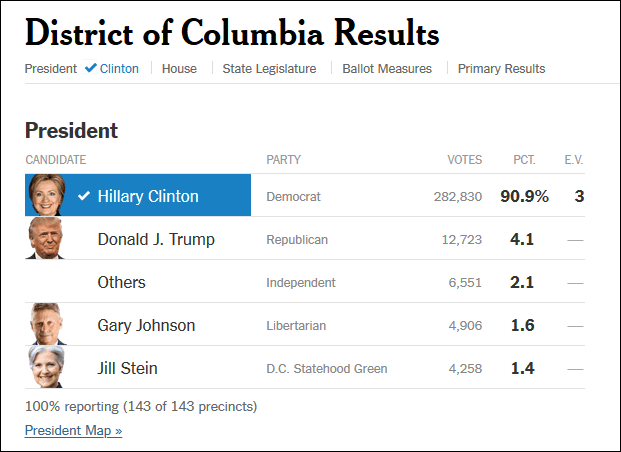 InfoWars’ Alex Jones reported the jury included “CIA operatives, Democrat Party operatives, people that work for Clinton, Obama, high-level — not just this one woman, the first that it came out in that hearing, was selected as the first juror.” Following his exposure to the corrupt jury and judge, the prosecutor in the case called for the arrest of Alex Jones. The judge in Stone’s trial, Amy Berman Jackson, is an Obama appointee who is “transparently and aggressively political,” as Tucker Carlson highlighted on his November 6th show.

Jackson had already prevented Stone from publicly defending himself in the case, allowing the media to continue to slander Stone without him being able to defend himself under threat of imprisonment.

Carlson said Jackson’s behavior in court had turned out to be “even more ludicrous and unprofessional,” rolling her eyes and snorting at Stone to suggest “he’s guilty before the trial even started.”

One of the prospective jurors turned out to be a former press secretary in the Obama administration who “despises Donald Trump and has friends in the federal prosecutors office which is trying the case.”

The potential juror absurdly claimed that she had followed the Mueller investigation closely but hadn’t heard of Stone and didn’t have a strong opinion on the issue. Jackson refused to remove the woman from the jury pool, arguing, “personal conflicts were not automatically disqualifying.”

“What ought to be automatically disqualifying is Amy Berman Jackson behavior from the bench, no fair person could condone it,” said Carlson.

Sources close to the trial said that out of 82 prospective jurors, just two indicated that they were Republican and were immediately struck down out of hand. Even one woman who had once worked for the Reagan administration was dismissed as a potential juror because of a supposed conflict of interest. However, jurors who have worked under Obama or who have expressed their hatred for Trump were selected with no qualms whatsoever.

The judge also held reporter Jacob Engels in contempt of court for trying to manipulate jury selection process by pointing out a former Obama employee. Jackson also reportedly told the media to leave the courtroom and then cut the live video feed to the media room on at least one occasion.

Pro-Stone demonstrators were also not allowed anywhere near the courthouse yet activists from Right Wing Watch were allowed to be permanently on site and yell slurs at Stone.

President Donald Trump called the jury’s verdict against his former campaign associate Roger Stone a “double standard.” Moments after the verdict was revealed, Trump questioned why others who used government resources to stage a coup attempt against his presidency aren’t being held to the same standard.

So they now convict Roger Stone of lying and want to jail him for many years to come. Well, what about Crooked Hillary, Comey, Strzok, Page, McCabe, Brennan, Clapper, Shifty Schiff, Ohr & Nellie, Steele & all of the others, including even Mueller himself? Didn’t they lie?….

The Head juror in the Stone case was radical democrat and Trump-hater Tomeka Hart who had a Twitter history of disparaging Trump, and retweeting anti-Stone commentary after Stone’s arrest, including sharing articles about the Roger Stone case, according to a masterful thread by MAGA researcher Shem Horne. Tomeka Hart testified during the jury selection that she had no biases against Roger Stone and that she ‘hardly paid attention’ to the Russia investigation, but she specifically attacked Stone on Twitter shortly after he was arrested. Crooked Judge Amy Berman-Jackson covered for her.

Seth Cousins, juror number 3 in Roger Stone’s trial, wrote an op-ed published by the Washington Post, claiming that the jury, who handed down a guilty verdict on all counts against Stone, acted independently and with no bias towards Mr. Stone for his previous political activities or the fact that he is one of President Trump’s most ardent defenders and longtime friends.

Court documents obtained by NATIONAL FILE show that a Russian national who used the fake name “Henry Greenberg” when meeting with Roger Stone in 2016 admitted under oath to being a longtime FBI informant.

On February 10, 2020, Federal Prosecutors recommended 67-year-old Trump confidante Roger Stone serve 7-9 years in prison for process crimes during the Mueller witch hunt. President Trump would slam Stone’s political targeting and sentencing as a “Miscarriage of Justice” in a tweet:

This is a horrible and very unfair situation. The real crimes were on the other side, as nothing happens to them. Cannot allow this miscarriage of justice! https://t.co/rHPfYX6Vbv

Following the Trump tweet and outrage by the right for the injustice after so many lying leftists walk free of even a day in court, the DOJ backed off of the excessive charges: “The Department finds seven to nine years extreme, excessive and grossly disproportionate,” the source told Fox News. Pelosi would accuse Trump of engaging in “political interference” for his tweeting about Roger Stone’s excessive sentencing, claiming that the ‘DOJ should be investigated’ in an effort to silence any dissenting voices and put up resistance or their political sentencing. The Department of Justice said it was “shocked” at the excessive prison term being sought by Mueller’s prosecutors because it wasn’t what the DOJ was initially briefed on. The same thing happened in the General Flynn show trial.

This was all a set-up to get reaction from Attorney General Bill Barr and President Trump in order to start up a new smear campaign against Trump and his trusted Attorney General. Democrats and Deep State Democrats know the ongoing Durham investigation will expose them criminal actors who lied and deceived the American public and Congress in order to remove President Trump from office.

The corrupt judge, Amy Berman-Jackson, would impose a full gag order on Stone as well after he posted an inflammatory photo of the judge on his Instagram. Several potential jurors in Stone’s case ended up being Trump-hating, Obama-era officials who admittedly voted for Hillary Clinton in 2016 so Stone’s lawyer’s tried to strike them as potential jurors. And another juror was a Democrat candidate for office in Tennessee. Amy Berman Jackson wouldn’t dismiss any of these jurors, stacking the deck against Stone. One of the potential jurors actually had a husband who worked in the DOJ and played a role in the Russian collusion hoax that ultimately took down Roger Stone — and Judge Jackson allowed her to remain as a potential juror!

Stone’s attorneys would file a sealed motion requesting a new trial, however the corrupt and biased Judge Berman-Jackson would deny the request refusing to recuse herself after she praised the “integrity” of the jury that convicted him and respond with a harsh sentence of 3 years, 4 months in prison, $20,000 fine – and he’s still under gag order!

Judge Amy Berman Jackson entered letters in the sentencing case file for Roger Stone by seemingly random Trump-haters who wrote in praise of the judge while also spinning Trump-Barr conspiracy theories likely picked up by non-stop watching of MSNBC. One letter writer bragged they burned an American flag given to them by a veteran when Trump was elected.

Tucker Carlson referred to the Obama-appointed judge as a “Democratic activist wearing robes.” and advocated for her to be impeached.

(TGP) Roger Stone has fought to have the charges dismissed, a motion that Amy Berman Jackson has yet to rule on. At the same time, journalist and filmmaker Mike Cernovich has filed a motion with the court as an intervenor requesting to unseal the juror questionnaires so that it can be determined just how many of the jurors on the all Democrat jury lied about their extreme bias against Roger Stone and President Donald J. Trump.

In response to Cernovich’s motion, Judge Amy Berman Jackson appointed a pricey D.C. lawyer to represent the jurors, gifting them a blank check and the best defense money could buy. Immediately, Alan C. Raul, Jackson’s puppeteer, claimed that the release of the documents should be denied because it could violate the privacy of the jurors. 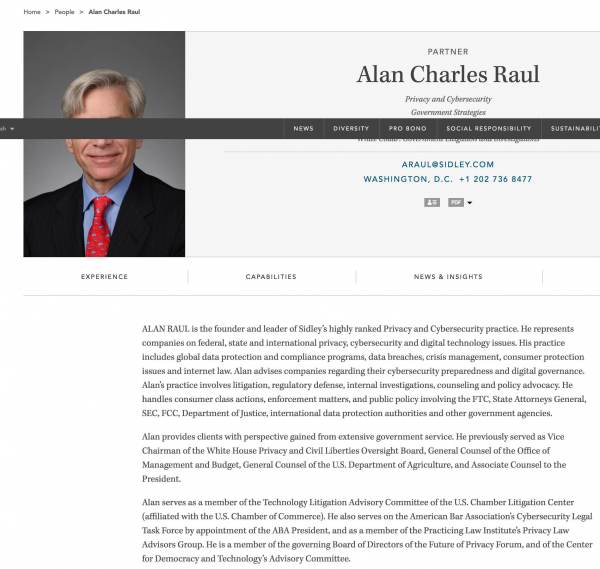 A press release from the organization, obtained by TGP, shows them celebrating the fact that Tomeka Hart has also served on the Center for American Democracy and Technology’s advisory board.

Tomeka Hart – Center for De… by Jacob Engels on Scribd