The religion of secret societies, most of them anyway, is the Luciferian doctrine. Sun Tzu (The Art of War) wrote, “Therefore I say: Know your enemy and know yourself; in a hundred battles you will never be in peril. When you are ignorant of the enemy, but know yourself, your chances of winning or losing are equal. If ignorant both of your enemy and of yourself, you are certain in every battle to be in peril.” Too many sheeple are unaware of the enemy and his tactics to deceive, manipulate, and even lure us to our own death.

The Hebrew word satan means “an adversary, one who resists.” He is the representative, promoter, and advocate of that “opposition in all things.” Satan was translated into the Greek word for adversary, ‘Diabolos’ from which the word Devil was derived. In Islam again we find a similar term the Shaitan, which roughly means and is translated as ‘The one who rebels.‘ So corresponding to the earlier discussion on the Cosmic Battle, again we have this theme of adversaries and opposition. Luciferians believe they are the elite, enlightened ones of this world. Though Lucifer and Satan are the same person, they see it differently and view Satanist on a lower level. 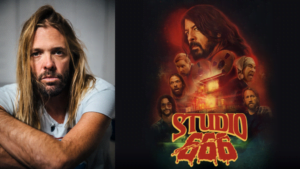 On March 25th, the music world was shocked by the unexpected death of Taylor Hawkins, the drummer of the Foo Fighters. The 50-year-old musician was found unresponsive in his hotel room in Bogota, Colombia, where his band was scheduled to perform in the evening. The circumstances surrounding Hawkins’ death remain vague. However, forensic investigators quickly concluded that the rocker suffered a “cardiovascular collapse after ingesting a ...
Read More
December 9, 2021 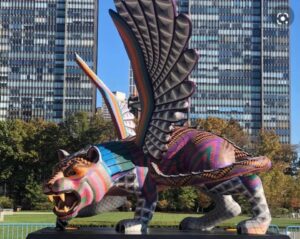 UN Unveils Beast of Revelations Statue at its HQ in NYC

One of the strangest statues that I have ever seen in my entire life has just been set up right outside UN Headquarters in New York City.  When I first heard about this, I could hardly believe that the global elite would be so brazen, and so I checked into this very carefully.  Unfortunately, this is not just a bad rumor.  This absolutely gigantic statue is called ...
Read More
November 5, 2021 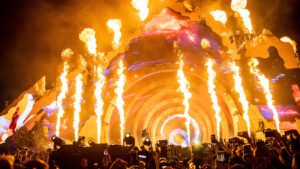 Travis Scott’s “Astroworld” festival ended up killing at least eight people. However, the show never stopped. Quite to the contrary, it was a crescendo of dark imagery which was described by some as “knocking on the gates of hell”. Here’s a look at the insanity that was Astroworld 2021. Reports emerging from the Astrowold festival, which took place in Houston on November 5th, are horrifying. Travis Scott’s concert, ...
Read More
October 21, 2021 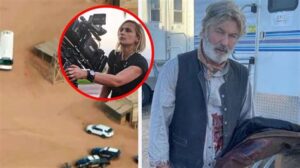 The official narrative is that "at the Bonanza Creek Ranch in Bonanza City, New Mexico, cinematographer Halyna Hutchins was fatally shot and director Joel Souza was injured on the set of the film Rust when a prop revolver discharged a live round while being used by actor Alec Baldwin. The weapon had not been thoroughly checked for safety in advance." (Wikipedia) Alec Baldwin claimed he didn't pull the trigger. This could not be the case according ...
Read More
April 15, 2021 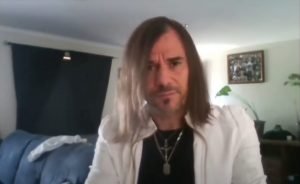 Altijan Juric (born 10 June 1975), best known by his stage name Altiyan Childs, is an Australian singer-songwriter. He was the winner of the second season of The X Factor Australia in 2010, and subsequently signed with Sony Music Australia. His debut single "Somewhere in the World" reached the top-ten in Australia and New Zealand and his self-titled debut album peaked at number three on the ARIA Albums Chart; and was certified platinum. His second studio ...
Read More
March 29, 2021 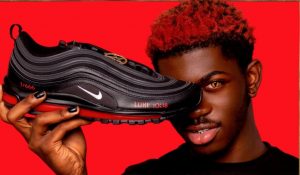 Rapper Lil Nas X unveiled a limited edition pair of “Satan shoes” that contain human blood and are limited to 666 pairs. The “Old Town Road” singer is released the pair of shoes on March 29 as a collaboration with the custom sneaker brand MSCHF. The shoes start at $1,018 and contain “60cc ink and 1 drop of human blood.” MSCHF x Lil Nas X "Satan Shoes" ...
Read More
January 12, 2021 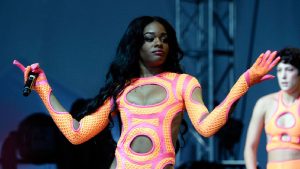 Is she mentally deranged? Or was she simply engaging in typical music industry witchcraft? Why not both? Sometimes I re-read the headlines I find myself writing and I’m stunned by their absurdity. On the other hand, one can never be fully surprised by anything when dealing with the dark side of the entertainment industry. Because a lot of people in that industry are into very sick ...
Read More
December 11, 2020 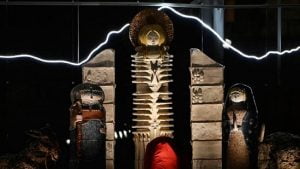 The Vatican’s 2020 Nativity scene is a bizarre collection of ugly pieces that include an astronaut and an executioner wearing a horned mask. Furthermore, the entire thing is replete with occult symbolism. Here’s a look at this puzzling display. And, once the red drape covering the scene was removed, the crowd discovered a towering, brutalist, and totem-like Angel Gabriel staring back at them, along with an ...
Read More
November 21, 2020 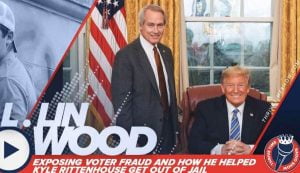 Trump Attorney L. Lin Wood: “Every Lie Will Be Revealed – They’re Going to be Shocked at Level of Pedophilia – Satanic Worship”

Attorney L. Lin Wood held an interview with “The Thrive Time” Show hosts Clay Clark and Dr. Robert Zoellner and boy did he NOT hold back! Attorney Lin Wood: So the Supreme Court is being aligned. They Department of Defense was recently realigned by the president. Take a look at how he put in place, a cyberterrorism and terrorism expert. As I said look at what he ...
Read More
October 27, 2020 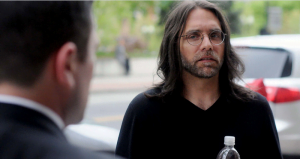 Authored by John Vibes via TheMindUnleashed.com, Keith Raniere, the leader of the Hollywood sex cult NXIVM, was sentenced to 120 years in prison on Tuesday. Initially, the 60-year-old cult leader was facing just 15 years for charges of sex-trafficking, racketeering, child pornography, and forced labor. However,  Brooklyn federal court Judge Nicholas Garaufis used his discretion to increase the sentence to 120 years. Raniere was also ordered to pay a ...
Read More