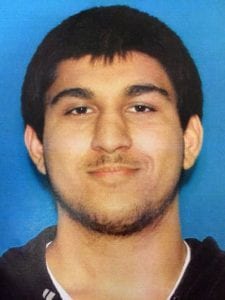 Five more people have lost their lives to an out of control man under the care of a psychiatrist. Arcan Cetin had been diagnosed with ADHD, depression and autism. Records show that doctors were gravely concerned about their patient. [1] Unfortunately this concern was not translated into action, for on September 24th, the armed Cetin arrived at the mall armed with a rifle. His first victim was a beautiful young girl shopping for clothes. He killed her without a second thought. Before a minute had passed, he had murdered three more women and a man. [2]

Cetin allegedly carried a Ruger rifle into a Macy’s in the Cascade Mall in Burlington, Wash., on Sept. 23, 2016, and opened fire. A teenage girl, a man and three women died. Cetin fled and was caught the next day near his apartment. He was charged with five counts of first-degree murder. According to court documents, Cetin confessed to the crimes, telling detectives “he did bring the rifle into Macy’s and shot all 5 victims,” although he did not say why.

Kaholokula told NPR that Cetin had not yet entered a plea in the case and he was awaiting an evaluation on whether he was competent to stand trial. A court hearing was scheduled for next week. Cetin was a Turkish-born, legal U.S. resident. Even before the mall shooting, about 65 miles north of Seattle, he was known to law enforcement. The Seattle Times reports Cetin’s criminal record included three domestic-violence assault charges and that a judge had told him he was not to possess a firearm.

A year later he was found dead in his jail cell. Arcan Cetin, 20, appeared to have hanged himself at the Snohomish County Jail, Skagit County prosecutor Rosemary Kaholokula told NPR. Cetin had recently been transferred to the Snohomish County Jail from Skagit County Corrections at the request of his public defenders. The Times reports that he had talked to fellow inmates about his case, potentially setting them up to be used as witnesses against him during trial.

How could this happen, when just months earlier a counselor wrote, “Arcan is in the Preparation stage of change, he now realizes that he has a problem and wants to make a change.” It was also noted by this counselor in a court memo that Cetin was working two jobs and claimed not to have used alcohol or marijuana in three months.

Apparently the fact that Cetin was treated with psychiatric drugs Prozac as well as Guanfacine to treat ADHD didn’t trouble the counselor, despite Prozac’s known suicidal and homicidal side effects. [3]

Psychiatrist Hyla Cass in a Huffington Post  article from 2013 states, “A common thread amongst the most horrific school shootings of the past 25 years is that the majority of the shooters were taking a psychiatric medication.”

Dr. Cass also points out, “Many legal cases, with closed books due to settlement, document cases of suicides and homicides in individuals who had not been violent prior to taking medication, and often they were newly prescribed or on an increased dose.”

Some examples of people committing mass murder while on antidepressant drugs includes Jeffrey Weiss, who killed 10 during a shooting rampage in March of 2005. Earlier that same day he murdered his grandfather and his grandfather’s girlfriend. Weiss was taking Prozac.

Eric Harris was on the antidepressant Luvox when he became infamous as one of the Columbine High School shooters.

Dr. Cass references a study of reports to the FDA regarding drug-induced violence. This study demonstrates that in antidepressant users, there is an 840% increased rate of violence. [4]

Who is at Fault? 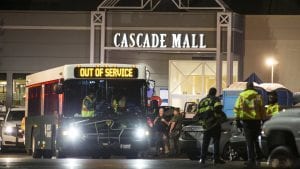 The families of the Seattle victims have every right to demand Arcan Cetin’s psychiatrist take responsibility for his murderous rampage. The possible homicidal side effects of Prozac have been well known for many years, and psychiatrists can no longer plead innocence.

However, it is perhaps rather important to remember that the psychiatrist does not understand the mind and freely admits that he is unable to cure any mental disorder. [5]

While the search continues for a “motive” behind the killings, the fact that Cetin was taking psychiatric drugs gets little press. And whether or not there was a “motive” behind Cetin’s psychiatrically drug-addled mind is a moot point. The man was under a psychiatrist’s care, and the drug he was on is known to cause homicidal behavior in some users.

That should be enough to have this drug banned forever.