[WASHINGTON, D.C. – Dec. 15, 2021] Project Veritas published a story today featuring graphic texts and videos provided by a source that show a producer for CNN fantasizing about molesting his fiancé’s daughter.

In one text exchange, the producer tells the source how his fiancé’s daughter “was wearing very closely cut bottoms at the pool,” before using graphic language to describe how he could see the outline of her private parts.

Other texts were too graphic and sickening to directly quote. The messages and videos were obtained by a woman who engaged in a sexual relationship with the producer in question for a decade.

Project Veritas’ first course of action was to reach out to authorities. Following that, we reached out to the mother of the children to ensure their safety. Project Veritas then reached out to his employer, CNN, to inform them of the situation and give them the opportunity to comment. As of this press release, we are still awaiting a response.

These revelations come on the heels of the arrest of former CNN employee, John Griffin, who was charged with three counts of using a facility of interstate commerce to attempt to entice minors to engage in unlawful sexual activity.

To protect the children, Project Veritas is not yet releasing information about anyone involved in the story, including the producer. 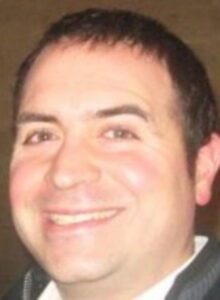 After ensuring the family involved is safe, Project Veritas made the decision (2 days later) to release the pedo producer’s name, Rick Saleeby.

Saleeby is a producer on The Lead with Jake Tapper.

Project Veritas reached out to CNN multiple times for comment, but as of this writing, they are yet to respond.

The mother of the children involved in this story sent Project Veritas the following heartfelt note. We have redacted some parts, to further protect their identity, and request everyone give them privacy during this difficult time:

“I wanted to reach out to sincerely thank you again. I am very grateful toward you guys and everything you’ve done for me and my children. Our world has just been completely flipped upside down, but none of that matters. We are all safe. I’m hoping, praying, and pushing for charges to be brought against him, so he can never do this to another child/family again.

I want the public and any predators to know, without a shadow of a doubt, that I will go to the absolute ends of the earth to protect my babies. And I am tremendously grateful that you guys have saved us all from him.

Despite the hardships ahead, I am going to continue to sit with these feelings of gratitude toward you guys and the woman who provided you with the information. Gratitude will get us through to the other side of all this. Thank you from the bottom of my heart and Merry Christmas. ❤️”