The Council of People’s Commissars (the government) ordered the surrender of all firearms, ammunition, and sabres. As has been the case in almost every nation where firearms registration has been introduced (see April 1, 1918), registration proved a prelude to confiscation. Exempt from the confiscation order, however, were members of the Communist Party. A 1920 decree imposed a mandatory minimum penalty of six months in prison for (non-Communist) possession of a firearm, even where there was no criminal intent. Financial rewards were offered for informants who turned in persons possessing unlicensed guns. – Decree of the Council of People’s Commissars, 10 December 1918, reprinted in 4 Decrees of Soviet Power 123 (Moscow 1968)

Soviet dissidents who wished to keep their firearms went from this fear of neighborhood informant to police searches over the next 10 years as the government became more and more oppressive. The result was tens of millions of deaths under a tyrannical government that targeted certain groups (particularly Christians)

Russian warns Americans not to fall for “you can trust us” trick.

“Moscow fell to the Bolsheviks not from a lack of weapons to defend it, but from the lying guile of the Reds.”

“Do not be fooled by a belief that progressives, leftists hate guns. Oh, no, they do not. What they hate is guns in the hands of those who are not marching in lock step to their ideology.”

The Illuminati and Freemasons who run the USA and Europe are cut from the same cloth as the Russian Bolsheviks who committed unspeakable atrocities. They are behind the recent theatre and school massacres which are designed as a pretext to disarm Americans. Even as their paid political and media mouthpieces demand gun control, DHS is stocking up with millions of rounds of lethal ammunition.  Historically, gun confiscation is followed by genocide, according to the documentary ‘Innocence Betrayed’ (see full video at bottom of page).

“And how we burned in the camps later, thinking: What would things have been like if every Security operative, when he went out at night to make an arrest, had been uncertain whether he would return alive and had to say good-bye to his family? Or if, during periods of mass arrests, as for example in Leningrad, when they arrested a quarter of the entire city, people had not simply sat there in their lairs, paling with terror at every bang of the downstairs door and at every step on the staircase, but had understood they had nothing left to lose and had boldly set up in the downstairs hall an ambush of half a dozen people with axes, hammers, pokers, or whatever else was at hand?

“Russian says: Americans Never Give Up Your Guns,” (abridged)

These days, there are few things to admire about the socialist, bankrupt and culturally degenerating USA, but at least so far, one thing remains: the right to bear arms and use deadly force to defend one’s self and possessions.

This will probably come as a total shock to most of my Western readers, but at one point, Russia was one of the most heavily armed societies on earth. This well armed population was what allowed the various White factions to rise up, no matter how disorganized politically and militarily they were in 1918 and wage a savage civil war against the Reds.

It should be noted that many of these armies were armed peasants, villagers, farmers and merchants, protecting their own. If it had not been for Washington’s [i.e. Illuminati Jewish bankers] clandestine support of and for the Reds, history would have gone quite differently. 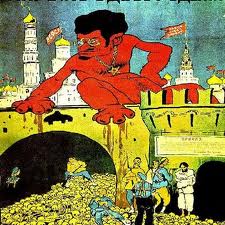 Moscow fell, for example, not from a lack of weapons to defend it, but from the lying guile of the Reds. Ten thousand Reds took Moscow and were opposed only by some few hundreds of officer cadets and their instructors.
Even then the battle was fierce and losses high. However, in the city alone, at that time, lived over 30,000 military officers (both active and retired), all with their own issued weapons and ammunition, plus tens of thousands of other citizens who were armed.

The Soviets promised to leave them all alone if they did not intervene. They did not and for that were asked afterwards to come register themselves and their weapons: where they were promptly shot.

Of course being savages, murderers and liars does not mean being stupid and the Reds learned from their Civil War experience. One of the first things they did was to disarm the population.

From that point, mass repression, mass arrests, mass deportations, mass murder, mass starvation were all a safe game for the powers that were. The worst they had to fear was a pitchfork in the guts or a knife in the back or the occasional hunting rifle. Not much for soldiers. 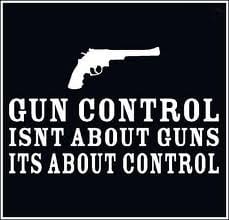 To this day, with the Soviet Union now dead 21 years, with a whole generation born and raised to adulthood without the USSR, we are still denied our basic and traditional rights to self defense.

No it is about power and a total power over the people. There is a lot of desire to bad mouth the Tsar, particularly by the Communists, who claim he was a tyrant, and yet under him we were armed and under the progressives disarmed.

So, do not fall for the false promises and do not extinguish the light that is left to allow humanity a measure of self respect.