The day after Ronald Reagan’s inauguration, Searle Chairman Donald Rumsfeld took the steps to re-apply aspartame’s approval for use by the FDA. New FDA commissioner Arthur Hayes Hull, Jr., appointed a 5-person Scientific Commission to review the board of inquiry’s decision to ban Aspartame. It did not take long for the panel to decide 3-2 in favor of maintaining the ban of aspartame. Hull then decided to appoint a 6th member to the board, which created a tie in the voting, 3-3. Hull then decided to personally break the tie and approve aspartame for use. Hull later left the FDA under allegations of impropriety, served briefly as Provost at New York Medical College, and then took a position with Burston-Marsteller. Burstone-Marstella is the chief public relations firm for both Monsanto and GD Searle. Since that time he has never spoken publicly about aspartame.

It all starts in the mid 1960’s with a company called G.D. Searle. One of their chemists accidentally creates aspartame while trying to create a cure for stomach ulcers. Searle decides to put aspartame through a testing process which eventually leads to its approval by the FDA. Not long after, serious health effects begin to arise and G.D. Searle comes under fire for their testing practices. It is revealed that the testing process of Aspartame was among the worst the investigators had ever seen and that in fact the product was unsafe for use. Aspartame triggers the first criminal investigation of a manufacturer put into place by the FDA in 1977. By 1980 the FDA bans aspartame from use after having 3 independent scientists study the sweetener. It was determined that one main health effects was that it had a high chance of inducing brain tumors. At this point it was clear that aspartame was not fit to be used in foods and banned is where it stayed, but not for long. 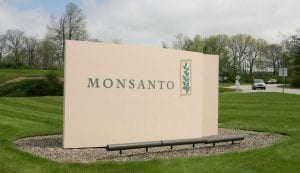 It is clear to this point that, if anything, the safety of aspartame is incredibly shaky.  It has already been through a process of being banned and without the illegitimate un-banning of the product, it would not be being used today. Makes you wonder how much corruption and money was involved with names like Rumsfeld, Reagan and Hull involved so heavily. In 1985, Monsanto decides to purchase the aspartame patent from G.D. Searle. Remember that Arthur Hull now had the connection to Monsanto. Monsanto did not seem too concerned with the past challenges and ugly image aspartame had based on its past. I personally find this comical as Monsanto’s products are banned in many countries and of all companies to buy the product they seem to fit best as they are champions of producing incredibly unsafe and untested products and making sure they stay in the market place.

Since then, aspartame has been under a lot of attack by scientists, doctors, chemists and consumers about it’s safety and neurotoxic properties. Piles of comprehensive studies have been completed that show aspartame is a cause for over 90 serious health problems such as cancer, leukemia, headaches, seizures, fibromyalgia, and epilepsy just to name a few.