On 30 June 2015, Tom DeLay appeared on Newsmax TV, where he told host Steve Malzberg that, just as he had predicted, all Hell is now breaking loose because of the Supreme Court ruling striking down gay marriage bans. Things are now so out of control, DeLay said, that he even knows about a “secret memo” from the Justice Department aimed at legalizing “12 new perversions,” including bestiality and pedophilia.

“We’ve already found a secret memo coming out of the Justice Department,” DeLay claimed. “They’re now going to go after 12 new perversions, things like bestiality, polygamy, having sex with little boys and making that legal. Not only that, but they have a whole list of strategies to go after the churches, the pastors, and any businesses that tries to assert their religious liberty. This is coming and it’s coming like a tidal wave.”

Malzberg, who was predictably shocked by the news that Department of Justice was now going to seek to legalize things like pedophilia, asked DeLay to clarify that that was what he had just claimed and DeLay assured him that it was.

“That’s correct,” he said. “They’re coming down with 12 new perversions. LGBT is only the beginning. They are going to start expanding it to the other perversions.”

March 2019: Alex Jones discusses Tom Delay’s revelation and how the evil elite are implementing the agenda:

The International Planned Parenthood Federation are now advocating the “right” to consent to sex acts become a plank the platform of the United Nations “Rights of the Child” Treaty.   The international abortion NGO released two documents to be used by child sex advocates as part of a media blitz, directing children of any age to “explore avenues of sexuality”, and directly attacking the protective role of the parents.

This UN council plans on punishing “violators and abusers of the rights of the child” as defined by UN tribunal. Planned Parenthood, fronting for gay and pedophile NGO’s, want heterosexual values such as chastity and age of consent, ruled a violation of children’s “sexual rights.”

LifeNews/CFAM writes; “The sexual rights guide “Exclaim!” calls for a cornucopia of sexuality and gender protections and entitlements under the guise of international law.”

(left, campaigns to stop child sexual exploitation seem to have opposite effect.)

“Governments must respect, protect and fulfill all sexual rights for young people,” the publication states. The guide is designed to help young people become sex advocates.”

“Young people are sexual beings.” and “…All people under 18 should enjoy the full range of human rights, including sexual rights…”

It goes on to demand the removal of parental and spousal consent laws that prevent minors from “seeking reproductive health services” without parental knowledge and consent.   The documents encourage children as young as ten to “become sexual rights advocates”.

This “Exclaim!” text is drawn from the “Basic Sexual Rights” manifesto of the “Institute for Advanced Study of Human Sexuality,” headquartered in San Francisco. It refers to under-aged as sexually “disadvantaged.”

“The recognition by society that every person, partnered or unpartnered, has the right to the pursuit of a satisfying consensual sociosexual life free from political, legal or religious interference and that there need to be mechanisms in society where the opportunities of sociosexual activities are available to the following: disabled persons; chronically ill persons; those incarcerated in prisons, hospitals or institutions; those disadvantaged because of age…”

If you have any doubt they’re not referring minors and children, please watch The Kinsey Syndrome and see the Institute’s website

Kinsey and his Institute aided an international network of pedophiles.  One reason for the astounding immunity of such “child sexual rights advocates” is the covert support of highly placed perverts in government, including the blackmail of some very important men.

This story is really about preventing parents from protecting their children from sexual predators – including the State.

What IPPF’s “Sex Rights for Children’ means is that a 12-year-old can get an abortion through Planned Parenthood without the parents knowledge or approval.  It also affirms the child’s “right” to “gay” lessons on the tax payers dime at school. Finally, it affirms the “right” to consent to sexual “explorations” with anybody,  regardless of age or gender “choice”. 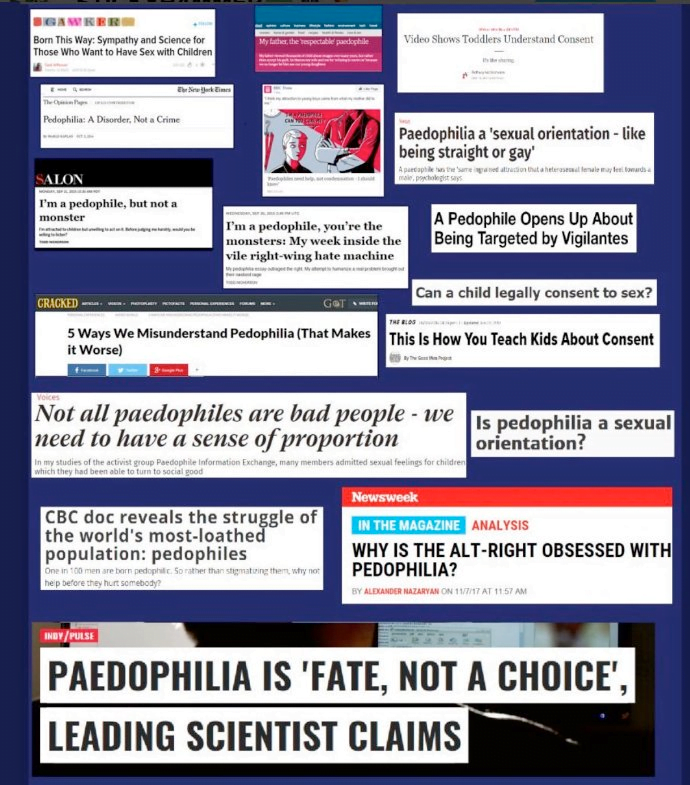