“I mean, that’s specifically what I was told, is ‘You have to do something about these people.’” Torba said during an interview with TruNews. “He called them Jew haters, I call them Jew criticizers.”

Torba said his refusal to “sell out” and “compromise on Gab’s free speech policies” was a deal-breaker for Kushner and Trump’s handlers which kept him from joining the site.

“Some of these people believe that anyone who criticizes or even has remotely any sort of criticism towards Jewish people or towards Israel or towards international policy, is all of a sudden an anti-Semite right, which is totally absurd on its face,” Torba continued.

On Saturday, the day Trump joined Rumble, the video hosting platform changed their terms of service to ban posts that are “anti-semitic” and “hateful.” 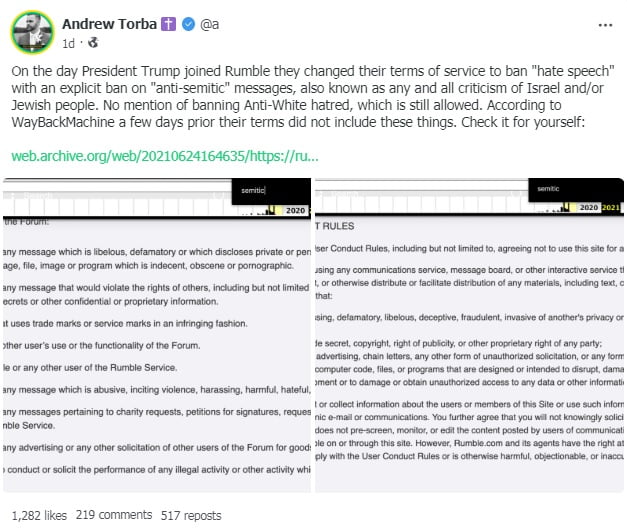