It is another nothing-burger.
Democrats want Americans to impeach President Trump for these perfect calls to the reformist Ukrainian president. 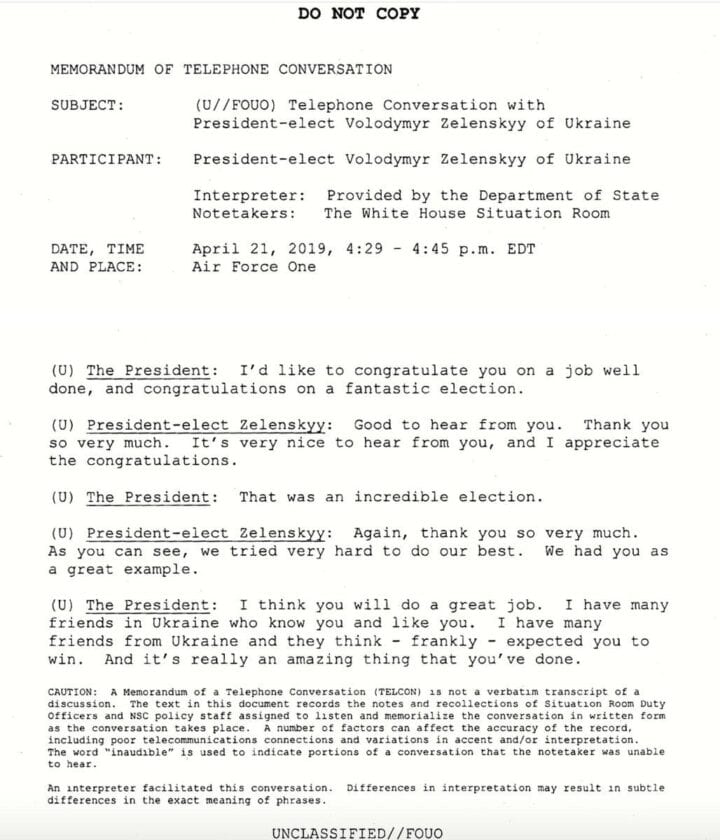 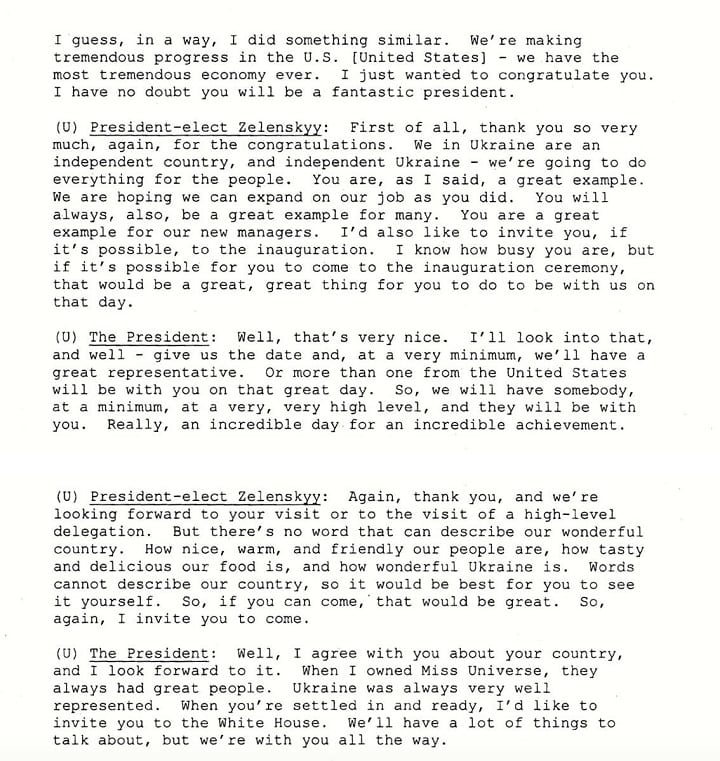 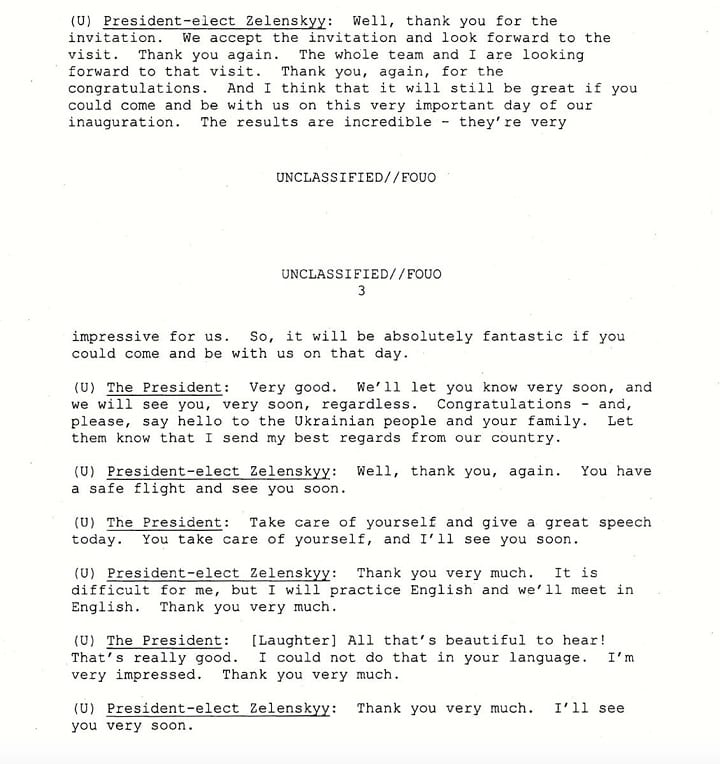 Another bland and respectful call.

The facts are in and President Trump hasn’t done anything wrong.

He released the transcript (which was perfect), there was no quid quo pro, and the whistle-blower doesn’t have a firsthand account of what happened.