We reached out to Paul Sperry tonight. Here is what he told us about his suspension.

Paul Sperry: There were no warnings. No rules were broken They just don’t like my content because of their politics. They’re trying to claim I’m a “robot” when of course they know better. Tyrants. This is the second time I’ve been harassed since Trump was banned. They are trying to push me off their platform and silence my voice through harassment. If they can harass and silence a professional journalist, they can silence anybody. 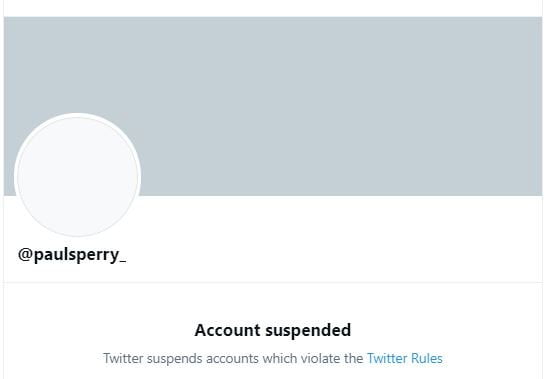