Twitter disabled “liking” and replying to multiple tweets from President Donald Trump about the election on Saturday morning.

The platform also removed the retweet count, so that people cannot see how many times it has been shared.

Users are now required to quote tweet the messages if they would like to share them. When you attempt to do so, a a window pops up saying “this claim about election fraud is disputed.” There is also a “find out more” button that takes you to a curated list of tweets about how “election fraud of any kind is exceedingly rare in the US, election experts confirm.” 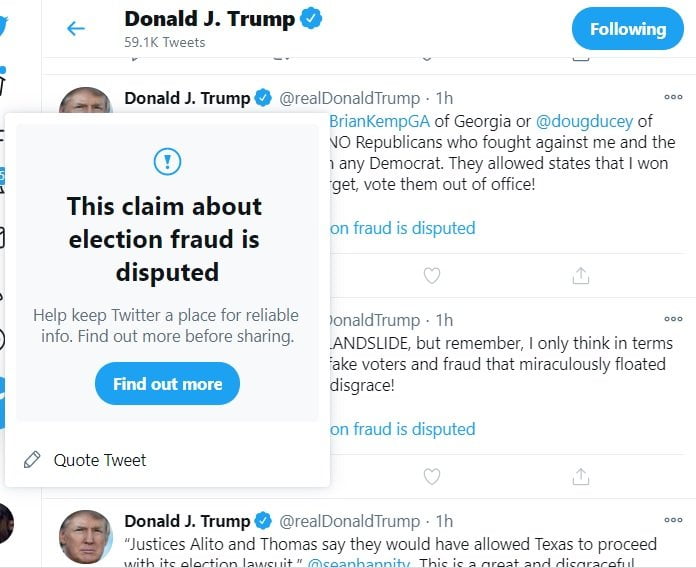 The tweets that Twitter is attempting to minimize include statements about how “the people of the United States were cheated, and our country disgraced,” and that he “WON THE ELECTION IN A LANDSLIDE.” 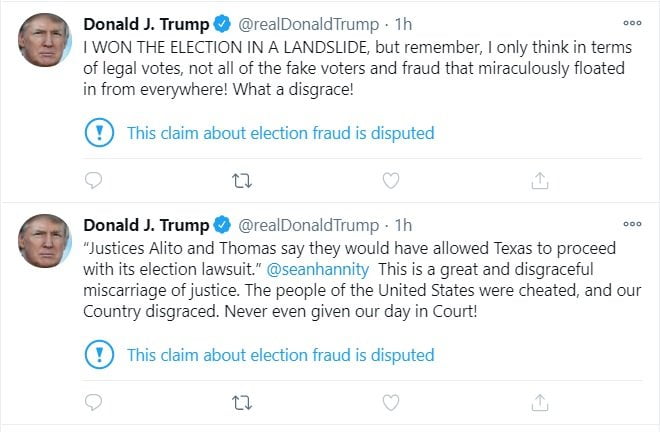 Another tweet that didn’t meet Twitter’s editorial policy included one that read, “Who is a worse governor, @BrianKempGA of Georgia or @dougducey of Arizona??? These are two RINO Republicans who fought against me and the Republican Party harder than any Democrat. They allowed states that I won easily to be stolen. Never forget, vote them out of office!”

Check out the great merchandise in the Gateway Pundit Store