Ukrainian Igor Pasternak, connected to George Soros, held a fund raisers for Adam Schiff asking for contributions between $1,000 and $2,500 per person… 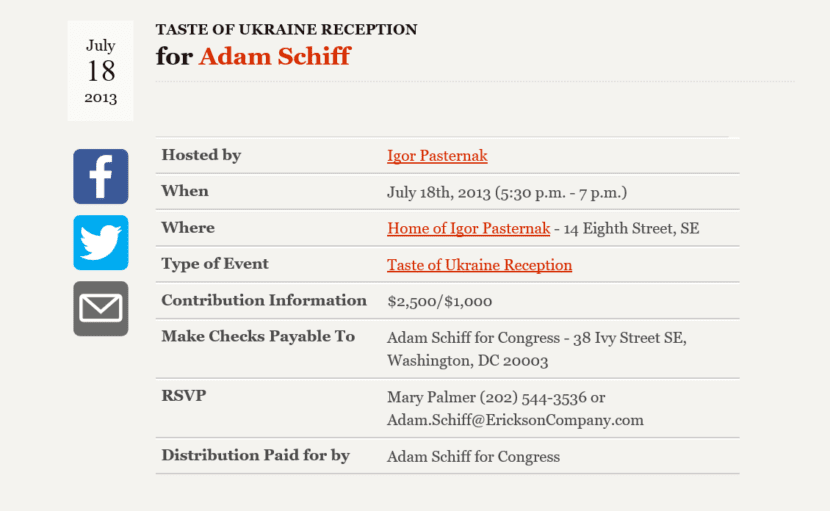 In 2019, Adam Schiff lead the House Intelligence Committee and in October 2019 he oversaw the Intel Committee where he attempted to align President Trump with some ‘trumped’ up allegations concerning his phone call with the President of the Ukraine. Perhaps his own pay-to-play scheme which remained a secret at the time, was part of the reason Schiff was so anxious to oust the U.S. duly elected President and prevent his investigation of Ukraine corruption.

Ukrainian arms dealer Pasternak met Pelosi at the fundraiser Pasternak held in Washington D.C. There is much more to this Ukrainian Arms Dealer that can be found at this link. Of course, Obama’s Secretary of State Kerry, his Vice President Biden and DNC operative Alexandra Chalupa are all connected.

Schiff also attended a fundraiser (2009) at the home of Tony Podesta, whose home includes some very disturbing art – the type of art that you would only expect in the home of a Satanist or pedophile.