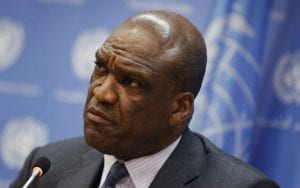 John Ashe, a former president of the U.N. General Assembly set to testify against Hillary Clinton only five days later, died from "traumatic asphyxia" when apparently a 'barbell fell on his neck'. Ashe was due in court with his Chinese businessman co-defendant Ng Lap Seng, who is charged with smuggling $4.5 million into the US since 2013 and lying that it was to buy art and casino chips. A source for reporter Richard Saunders said, “During the trial, the prosecutors would have linked Ashe to the Clinton bagman Seng. Seng also found ways to illegally funnel money to Democrats during ...
Read More
June 8, 2016 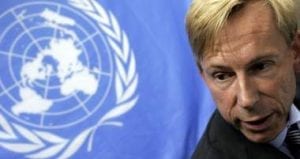 United Nations whistleblower Anders Kompass (shown), a human-rights official who exposed international so-called peacekeepers raping and exploiting children in Africa on a UN “peace” mission, announced on June 8, 2016 that he would be leaving the scandal-plagued international organization for good. Citing the “complete impunity” for officials and the “lack of accountability” that is “entrenched” in the UN, Kompass said it was “impossible” for him to continue working there. The implications of the resignation for the UN are enormous, and suggest that the problems plaguing the organization are systemic. Over the (previous) year, Kompass has become something of a ...
Read More
October 13, 2015 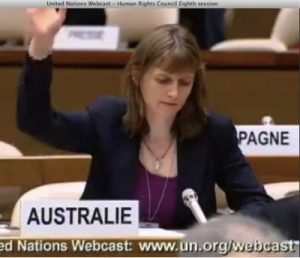 Miranda Brown worked for whistleblower Anders Kompass and came to his defense after he saw a report of troop members in the Sangaris Forces, deployed in the Central African Republic (CAR) by the government of France, sexually abused destitute boys at a camp for the displaced. The abuse continued for months, at the very least, and no one did anything to stop it. One human rights officer documented it but did not intervene, and then sent her report to OHCHR in Geneva. Kompass, a senior official there and a Swedish national, informed the French government. French law enforcement immediately ...
Read More
February 28, 2014 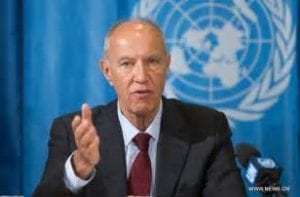 A senior UN official alleges that Francis Gurry, the Australian head of the world body’s intellectual property agency, engineered the theft of personal items from employees to extract DNA samples, and then covered it up by intimidation and by suppressing attempts to investigate it, according to a legal complaint filed recently at a UN tribunal in Geneva. The allegations are expected to hurt Gurry’s chances for reelection next week as director-general of the UN’s World Intellectual Property Organization (WIPO), a bid already weakened amid controversy over his role in running what a bipartisan group of U.S. lawmakers described as “a ...
Read More
February 13, 2013 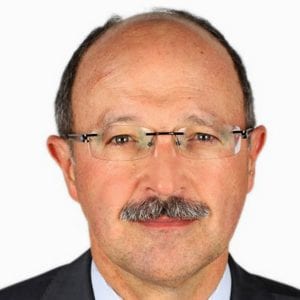 As early as 13 February 2013, UN human-rights officer Emma Reilly reported to the top UN human-rights official at the time that another senior UN official, Eric Tistounet, had been giving the Beijing dictatorship the names of Chinese human-rights advocates who were planning to attend a session of the UN “Human Rights Council” in Geneva examining the Communist Chinese regime's human-rights record. Reilly believed that giving the names of those activists to the brutal dictatorship, which has a long history of mass murder and brutal persecution of dissidents, would put them in danger and potentially prevent them from appearing ...
Read More
October 30, 2009 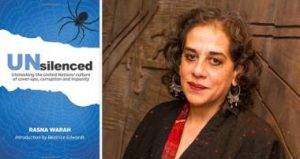 UN Whistleblower, Rasna Warah, Who Exposed a Culture of Corruption Only to be Retaliated and Attacked for Reporting the Wrongdoing

When she stumbled across massive corruption and made-up statistics in her job at the United Nations, Rasna Warah knew she needed to act. But when she tried to blow the whistle, she was viciously attacked, publicly humiliated, threatened, intimidated, and more. Unfortunately, though, as Warah explains in her new book UNsilenced: UNmasking the United Nations' Culture of Cover-ups, Corruption and Impunity, her case is far from unique. In fact, the corruption and lawlessness across the UN appears to be systemic. Some of the cases described in the book and the pages of The New American magazine make the scandals ...
Read More
July 18, 2003 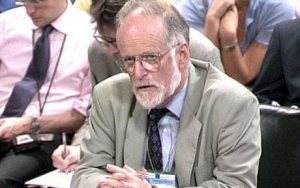 Dr. David Kelly, a British biowarfare expert and key source for many of the newspaper articles doubting the Mobile weapons labs of Iraq (which turned out to be false, is found dead on Harrowdown Hill, near his home in Oxfordshire. Ruled a suicide by the official judicial inquiry chaired by Lord Hutton, now a group of British doctors is challenging the Attorney General’s decision not to hold a coroner’s inquest into the death, citing the overlooked, suppressed and modified evidence suggesting Dr. Kelly was murdered. They found that Lord Hutton had taken the extraordinary measure of classifying all of ...
Read More
November 26, 1959 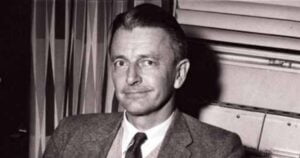 After a UN official blew the whistle on a UN coverup of Soviet atrocities in Hungary, he was fired, persecuted, and eventually died in a suspicious “suicide.” Here is his story. After blowing the whistle on the UN, Paul (Povl) Bang-Jensen (shown), a United Nations official from Denmark, warned his wife and friends never to believe it if they were told that he had “committed suicide.” Then, supposedly, he “committed suicide.” That tragedy took place more than 50 years ago. More recently, UN persecution of whistleblowers has made headlines around the world. Most infamous, perhaps, was the case of ...
Read More